His lawsuit had caused a backlash among a number of crypto enthusiasts, including other YouTubers, with critics claiming BitBoy Crypto had simply drawn more attention to Atozy's video. 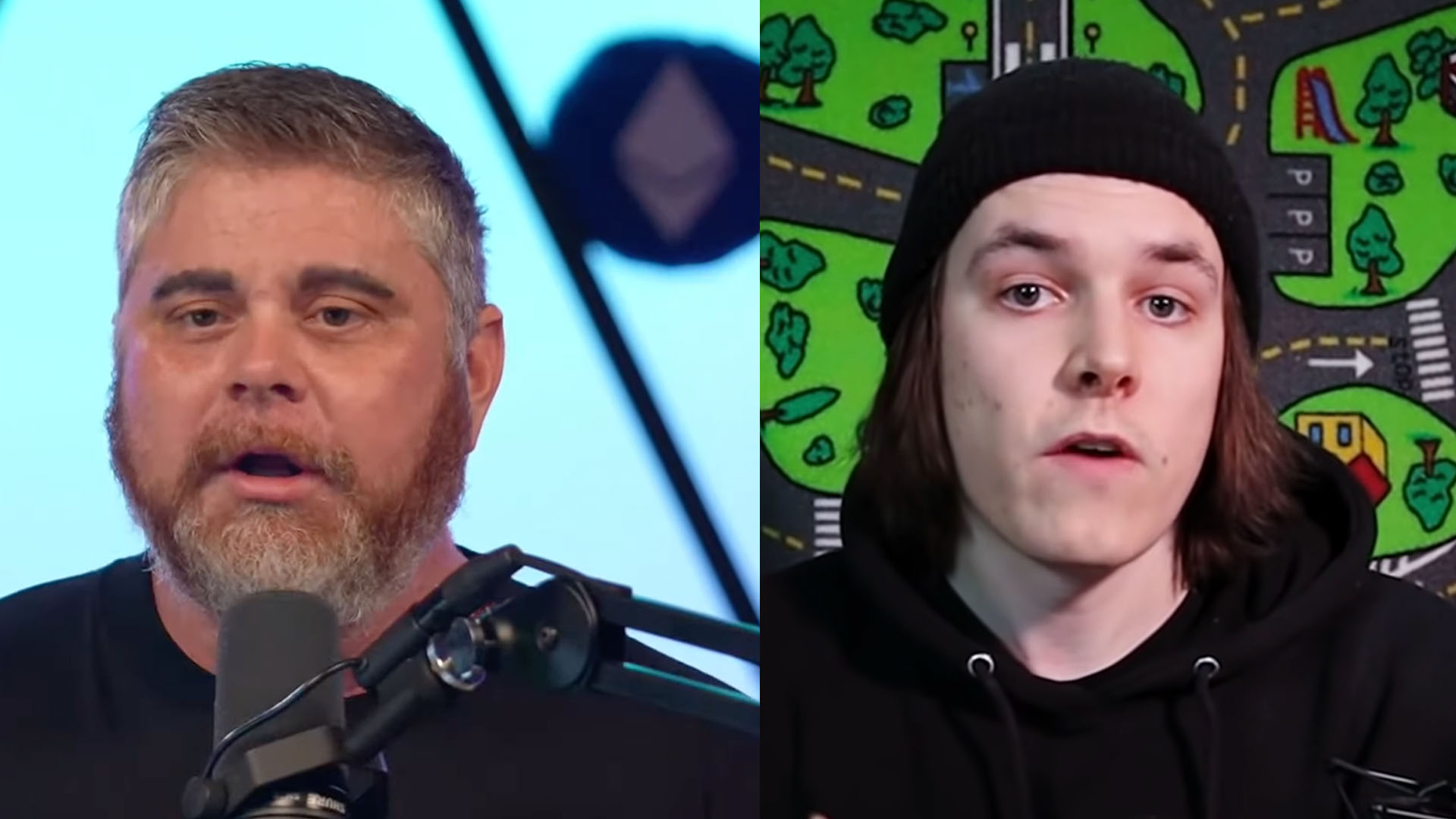 A crypto YouTuber has announced that he's abandoning a defamation lawsuit against a rival streamer.

BitBoy Crypto had taken Atozy to court over a video that was published last November.

In it, Atozy had repeatedly called BitBoy Crypto a "dirtbag" and claimed that he "milks his audience for a quick buck rather than giving them genuine advice."

The clip went on to discuss an altcoin called PAMP, which was featured in one of BitBoy Crypto's sponsored videos.

It includes footage from BitBoy Crypto where he suggests the project was "guaranteed to increase in price."

BitBoy Crypto — whose real name is Benjamin Armstrong — was seeking more than $75,000 in damages after claiming Atozy's video was "a hit job, an attack piece, not some investigative report."

In a video on Wednesday, BitBoy Crypto had insisted that the case wasn't about money.

He explained that — even though PAMP had gone through research before it was promoted on his channel — it rug pulled four months later. This caused a number of people, including himself, to lose money.

BitBoy Crypto said the incident had led him to ensure he never covered anonymous teams again — and his YouTube channel no longer features sponsored videos.

His lawsuit had caused a backlash among a number of crypto enthusiasts, including other YouTubers, with critics claiming BitBoy Crypto had simply drawn more attention to Atozy's video.

Why Lawsuit Was Dropped

Atozy confirmed he had been served with the lawsuit on Monday — and later announced he was crowdfunding so he could defend himself in court. This led Cobie, a prominent influencer in the space, to send a donation of $100,000.

Confirming that he was performing a U-turn, BitBoy Crypto said:

"I didn't understand that my name is now so big that if I filed a lawsuit it would be found and made public. Obviously, if this would have been public, I wouldn't have done it. Not because I want to hide it, but because all we were trying to do was get him to take down the video that had factually wrong information that has implications for me as a person."

And going into detail on some of these implications, he added:

"When my kids go and Google their dad… you know what comes up? That video. You ever had your kids look you in the face and say 'Dad, are you a scammer?'"

BitBoy Crypto went on to insist that he wouldn't do anything that caused his followers to lose money — but admits that mistakes have been made in the past.

He apologized that the lawsuit had gone public, and said it was "100%" being dropped. However, BitBoy Crypto stressed that it wasn't "frivolous" — and suggested Atozy's allegations could have landed him in hot water with the U.S. Securities and Exchange Commission.

"Atozy won. You're the winner here. He's the winner, I'm the loser. I just hope that he listens to this — I'm sorry you had to go through this — and removes the video, or at least takes that part out. You can edit the wrong parts and keep it up."

Atozy is now calling on BitBoy Crypto to prove that the lawsuit has been dismissed by posting a copy of the document that is marked "with prejudice," and added:

"I'm blown away from the support. In less than 24 hours we raised roughly $200,000. Once I have the confirmation it's officially pulled. I will be refunding everyone who donated.  Thank you guys for saving me."

Crypto News
CoinMarketCap News, Dec 5: Top Democrat Faces Backlash over Tweet to SBF
Some are accusing Maxine Waters of being too friendly with FTX's founder during her attempts to get him to testify in Congress.
Bởi Connor Sephton
28 minutes ago
3m"
Crypto News
Podcast: SBF Owned 90% of Alameda... Why Doesn't He Know What Happened?
Also today — liquidators at Three Arrows Capital clash with the bankrupt crypto hedge fund's co-founders.
Bởi Connor Sephton
1 hour ago
1m"
Crypto News
SBF Vows to Testify in Front of Congress After FTX Collapse… But Doesn't Say When
"Once I have finished learning and reviewing what happened, I would feel like it was my duty to appear before the committee and explain," he tweets.
Bởi Connor Sephton
3 hours ago
2m"
See all articles