Snowden is best known for his time as a whistleblower at the National Security Agency, where he released thousands of documents that revealed how the U.S. was spying on its own citizens. 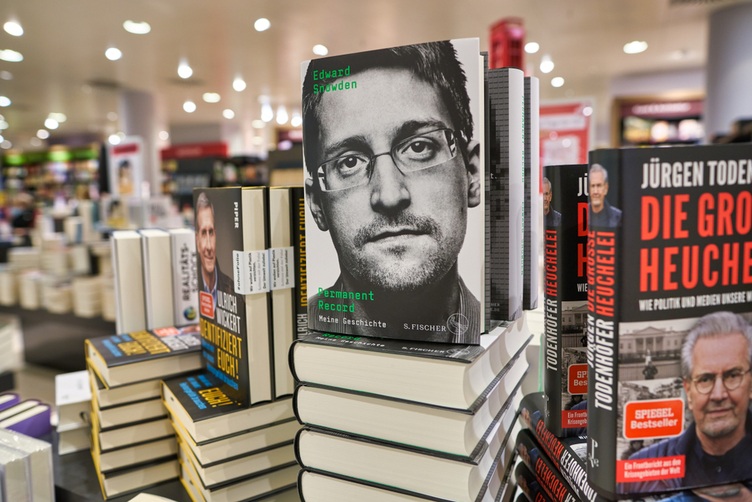 Edward Snowden has revealed he's one of the co-founders of Zcash.

The identities of five people who created the well-known privacy coin have been known for some time.

But the real name of the sixth — who was only known by the pseudonym "John Dobbertin" — has remained a mystery.

Snowden is best known for his time as a whistleblower at the National Security Agency, where he released thousands of documents that revealed how the U.S. was spying on its own citizens.

He's taken part in a new documentary documenting the history of Zcash — and gave fellow co-founder Zooko Wilcox permission to disclose his involvement "as long as it is clear that I was never paid and had no stake."

Snowden has been living in Russia for several years after receiving asylum in the country.

Since gaining mainstream recognition, he has been a strong privacy advocate and has praised coins like Zcash.

Still, his direct involvement in the coin's development alongside CoinCenter researcher Peter Van Valkenburgh and Bitcoin Core developer Peter Todd came as a surprise to most. In the interview, Snowden said:

"I saw it being worked on by a number of trusted academic cryptographers and I thought it was a very interesting project."

Snowden also voiced criticism of Bitcoin, calling its privacy an "open disaster" that everyone is aware of. Despite his exchanges with core developers aware of the issue, privacy improvements are moving slowly.

Zcash co-founder Peter Todd shared a stunning description of the lengths he had to go through in order to ensure maximum security for Zcash's launch.

In an interview with CoinDesk, he describes how he conducted "Operation: Cypherpunk Desert Bus" — the same operation Snowden was a part of.

Zcash's concealed transactions occur in two pools called "Sprout" and "Sapling." Both require their own key for access.

At the heart of the operation was the split of Zcash's key — at that time only the "Sprout" pool existed — into six parts between the six founders and the destruction of at least one of them. If a person possesses the entire key, they could counterfeit the coin's supply.

In the interview, Todd recalls how he planned the operation to ensure he holds up his part of the deal:

"At the very last moment I bought a plane ticket to somewhere I wasn't planning to go … I immediately went to a car rental, immediately got a car, immediately went off to a computer store to buy the computers off the shelf [...] I took out the Wi-Fi cards, I didn't hook up ethernet and I literally ran it in a Faraday cage."

He described lining a box with aluminum foil and closing the lid — a technique that "really blocks Wi-Fi signals effectively" — and his determination to avoid detection:

"If you're in a car hurling down on the highway, it's really hard for the NSA agents who had no idea you were going to do this to actually follow you [...] I also had cameras on the car in the front and back. So had someone tried to do that, I'd get them on camera."

In the end, the operation seemingly worked, considering the Zcash supply has been unaltered to this day.

Wilcox pointed out that Snowden was not the only potentially controversial figure involved in the launch.

He recalled visiting WikiLeaks founder Julian Assange during the setup ceremony to get advice on the coin's security design.