What Is KuCoin Community Chain (KCC)? A Low-Cost Competitor to Ethereum
Зміст
How Does It Work?
What Makes KCC Chain Unique?
Tech Deep Dives

What Is KuCoin Community Chain (KCC)? A Low-Cost Competitor to Ethereum

KuCoin Community Chain, or KCC Chain, is a public blockchain being developed by the KuCoin community. 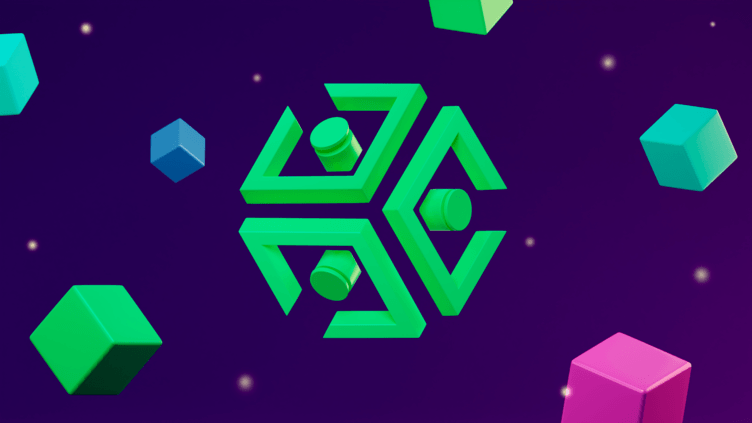 Don't have time to read? Check our video instead! ⬇️
Despite its name, the platform isn’t officially associated with the KuCoin exchange, nor is it built by any of its core team members. Most of the developers behind the platform are not public.
KCC Chain is built around a single purpose: “To accelerate the flow of value around the world without boundaries.” The platform attempts to reduce friction in the crypto space and distinguish itself from other layer-1 blockchains by its high speed, low fees, and direct compatibility with Ethereum and ERC-20 smart contracts.

As a high-performance platform, KCC Chain boasts higher throughput and lower transaction fees than Ethereum and many other blockchains, but is undeniably more centralized, due there currently being just a dozen nodes involved in maintaining its integrity.

The platform attempts to mitigate this somewhat through the use of a community DAO, known as the “GoDAO”. This allows holders of the KuCoin Shares (KCS) token to participate in on-chain governance, helping to shape the development of the KCC ecosystem by raising and voting on governance proposals.

KuCoin Community Chain is unusual among blockchains in that instead of creating an entirely new gas token, the developers opted to incorporate the pre-existing KCS token instead. As a result, users need to spend KCS when submitting transactions on the blockchain.

KCC Chain is a fork of Ethereum. This means much of its architecture remains the same, which ensures Ethereum DApps can easily deploy on and/or migrate to KCC Chain if they wish. Likewise, this means many popular Web3 wallets will work with the platform, including MetaMask.
The platform maintains consensus using a system known as “Proof-of-Staked-Authority’ or PoSA. This is a modified version of Proof-of-Stake that requires node holders (known as validators) to stake their identity rather than a specific number of KCS tokens in order to participate in the block production and verification process. The same consensus mechanism is used by the BNB Chain.
These validators receive the transaction fees contained in each block in return for their honest participation in the network’s consensus. In a later update, KCC Chain will introduce staking, which will allow non-node holders to stake their KCS tokens to earn a fraction of the network’s transaction fee revenue — similar to Delegated-Proof-of-Stake blockchains.

Due to its relatively low activity, most blocks remain empty, meaning the platform generates very little in the way of transaction fee revenue. According to data from the official KCC Chain block explorer, daily transaction fee revenue generally hovers between $150-$300/day, to be shared between participating nodes.

As of writing, KCC Chain has a total of 12 nodes in operation, one of which has been inactive for more than a month. The platform is expected to support up to 29 validator nodes. New validators can only be voted into position by existing validators.

To learn more about the different consensus mechanisms, check out our guide — here!
Given that KCC Chain is an independent blockchain, it also has its own native gas token, known simply as KuCoin Shares (KCS). KCS was initially launched as an ERC-20 token on the Ethereum blockchain but partially migrated to KCC Chain when its mainnet launched in June 2021.
To learn more about KCS and its other utilities, see the recently updated KCS whitepaper.

The KCS token is now used for paying for smart contact operations and regular transactions on the KCC blockchain.

Assets can be migrated to/from KCC Chain through the use of the KCC Bridge. This currently supports transfers between KuCoin Community Chain and Ethereum, BNB Chain, Polygon, Fantom, and Avalanche.

To help it succeed in an increasingly competitive layer-1 landscape, KCC Chain includes a number of distinguishing features.

Unlike many other exchange-associated blockchains, KuCoin Community Chain is not owned and operated by a centralized exchange. Instead, it is being built by members of the KuCoin community. Because of this, it claims to be more decentralized than many of its competitors, since it is free to evolve as per the whims of the community — rather than in response to regulations or the will of its creators.

As a fork of Go Ethereum, KCC Chain shares many of its features, arguably the most important of which is its compatibility with the Ethereum Virtual Machine (EVM). This allows developers to deploy their Ethereum code directly on KCC Chain with few to no modifications needed. KCC Chain hopes that its low fees and high throughput will be enough to entice developers and projects away from Ethereum (and other EVM) chains to its platform.

While the developers haven’t yet provided official statistics on its throughput, it is reasonable to assume that it is somewhere around 100-300 transactions per second (TPS) — which is similar to BNB Chain.

KCC Chain is currently one of the cheapest blockchains by average transaction fee.

Since the platform is relatively inactive, the average transaction fee currently hovers around $0.01. This, however, can be expected to increase if competition for block space grows — e.g. if KCC Chain’s DApp ecosystem expands and/or if its user base grows.

Does KuCoin Community Chain Have Any DApps?

Despite launching its mainnet in June 2021, KuCoin Community Chain has so far seen relatively little uptake among developers, and just a small handful of applications are currently live on the platform.

The three most popular in terms of their total value locked (TVL) are:

In the last year, the platform has seen the total value locked (TVL) in its DeFi protocols swell from $0 to over $76 million at its peak. The vast majority of this TVL is associated with MojitoSwap, which has an impressive dominance of more than 86%. Other DApps on KCC Chain currently have a TVL of under $1 million.

Overall, more than two dozen DApps are operating on KCC Chain, but most of these have very few users and limited utility.

“As an important part of KuCoin's decentralized business ecosystem, KCC will enter an explosive development phase in 2022. Thus, we would like to establish the KCC ecosystem efficiently and quickly through a series of ecosystem incentive plans. At the same time, we will continue to explore high-quality on-chain projects and hidden gems for KCS enthusiasts and KuCoin users while improving the ecosystem,” said Leandre Niu, Head of KCC, in the press release.

It remains unclear whether the program has been a success. KCC Chain remains relatively underdeveloped compared to competing EVM chains.