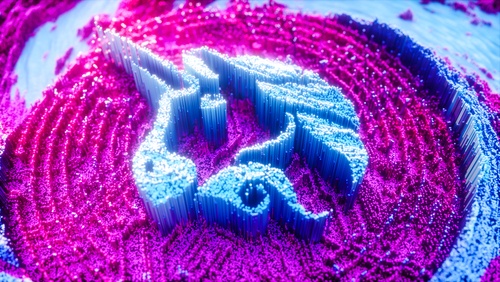 Uniswap has been named a defendant in an upcoming class-action lawsuit that addresses the "rampant fraud" caused by its exchange. The suit specifically references the lack of identity verification and Uniswap’s fee structure as contributing to fraud.

The plaintiff, North Carolina resident Nessa Risley, also accuses Paradigm, Andreessen Horowitz and Union Square, who were all "well aware" of what is going on on Uniswap, according to the 68-page lawsuit.

The lawsuit claims Uniswap generates "vast profits" by charging a fee on every trade, simultaneously benefiting the other defendants by allowing them to issue tokens. Furthermore, Uniswap is accused of "encouraging" fraud because of its fee structure. The issuance of "thousands of scam tokens" linked to "rug pulls" and "pump-and-dump" schemes facilitated the fraudulent conduct of Uniswap.

Uniswap Labs told crypto news outlet The Block that the “allegations are meritless and the complaint is riddled with factual inaccuracies. We plan to vigorously defend against this suit.”

Risley’s lawsuit claims tokens on Uniswap are, in fact, unregistered securities, which the exchange failed to disclose to the Securities and Exchanges Commission (SEC). Among the named tokens are Rocket Bunny, EthereumMax, Bezoge Earth, BoomBaby.io, Matrix Samurai and Alpha Wolf Finance.

As "investment contracts," tokens are securities under federal law, and issuers are required to file registration statements for each of them. Consequently, investors would have received disclosures that allow them to assess the risk involved with investing in each token. The lawsuit states: "Without these disclosures, they were left to fend for themselves."

Uniswap was a facilitator in this whole system, according to the lawsuit, profiting from the listing of many of the "unregistered securities" by raking in transaction fees. The lawsuit concludes:

"Defendants have profited handsomely from this unlawful activity, as have the Issuers to whom Uniswap paid hidden and exorbitant fees. Meanwhile, unsuspecting users on the other side of these fraudulent transactions were left holding the bag."

Lawsuit Not Telling Us Anything New

The Uniswap lawsuit, predictably, had Crypto Twitter laughing out loud over a truth that everyone in the space already knows anyway — there are a lot of shitcoins on Uniswap and other decentralized exchanges. The influential British crypto commentator Cobie couldn't hide his amusement over the argumentation in the lawsuit:

He correctly pointed out that the named tokens were not quite high-quality investments that you would need a risk disclosure for:

Although one would never put it past crypto investors to dump their net worth into something like Bezoge Earth:
Others pointed out that the lawsuit probably makes — at least partially — a good point, but that crypto companies were just playing the game to the best of their abilities. @DegenSpartan, another well-known commentator, suggested that Uniswap and the accused venture capitalist firms just took advantage of the U.S. retail investors' excessive appetite for risk:

It is unclear thus far whether the proposed lawsuit will be successful or have an effect on the issuance of new "shitcoins." However, investors are, in any case, best off thoroughly assessing what tokens they invest their money in — risk disclosure or not.

Crypto News
REvil Hackers Vanish from Dark Web, But It Could Be Bad News for Victims
Reports suggest the victims of REvil's ransomware attack are now struggling to get their systems back online.
Автор Connor Sephton
1 year ago
2 хв
Crypto News
Podcast: Bitcoin Above $20,000 for First Time in October... But Is It Near a Sell Zone?
Also today, a former OpenSea executive wants a ban on the phrase "insider trading" as the criminal case against him continues.
Автор Connor Sephton
15 hours ago
1 хв
Crypto News
Podcast: Is PayPal Looking to Take on the Big Beasts of Crypto?
Also today, Jamaica is becoming the next country to roll out a central bank digital currency — but there are downsides.
Автор Connor Sephton
3 months ago
1 хв
See all articles