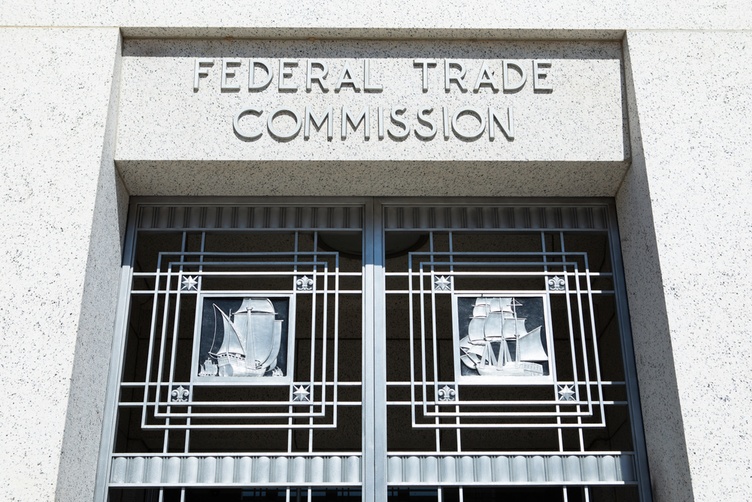 The Federal Trade Commission is investigating "several firms" as part of a new crackdown on deceptive advertising by the cryptocurrency industry, according to reports.

While the agency wouldn't give any further details, Bloomberg reported, it's probably safe to say that now-bankrupt FTX and especially its FTX US subsidiary — which spent hundreds of millions naming sports stadiums, sponsoring teams and hiring celebrity spokespeople from Tom Brady to Larry David — is on the list.

Both it and several of its star-studded partners are being sued by FTX customers. The state of Texas' securities regulator last week announced that it is investigating a number of FTX endorsers as well.
Over the past few years, the U.S. Securities and Exchange Commission has forced six and seven-figure settlements on celebrity cryptocurrency endorsers ranging from actor Steven Seagal and boxer Floyd Mayweather to, most recently, Kim Kardashian. But those involved endorsing cryptocurrencies the agency says are securities without properly disclosing that they were paid.

The FTC's ad crackdown comes more than a year after the U.K.'s Advertising Standards Authority began an aggressive crackdown on crypto ads that failed to adequately explain the risks of investing in highly volatile cryptocurrencies.

In December 2021, the ASA upheld a complaint against Coinbase Europe, finding that an ad launched that July reading "£5 in #Bitcoin in 2010 would be worth over £100,000 in January 2021. Don't miss out on the next decade – get started on Coinbase today" was both "misleading" and "took advantage of consumers' inexperience and credulity."

In January, it recommended that crypto ads be subject to the Financial Conduct Authority's rules for financial promotions for products like stock and insurance. That passed the House of Commons last month.

By March, the ASA had announced a "red alert" guidance and issued enforcement notices to more than 50 companies for "misleading and irresponsible" cryptocurrency investment advertisements.

January 2022 was also the month Spain began the EU's first serious crypto ad crackdown, launching rules for cryptocurrency firms, their marketing agencies and social media influencers — with the latter facing fines of up to €300,000 if their promotions didn't disclose they were paid or were not  "clear, balanced, impartial and non-misleading," the Financial Times said.

Singapore also began a major crypto ad ban in January, with its Monetary Authority of Singapore effectively banning almost all crypto advertising to the general public outside of providers' own website, apps and official social media accounts — and even that requiring strong risk disclosures. It also determined that crypto ATMs were advertisements, forcing them to be pulled from service.