Token2049 and F1 Give Singapore Pole Position in Asia

Token2049 descended on the island state last week — bringing thousands of crypto enthusiasts, builders, anons and more in an event-filled week. Read on to find out what all the buzz is about. 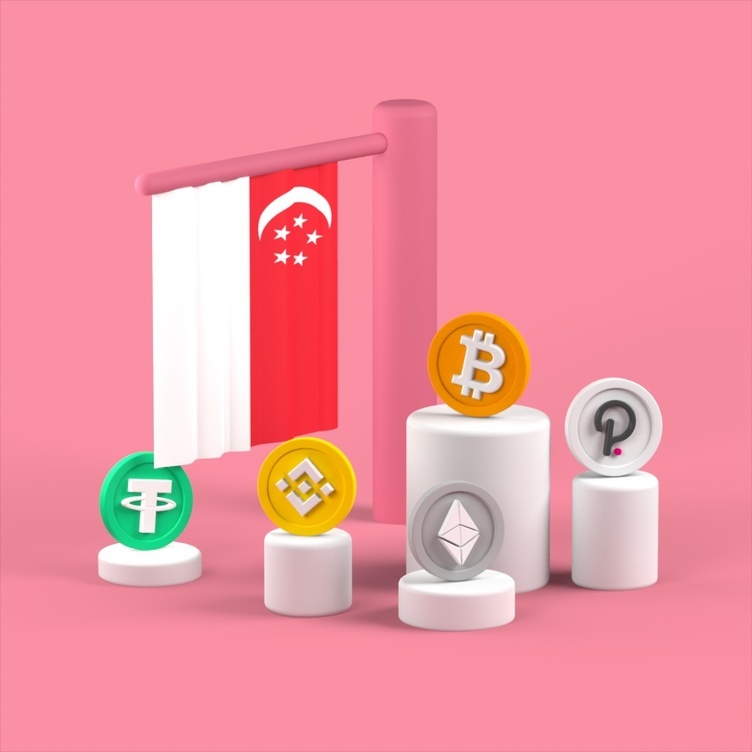 Crypto might be in a bear market — with $2 trillion in value lost since November 2021’s peak — but the demise of the industry has been anything but exaggerated. That was the key message if you were in Singapore last week, where over 7000 movers and shakers and more than 2000 crypto companies descended on the city state from Sept. 26 to Oct. 2. They were there to take part in Asia’s flagship crypto industry event, Token2049 — the first time in Singapore — and its broader Asia Crypto Week, which boasted an incredible number of side events scattered across the city.

While the conference officially culminated with the long-awaited return of the Singapore F1 Grand Prix — Token2049, a 2-day affair held at the swanky Marina Bay Sands Expo Convention Centre, concluded on Thursday, Sept. 29. With a single conference ticket costing thousands, hotel prices up 70% as visitors travel to Singapore for an event-filled week, booths rumored to run up to $100,000 and numerous lavish networking parties — crypto companies were splashing substantial sums of money for a presence at token2049 — and for good reason.
This is the first Singapore edition for Token2049, previously held annually in Hong Kong with an end-of-year edition in London. The switch from Hong Kong to Singapore comes after 2 pandemic-induced cancellations the last two years in HK and the faster lifting of Covid-related entry restrictions into Singapore, amongst other considerations. This perhaps alluded to Singapore emerging as the top financial center in Asia, a title previously held by Hong Kong.
The island-state has been lauded in recent years for the Monetary Authority of Singapore (MAS)’s progressive regulation and licensing of crypto firms, which has seen it grow in global stature and attract droves of crypto projects — although recently, Dubai’s crypto-friendly laws has been attracting crypto companies like Bybit and Crypto.com.
This doesn’t mean the country is turning a blind eye to crypto’s darker side. Both Ravi Menon, managing director of MAS, and Sopnendu Mohanty, its chief fintech officer stated this week that they are monitoring how trading firms attract retail investors and that rampant speculation will not be tolerated. Menon worryingly went further in a separate conference with the Fed’s Jerome Powell and ECB’s Christine Lagarde, saying that he didn’t see any redeeming qualities in cryptocurrencies. And of course, Terra’s Do Kwon, based in Singapore, currently has a red arrest notice out.

None of this dampened enthusiasm for the largest Token2049 gathering ever though. It was business as usual, with an eclectic array of bright-eyed project founders and C-level executives delivering their latest industry musings in insightful panel discussions, while crypto projects filled out the various halls across 3 floors in booths ranging from perfunctory demo desks to striking interactive NFT art galleries, AI-powered humanoid robots and DJ booths, trying to grab the attention (and some affection) of passersby.

With so much to cover in so little time, it was a constant scurry for conference goers up and down the Sands Expo & Convention Center’s escalators into its various cavernous exhibition halls to catch panel talks, connect in meeting rooms, take in all the booths and of course, enjoy the spectacular vista of the Singapore skyline over the glittering Marina bay. It was in fact so difficult at times to get your bearings that the author himself and the CEO of a crypto exchange spent over 20 minutes trying to find their way back to his booth on Day Two!

Here are a few of the many highlights:

In attendance were several of the world’s leading crypto exchanges as usual, but with a more subdued promotional outing this time for last year’s big spenders FTX, Binance and Crypto.com. Despite the plunge in token prices, trading volume and mass layoffs in the space, numerous crypto companies were still forking out for huge sponsorship deals. OKX’s partnership with F1 team McClaren saw attendees flock around its huge booth to meet F1 racing driver Daniel Ricciardo and score some bright orange McClaren swag in the process. Bybit's multi-year deal with Red Bull Racing also saw its logo featured on the cars’ livery.

When asked on a panel why they decided to sponsor a Formula One team, Bybit’s CEO Ben Zhou explained that — amongst others — they want to show that crypto companies can compete at the highest level at one of the biggest, global sporting events.

Not to be outdone, NFT and GameFi projects hosted innovatively interactive booths to help visitors experience their offerings first-hand and take part in live mints. None were more striking that the immersive NFT exhibition created by OP3N, the Web3 launchpad for IP and communities, and WHALE, the “omni-versal” membership club founded by NFT collector WhaleShark, which has the world’s largest digital treasure trove of rare, high-value NFTs spanning gaming, art, and virtual real estate.

With Web3 taking up the most mindspace in crypto this year other than the bearish market conditions, it was no surprise that it featured very prominently at Token2049. Sam Williams from Arweave spoke on how to tokenize the Permaweb, Axie Infinity’s Aleksander Larsen covered the dawn of Web3 gaming, Hongfei Da laid out its GSO future, while others covered everything from how to invest in it to the role it could play in combating climate change.

For example, DFinity announced that the Internet Computer chain now enables smart contracts to securely make HTTP calls from within the secure blockchain sandbox to external Web 2.0 services, and process a result securely decided by network consensus. This will help DeFi projects be less reliant on centralized oracle services in order to get their hands on external financial data.

While their traction appeared to be quite subdued this year, NFTs/Gaming remains the vertical most invested in by venture capital (VC ) funds, with numerous Web3 gaming startups present at the conference.

Crypto gaming has been subject to some extreme resistance from traditional gaming and crypto enthusiasts alike, who have slated the vast majority of games for their boring, turn-based gameplay and highly inflationary, unsustainable tokenomics that have seen even the best GameFi projects drop by 90% in value and more since their 2021 launch. So how to fix these systemic flaws?

Piers Kicks, partner at Delphi Digital, recently offered an interesting alternative to help the rise of “PlayFi” monetization of esports. Instead of building mediocre games powered by incredible blockchain technology, he suggests turning the model on its head and instead, building crypto applications on top of existing traditional video games instead. This would certainly create some common ground between Web3 and Web2 game studios and play to their respective strengths.

With borders open globally and Twitter’s online-only ‘PFP’ flexing a bit stale in 2022, the NFT sector continues to seek unique, fun and engaging ways to help their communities build connections at events, as was seen earlier this year at NYC NFT.

Token2049 was no different, with several leading NFT projects splashing large sums on lavish meetups, enabling a large number of crypto-native anons to meet in person.
These included — amongst many — Froyoverse’s Arcade Night, Pudgy Penguins’ Asia Huddle meetup and a star-studded event at the top of the Fullerton hotel by ARC Community, co-founded by local Mandopop star JJ Lin, as well as the wild NFT Asia party at night club Zouk, which was organized by the likes of Azuki and Doodles.

Through casual conversations with new faces at the event, it’s clear that Web3 and DeFi continue to draw a massive brain gain of TradFi and Web2 talent that are helping to accelerate blockchain innovation even if retail interest is stagnant overall this year. Builders are clearly continuing to build for the future. This includes coming up with solutions to global warming such as carbon-offset tokenized credits and further developing the capabilities of Web3.

Next up for Token2049 is their London edition on Nov. 9 and 10. For most visitors to the Singapore edition though, the island-state’s 2023 edition will be the one they soon circle in their calendars. In one of the world’s biggest and most exciting cultural melting pots, Asia’s biggest crypto event has added a warmly welcomed array of new flavors.