According to Ethereum developer Tim Beiko, Ethereum is in the final chapter of its proof-of-work era. 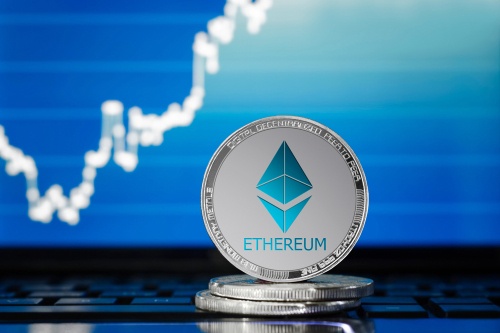 Ethereum's "Merge" is possibly the most anticipated event in the blockchain space. The Ethereum community (and investors) have been waiting for years — apparently not in vain.

After completing its first mainnet shadow fork only a few days ago, questions on Crypto Twitter abounded about whether proof-of-stake may finally be in the near future. Years of promises and roadmaps have come and gone, but according to Ethereum developer Tim Beiko, Ethereum is closing the door on proof-of-work:
Surprised by the amount of attention the tweet received, Tim Beiko felt compelled to elaborate on his timeline of The Merge:
His Github post explained that there was no official date for The Merge, although Ethereum would announce one on its blog as soon as it became clear.
Before a time for the upgrade can be set, testnets need to be upgraded and run through The Merge. In contrast to previous Ethereum upgrades, The Merge will not be triggered by a block time, but by a difficulty value. This so-called difficulty bomb will become noticeable around May and contribute to block times in June and July.

Beiko expects blocks to be unbearably slow by August. The difficulty bomb could still be delayed, however, either by a few weeks or by a separate network upgrade if developers anticipate another delay of The Merge.

Prediction markets reacted positively to Beiko's explanation, with the probability of The Merge taking place by Sept. 1, 2022 rising to 49%, 5% higher than only two days ago.

The event is widely seen as the most bullish fundamental change to the Ethereum network in its history. The ETH price has rallied against Bitcoin in the recent weeks in anticipation of the switch to proof-of-stake and currently trades around 0.075.

Ethereum is expected to draw a lot more attention from institutional investors after The Merge, as many expect it to have a positive impact on its perception as a "greener blockchain."

Ethereum
Masterclass Releases Crypto Course Featuring Binance's Changpeng Zhao and Coinbase's Emilie Choi
In order to strike a little bit of balance, a healthy dose of cynicism about digital assets is provided by Professor Paul Krugman — a long-time skeptic of what the crypto space has to offer.
Автор Ivan Cryptoslav
5 hours ago
2 хв
Ethereum
Nomad Bridge to Relaunch and Offer Partial Compensation — Four Months After $190M Hack
Smart contracts have been upgraded in an attempt to prevent a similar incident happening in future, and Know Your Customer checks have been opened to verify those entitled to compensation.
Автор Ivan Cryptoslav
6 hours ago
2 хв
Ethereum
CoinMarketCap News, Dec 8: Burned EthereumMax Investors Fail in Quest to Sue A-List Celebrities
Plus — Nigerians are being told they can only withdraw $45 a day from cash machines... and it's got something to do with its struggling central bank digital currency.
Автор Ivan Cryptoslav
7 hours ago
3 хв
See all articles