The tech-heavy Nasdaq plunged to its lowest level since December 2020 after suffering its biggest one-day drop in over 18 months — with Bitcoin dipping below $38,000. 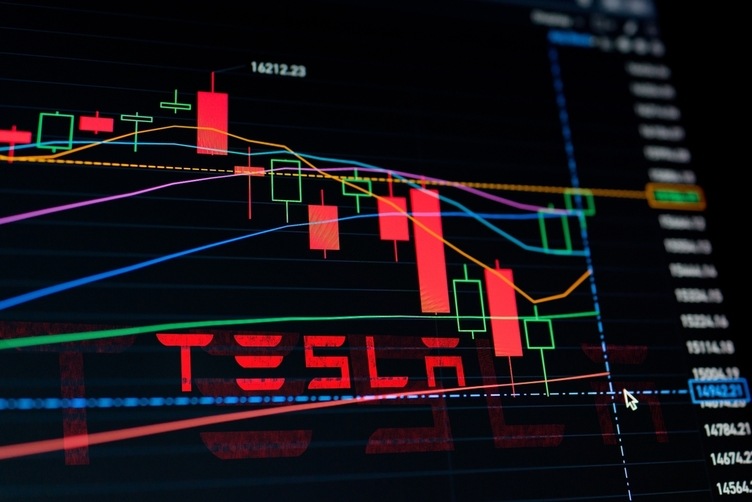 Tesla's share price plunged by 12% on Tuesday as traders reacted with alarm to Elon Musk's $44 billion purchase of Twitter.

Tuesday's bloodbath on Wall Street wiped $126 billion off the company's valuation — and also caused Musk's net worth to fall heavily.

It's a sign that Tesla investors are unhappy about his plan — for two reasons.

There are fears that Musk would need to sell his shares in order to finance the deal to buy the social network.

And amid uncertainty over whether the world's richest man would also become Twitter's CEO, investors worry he could be spread too thin.

Musk is already CEO of Tesla and SpaceX — and is also the brainchild of two startups: The Boring Company and Neuralink.

Ed Moya, a senior market analyst at OANDA, has warned that Musk might not have the financing to complete the Twitter acquisition if Tesla's share price continues to fall.

Although Tesla was certainly one of Wall Street's worst performers on Tuesday, it wasn't alone.

The tech-heavy Nasdaq plunged to its lowest level since December 2020 after suffering its biggest one-day drop in over 18 months.

Beyond the drama engulfing Tesla, other factors include a raft of new lockdown restrictions in China, and the ongoing battle to tackle inflation.

Bitcoin has been closely correlated to the stock market for some time — and also fell sharply.

This has subsequently cast a shadow over cryptocurrencies with a smaller market cap. Ether is down 4%, BNB by 2.2%, and Solana by 2%.

Bitcoin
CoinMarketCap News, Nov/ 29: It Isn't Just Crypto Firms Suffering in This Bear Market
As top coins tank, crypto bros are going underground — a far cry from the heady days of last year, when the champagne was flowing.
Автор Connor Sephton
22 hours ago
3 хв
Bitcoin
Podcast: Bankrupt BlockFi Owes Billions — as Elon Musk Picks a Fight with Apple
Plus, Kraken gets a slap on the wrist after violating U.S. sanctions — and why the bear market has hit Miami's nightclubs hard.
Автор Connor Sephton
22 hours ago
1 хв
Bitcoin
Revealed: How Much BlockFi Owes to Its Biggest Creditors
In other developments, the Financial Times is reporting that BlockFi is suing Sam Bankman-Fried in an attempt to seize shares in Robinhood.
Автор Connor Sephton
23 hours ago
1 хв
See all articles