The offensive imagery was spotted by members of the project's Discord channel — and users quickly made counter purchases to turn the hateful symbol into a window instead. 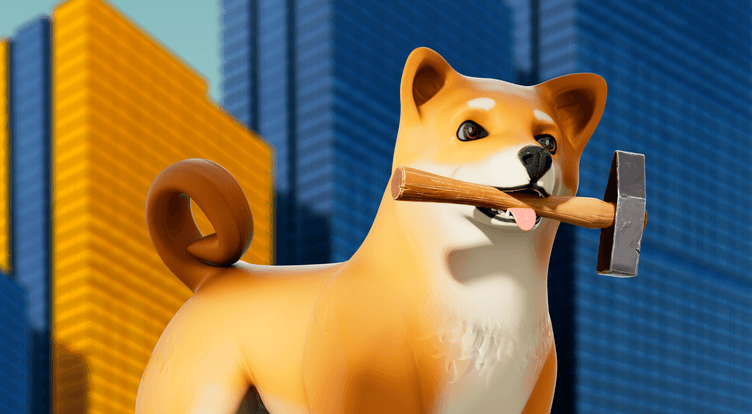 Shiba inu's metaverse has been plunged into controversy after a user attempted to draw a swastika in its virtual world by buying plots of land on the map.

The offensive imagery was spotted by members of the project's Discord channel — and users quickly made counter purchases to turn the hateful symbol into a window instead. One wrote:

"I just can't believe there's people out there using the bidding map to make swastikas — what a loser."

"We will not tolerate the use of hate speech, displays of intolerance or bigotry (through words, actions, symbolism etc.) at the discretion of the community moderation team. Any account or individual who attempts to incite harm towards others is not allowed."

SHIB: The Metaverse also vowed to place any wallets that violate these rules on a blacklist — "meaning it will never be able to participate in any and all areas of this platform."

Unbelievably, some users sought to criticize the project. One wrote:

"This is a step towards centralization. I don't think anyone should be drawing swastikas but that is a lot of power to hold in a 'decentralized' system."

Others sought to argue that the symbol being drawn wasn't a swastika, even though it blatantly was. That prompted another Discord member to write:

"If you think we should allow people to use swastikas in the metaverse, you should leave now."

Although the swastika is an ancient symbol, it was turned into one of hatred when it was adopted by Nazi Germany under Adolf Hitler.

The Thorny Issue of Decentralization

While many in the crypto space advocate for decentralization and free speech, incidents like this show why content policies are needed — and moderation is required in some form or another.

Although Elon Musk is currently on a crusade to preserve free speech on Twitter, the billionaire has conceded that users wouldn't be given the ability to say whatever they like if he ends up taking over.

During a TED talk last Friday, Tesla's CEO said the social network would have to continue complying with laws in the countries it operates — including regulations that stop people from inciting harm on others.

Instead, Musk's concerns center on whether Twitter's moderation practices are too heavy-handed — and whether the algorithms used by the social network result in posts from some individuals from being less visible to the public.