Sam Bankman-Fried Lobbied For Regulatory Bill That Would Have Killed FTX
Зміст
What's Next?
'Our Regulations Work Well'
Crypto News

The bankrupt exchange's founder spent millions supporting the Digital Commodities Consumer Protection Act that it would have found "impossible" to survive. 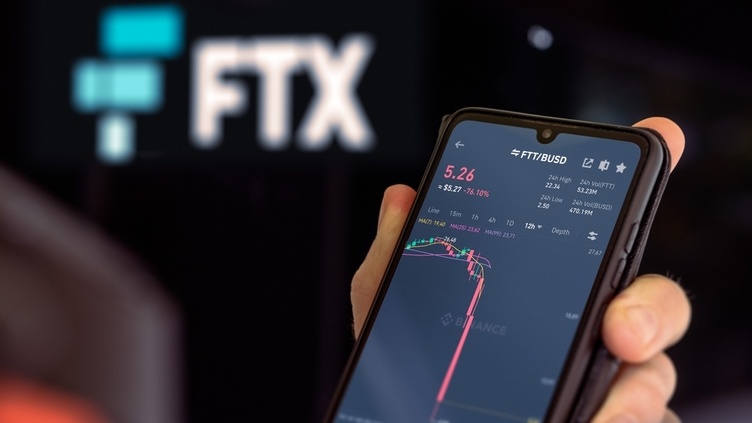 The most intriguing question in Thursday's Senate Agriculture Committee hearing into the collapse of the FTX cryptocurrency exchange came from Colorado Democrat Michael Bennet, who wanted to know what its disgraced ex-CEO was thinking about when he lobbied so aggressively for the creation of a comprehensive regulatory framework for the industry.

"One thing that's given me pause is just thinking about why FTX would have lobbied so hard for a bill that it could never comply with."

"I've thought about that myself," said CFTC Chairman Rostin Benham, the Dec. 1 hearing's only witness. "You've kind of hit the nail on the head, right?"

"I can't speak to what Mr. Bankman-Fried or anyone at FTX was thinking when they were advocating for regulation. The remarkable thing is to think about it in the context of compliance. And what we've learned about the FTX entities and just thinking about the [DCCPA], they would have been so far out of compliance, that it just would have been impossible."

Given all the news that's come out about Bankman-Fried's either staggeringly incompetent or immoral if not illegal management of FTX — he allegedly loaned $10 billion of the exchange's clients money to his other company, trading firm Alameda Research, which promptly lost $8 billion of it — not understanding what he was thinking is probably the only reasonable position.

The DCCPA had more support in the crypto industry than competing legislation from a bipartisan pair of Senate Banking Committee members, the Responsible Financial Innovation Act. It would give the Securities and Exchange Commission more authority.

At the hearing, Benham said the DCCPA was still the bill that was needed, although he did suggest a "pause" to ensure the bill has no gaps or holes.

That means looking at strengthening financial disclosure and conflict of interest reporting requirements — the latter being a huge problem with FTX and Alameda, which was — it is alleged — essentially using FTX customers' money to bet against them. It also allegedly commingled customers' and Alameda's funds and had, Bankman-Fried has admitted, an almost complete lack of risk management protocols in place.

But Benham added, that should not delay passage of badly needed regulation long, noting that at present the CFTC lacks "the authority to comprehensively regulate the digital commodity market."

At present, it can only regulate derivatives and investigate reports of misconduct, rather than exchanges' spot cash trading markets. He said:

"We need registration of exchanges. We need surveillance of market activity. We need direct relationships with custodians who are holding customer money so that we can prohibit and prevent money moving around. There are so many tools in a comprehensive regulatory framework that will [allow us] to prevent all of these illegal activities."

One point Benham made is that by and large, if you look at the broader financial markets:

"Our regulations work — they work very well. Our markets are resilient, and the improvements we made after 2008 are very impactful and effective."

As for crypto, it has been through two major crises this year, including the $48 billion collapse of the Terra/LUNA stablecoin ecosystem and now the implosion of FTX. And, he said:

"The traditional banking, the regulated banking system is safe. There has been exactly no contagion, no even market resiliency issue."

To keep it that way, Benham said, we need to apply "the same principles of financial regulation that we apply to traditional finance to digital assets."

He pointed to the case of LedgerFX, the U.S. based and U.S. regulated crypto derivatives and clearing platform FTX acquired.

Among the only FTX Group firms not to file for bankruptcy, Benham said had been "walled off" from Bankman-Fried's other 130 companies under the FTX Group's umbrella and was both "healthy" and "solvent."

LegderX is an example of "regulation working" he said, adding:

"The DCCPA does address these issues and would have prohibited those actions from occurring at FTX."

Crypto News
FTX Asks To Subpoena Sam Bankman-Fried, His Family and Top Lieutenants
The executives and lawyers seeking to unwind FTX's abysmally recorded assets have complained that they are getting no cooperation.
Автор Leo Jakobson
2 hours ago
3 хв
NFTs
NFT Contest in Nike's Web3 Venue .Swoosh Offers Designers Access and Royalties
The virtual sneaker design contest will pair winners with Nike designers to create virtual kicks that could be dropped with its first NFT drop.
Автор Leo Jakobson
2 hours ago
2 хв
Crypto News
FBI Hacks Hive Ransomware Gang, Saving 300 Victims $130M
The FBI infiltrated the Hive network in July, stealing decryption codes for some 1,300 old and new attacks, as well as contributing to a sizable drop in ransomware payments in 2022.
Автор Leo Jakobson
2 hours ago
4 хв
See all articles