Non-Fungible Thursdays: What Happened in NFTs This Week? [May 5, 2022]

CoinMarketCap and Nansen looks at the most exciting events in the NFT space — from Elon Musk's swipe at Bored Ape NFTs holders, to DeGods buying a stake in Ice Cube's BIG3 basketball league. 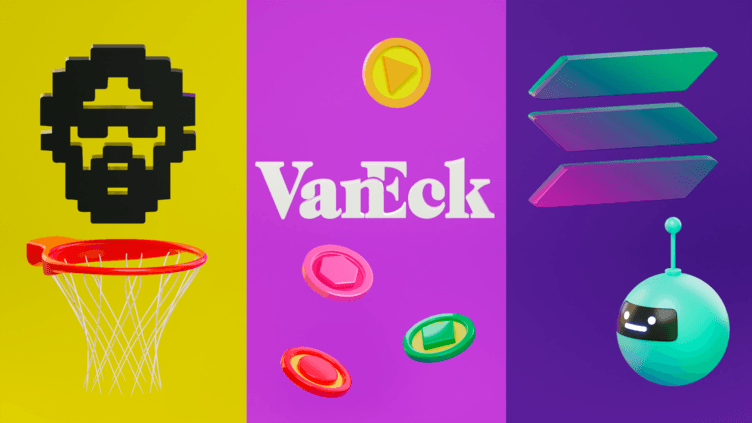 It has become increasingly harder to buy a non-fungible token (NFT) during a public mint on Solana, thanks to minting bots. Last week, NFT minting bots knocked Solana’s validator nodes out of consensus, resulting in a seven-hour blackout. Meanwhile, DeGods is hoping to bring more utility to its holders following the purchase of a majority NFT stake in Ice Cube’s BIG3 league.

Here’s a rundown of some top NFT news over the past week.

NFT Market Not Collapsing But Consolidating

First, a look at the overall NFT market.

Taking a look at Nansen’s NFT-500 index, we see that the index is still up 54% YTD, doing much better than many other markets out there - Stocks, Crypto etc. However, the growth has not been equal across the different segments in the NFT market. Social NFTs (PFPs) have largely led other categories in terms of growth. We’re also seeing capital consolidating from smaller NFT collections into larger ones as mentioned by Louisa, research analyst at Nansen.
If NFT analytics interest you, sign up for a free account at Nansen and start exploring!

On Wednesday, Tesla CEO Elon Musk changed the profile picture on his Twitter account to a collage of Bored Ape Yacht Club NFTs. This was quickly followed by a tweet - “I dunno…seems kinda fungible,” in an obvious attempt to poke fun at the idea that NFTs are unique and cannot be replicated.
At the center of Musk’s new profile picture was Bored Ape #5809, a gold-furred chimpanzee wearing blue translucent glasses. Despite being an ardent advocate of Bitcoin, the Tesla boss does not appear to have caught the NFT bug. There is no indication that Musk owns any of the NFTs in question as the collage appears to have been taken from Sotheby's “Ape In!” NFT auction from September 2021.
Michael Bouhanna, VP, Contemporary Art Specialist & Co-Head of Digital Art at Sotheby’s, already asked Musk to credit him for the image or remove it as his profile picture. As of press time, the billionaire had changed his profile picture.

“As much [as] I admire your work I’d like you to remove your PFP that I created for our Sotheby’s sale. Or you credit me,” Bouhanna tweeted. “Happy to send you the original file minted with the buyer approval.”

Musk has a long history of trolling people and sharing memes on Twitter. Notably, his support for meme coin Dogecoin sent the price of the cryptocurrency flying. His latest attempt to poke fun didn’t go unnoticed as many prominent members of the community reacted to the fact that Musk may have just grabbed a Bored Ape promotional image.

Regardless of Musk’s intention to troll the BAYC community, his little show had a positive effect on BAYC’s native ApeCoin token. The price of ApeCoin spiked by 20% in the hour following Musk’s new profile picture.

In a Tuesday blog post, Kraken admitted that NFTs “have redefined the concepts of digital expression, culture and ownership for creators and collectors alike.” It describes its NFT platform as “the complete solution for exploring, curating and securing your NFT collection.”
From OpenSea to Rarible, LooksRare, and Coinbase, the competition for dominance by NFT marketplaces is quite stiff. However, Kraken is looking to stay competitive by offering zero fees for NFT sales and transfers.
While gasless transactions could separate Kraken NFT from the pack, the company is also reportedly going to allow customers to take loans by using their digital collectibles as collateral.
Kraken NFT will feature a built-in rarity tool, which would allow users to verify items without needing a third-party site. And although there are plans to support multiple blockchains, the platform will initially launch with support for Ethereum and Solana NFTs.

Earlier this week, VanEck announced the launch of its first NFT collection, making a foray into the burgeoning industry.
The New York-based asset management firm, which has been quite popular in the Bitcoin exchange-traded fund scene, will release 1,000 Ethereum-based collectibles that tell the story of a rebooted metaverse version of American statesman and founding father Alexander Hamilton.

Holders will join the avatar called “Hammy” in an adventure through the past, present, and future of financial policies. Commenting on the initiative, VanEck’s Community NFT Co-Founder JP Lee said:

“Our NFTs will all feature eye-popping 3D avatars and narrative-style videos that will help create a real sense of story and spur discussion, debate and community. Our character ‘Hammy’ is going to be an outstanding guide for anyone interested in seeing the past, present and future of finance unfold.”

The company hopes to demonstrate real-world utilities for digital assets through the VanEck Community NFT. Notably, the NFT will grant its holder some unique perks, including exclusive invitations to in-person and digital events, as well as early access to the firm’s digital asset research.

“We’ve designed the VanEck Community NFT to function like a digital membership card,” said Matthew Bartlett, a project co-founder. Holders will have access to “the insights of an inclusive community of digital assets enthusiasts and investors.”

The collection has been divided into three categories - 750 “common,” 230 “rare” and 20 “legendary" NFTs, with rarer items offering more exclusive perks.

As per announcements, individuals who sign up for the project will be airdropped a pre-reveal NFT in the first week of May. The NFT will include “a meme that is tied to the storyline of our Hammy character, a fictitious representation of Alexander Hamilton.” However, holders would receive a final and more detailed version towards the end of May.

Meanwhile, VanEck has warned against trying to receive the collectibles with the intention of selling them. The company’s NFT site emphatically says the collectibles “have no value and are not intended by VanEck to ever have any value. ... You must not attempt to obtain an NFT from VanEck if you plan to sell or transfer it.”

Your guess is as good as mine.

The weekend was quite turbulent for Ethereum and Solana. While the Ethereum network struggled with the enormous demand for Otherside NFTs, Solana was having a hard time dealing with NFT minting bots. As a result, validators on Solana’s proof-of-stake (PoS) network were knocked out of consensus. This led to a network outage for several hours, the 7th time this happened since the beginning of the year.

This spike in demand caused the network to buckle, with validators moving out of consensus. The network remained down until 3 pm on Sunday, with Solana tweeting:

“Validator operators successfully completed a cluster restart of Mainnet Beta at 3:00 AM UTC, following a roughly 7-hour outage after the network failed to reach consensus.”

Shedding light on the issue, Metaplex, a Solana-based protocol that allows for the creation and minting of NFTs, confirmed that bots using its Candy Machine were partly responsible for the crash.

“Today Solana mainnet-beta went down partially due to botting on the Metaplex Candy Machine program. To combat this, we have merged and will soon deploy a botting penalty to the program as part of a broader effort to stabilize the network.”

To forestall future occurrences and possibly discourage botting, Metaplex revealed that it would implement a 0.01 fee on wallets that attempt to complete an invalid transaction. While this move will likely affect regular users with failed transactions, the company argues that such transactions are “typically done by bots that are blindly trying to mint.”

The network downtime didn’t come without consequences as the price of Solana’s native SOL token fell by nearly 7% to $84. As of press time, SOL was trading at $87.

DeGods is set to acquire a majority stake in BIG3. The Solana-based NFT project will be purchasing all of the top-tier NFT ownership stakes in Killer 3s, one of the teams on Ice Cube’s 3-on-3 professional basketball league.

As reported by CoinMarketCap in its weekly “Non-Fungible Thursdays” weekly recap, rapper and actor Ice Cube had previously unveiled the league’s intention to fractionalize team ownership by issuing NFTs for each of the 12 teams.

Over the past week, the top Solana NFT project announced that it was going to buy all 25 of the Fire-tier NFT ownership stakes in Killer 3s. As an added perk, DeGods NFT holders will have up to 500 “whitelist” spots to mint Killer 3s’ Gold-tier NFTs.

As for the benefits of holding the Fire NFTs, owners will be able to exercise more influence and control over the team. Notable, Fire NFT holders can vote on who will be the team CEO, president, and VP, in addition to using the IP rights to create team merchandise upon approval from the league. With DeGods holding all Fire-tier NFTs in Killer 3s, it will effectively have full control over the team.

Following the collaboration, Killer 3s will incorporate a DeGods patch on their game jerseys. DeGods branding will also be displayed on the scoreboard and within broadcasts.

“This is probably the most fascinating experiment in the entire NFT space right now,” said DeGods founder Frank in a release. “It’s cool because owning and operating a basketball team is a dream for millions of people. Now, we get to make that dream true for our holders.”

Meanwhile, in a video message posted to BIG3’s Discord server following the purchase, Ice Cube shed some light on the idea of letting NFT communities control stakes in teams. However, the league is not expected to follow the same approach for every other team as the wider public will also have a chance to purchase some NFTs.

“We thought about this: should one community own a team like that? And the answer is yes, especially if it’s the right community,” he said. “The league needs these communities, and these communities want to come in and grow the league.”

Later this month, BIG3 will hold fractionalized NFT sales for team ownership stakes, ahead of the league’s fifth season in mid-June.

Crypto News
Crypto.com Super Bowl Ad Had a Secret QR Code for NFTs
Coinbase was in your face with the QR code that bounced around the screen during the Super Bowl, but Crypto.com was a little more subtle — and those who spotted it got a rare prize.
Автор Connor Sephton
6 months ago
3 хв
Crypto News
Twitter Accuses Elon Musk of 'Trashing Company' and 'Hypocrisy' in New Lawsuit
A strongly worded document doubles down on Twitter's claim the world's richest man is refusing to honor his obligation because the $44 billion deal "no longer serves his personal interests."
Автор Connor Sephton
2 months ago
2 хв
Crypto News
Coinbase Sued for 'Improperly and Unreasonably' Locking Customers Out of Accounts
It comes as Coinbase's CEO Brian Armstrong indicates that the company is plotting big changes to how it makes money.
Автор Connor Sephton
1 month ago
3 хв
See all articles