The maximum number of Bitcoins that will ever exist is 21 million — but have you wondered how much BTC are circulating currently, and how many Bitcoins are irrevocably lost? 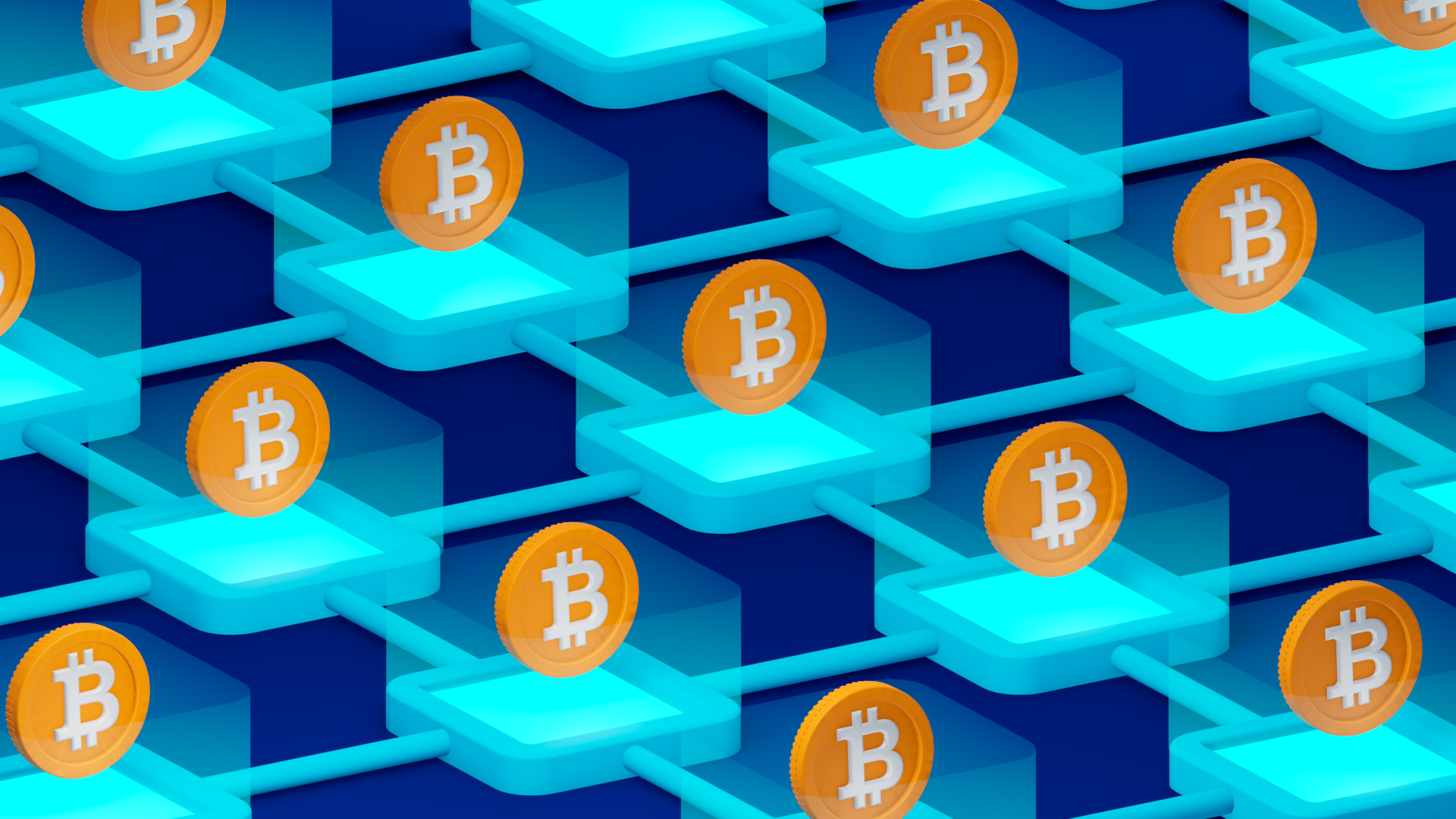 Have you ever wondered why Satoshi Nakamoto — the creator of Bitcoin — set the supply of Bitcoin to be fixed at 21 million?

Or when the supply of Bitcoin mined will hit that number?

To explain it at the highest level: the number of Bitcoin in circulation increases over time due to the emission of block rewards, which incentivize miners to assist with securing the blockchain and processing transactions into blocks.

This process will continue until Bitcoin reaches a hardcoded maximum supply, after which no new Bitcoin will be created.

If you want this relatively complex idea broken down into more digestible pieces, read on as we explore what Bitcoin's maximum supply means.

Why Is Bitcoin's Supply Fixed?

In order for something to have value, its supply must be finite and/or it must be challenging to obtain.

However, in many cases, the total supply of an asset and the difficulty of obtaining it can vary considerably over time — affecting the balance of supply and demand in any number of ways.

This is why precious metals like gold can see their value drop if large new deposits are found, or why commodities like grain, corn and sugar can skyrocket in price if yields fall.

Bitcoin attempts to resolve the effect of supply on value through a system known as "provable scarcity" — that is, the total supply of Bitcoin that can ever exist — 21 million — is set in stone and it is transparent to all.
This is part of the reason why Bitcoin is considered a strong alternative to fiat currency — since it has a known, unmanipulable quantity that will never suffer a supply shock.
When getting into exactly how many Bitcoins there are, there are three different ways to approach the question: maximum supply, circulating supply and available supply. Here’s how they differ.

Unlike most assets, Bitcoin has a definite fixed supply figure, known as its maximum supply — or the maximum number of Bitcoin that can exist. This figure is set at 21 million units.

The rationale behind setting the maximum supply at 21 million was clarified by Ray Dillinger, one of the first people to review the Bitcoin source code.

According to a Bitcointalk post by Dillinger from 2014, Satoshi Nakamoto — the creator of Bitcoin — set the figure at 21 million to ensure that even if Bitcoin’s market capitalization equaled the M1 money supply, the smallest denomination of Bitcoin (a single satoshi, also known as sats) would still be worth less than one cent — making it sufficiently divisible even as the world’s primary currency.

Learn more about the history of Bitcoin in our complete Bitcoin timeline.

This max supply rationale was further elaborated in an email between Satoshi and software developer Mike Hearn, where Nakamoto said:

“If Bitcoin remains a small niche, it’ll be worth less per unit than existing currencies. If you imagine it being used for some fraction of world commerce, then there’s only going to be 21 million coins for the whole world, so it would be worth much more per unit.”

Despite the maximum supply being hardcoded at 21 million, an inflation bug (CVE-2010–5139) encountered back in 2010 briefly pushed the total supply to over 184 billion. This prompted a forced chain split at block 74,638 to correct an anomalous transaction that minted 184.4 billion BTC as a result of an integer overflow bug. Likewise, another inflation bug (CVE-2018–17144) was discovered in September 2018 by a Bitcoin Cash developer, but it was patched before it could be misused.
Though its supply is currently set at 21 million, it is not outside the realm of possibility that this number could be changed in the future — such as by simply increasing the maximum cap to, say, 42 million, or by executing a redenomination to lower/increase the supply. Both of these options would require the majority consensus of the Bitcoin mining network.

Note: The BTC supply will never actually reach 21 million due to the use of rounding operators in its codebase, which results in block rewards being rounded down with each halving. Instead, it will reach *almost* exactly 21 million.

Though Bitcoin’s total supply is set at 21 million, not all of this is currently in circulation. As of writing, 19.08 million BTC is circulating, equivalent to 90.85% of the total supply.

Much of this supply was released in Bitcoin’s early years when the block reward was set at 50 BTC per block. Three halvings later, the block reward sits at 6.25 BTC, which are minted approximately every 10 minutes as each new block is added to the blockchain.

With a current reward of 6.25 BTC per block, and an average of 144 blocks mined a day, this results in the circulating supply expanding by 900 BTC per day, or 328,500 BTC per year. By dividing this into the current circulating supply, we get the yearly inflation rate — around 1.7%. This is set to fall to under 0.85% in approximately March/April 2024, at which point the block reward will be slashed to just 3.125 BTC.

Note: the current circulation supply can be checked on the Bitcoin coin detail page.
Given that Bitcoin blocks are mined every 10 minutes on average, the last block reward should be minted in 2140, at which point the supply will stop increasing. At this point, miners will no longer receive inflation-based rewards, and will only be rewarded with transaction fees.

Now that we’ve covered the total maximum supply and current circulating supply, it’s time to wrap up by examining the available supply — that is, the number of bitcoins that can actually be used, spent or moved.

According to a 2017 estimate by blockchain forensics firm Chainanalysis, approximately 20% of all BTC is likely permanently inaccessible for one of a variety of reasons. At its current supply of 19.08 million units, this means approximately 3.816 million BTC are no longer in circulation.

The number of Bitcoin held by Satoshi is currently estimated to range between 300,000 and 1.1 million based on various analyses of the mining patterns surrounding early blocks. Barring 10 BTC sent to Hal Finney in block 170, none of this BTC has ever been moved since it was mined. Because of this, some may consider that up to 1.1 million BTC held by Satoshi are permanently removed from the supply.
This is in addition to the at least hundreds of thousands more lost by users that forget their private keys and/or recovery phrase — including one poor soul who accidentally discarded a laptop containing 7,500 BTC.

Check out our guide on how to store your Bitcoin, and other crypto assets, securely.

Beyond this, around 10% of the Bitcoin supply hasn't been moved in the last decade. Given its meteoric price growth during this time, it is widely believed that most of these owners have either forgotten about their stash or simply cannot access it.

There are also a large number of Bitcoin burn addresses, where people send BTC to be permanently removed from circulation. These are addresses that do not have a valid private key and cannot be accessed. As of writing, the most popular Bitcoin burn address contains 2,130 BTC.
But as Satoshi Nakamoto said back in 2010: “Lost coins only make everyone else's coins worth slightly more.  Think of it as a donation to everyone."
This article contains links to third-party websites or other content for information purposes only (“Third-Party Sites”). The Third-Party Sites are not under the control of CoinMarketCap, and CoinMarketCap is not responsible for the content of any Third-Party Site, including without limitation any link contained in a Third-Party Site, or any changes or updates to a Third-Party Site. CoinMarketCap is providing these links to you only as a convenience, and the inclusion of any link does not imply endorsement, approval or recommendation by CoinMarketCap of the site or any association with its operators. This article is intended to be used and must be used for informational purposes only. It is important to do your own research and analysis before making any material decisions related to any of the products or services described. This article is not intended as, and shall not be construed as, financial advice. The views and opinions expressed in this article are the author’s [company’s] own and do not necessarily reflect those of CoinMarketCap.
3 people liked this article

Crypto Basics
Week in DeFi: Frax Leads LSD Race, MetaMask Hops on the Bandwagon
Another exciting week in DeFi as markets rally and the LSD narrative heats up — check out our weekly roundup of the most important DeFi tweets, news and alpha you can't miss out.
Автор 0xKira
3 days ago
4 хв
Crypto Basics
What Are Cryptocurrency Hedge Funds?
Cryptocurrency hedge funds work much like traditional hedge funds in that they allow individual investors to contribute to an expert-managed investment pot.
Автор Daniel Phillips
1 week ago
6 хв
Crypto Basics
Blockchain Gaming: Pipedream or Prophesy?
CoinMarketCap Alexandria analyzes the state of blockchain gaming in 2023 — and its future potential.
Автор Daniel Phillips
1 week ago
7 хв
See all articles