Copper is one of five crypto firms that is yet to achieve full registration with the Financial Conduct Authority, and is reportedly planning to move its operations abroad. 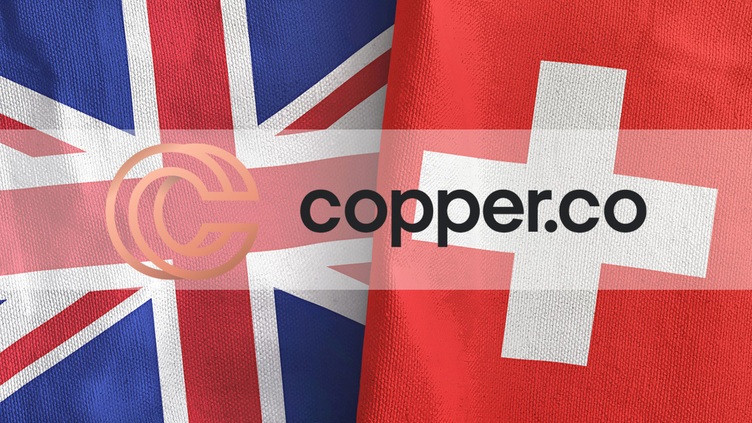 A crypto company that counts a former finance minister among its advisors is reportedly plotting a move to Switzerland — as hopes of achieving full regulatory approval in the U.K. begin to fade.

The Financial Conduct Authority had allowed companies that were seeking full registration as a cryptoasset service provider to be subject to a "temporary registration regime" — but this ended on March 31, 2022.

Copper is among five companies that remain on this temporary list even after the deadline passed — along with CEX.IO and Revolut. This could mean one of two things: they are attempting to finalize their application and arguing the FCA's decision, or in the process of winding down.

According to The Guardian newspaper, Copper has found it difficult to navigate "the threadbare regulatory regime for crypto" — and its lack of success in achieving full registration may mean that it fails to meet the City watchdog's anti-money laundering standards.

This could be particularly calamitous for Philip Hammond — a member of the House of Lords who served as Chancellor in the Conservative government from 2016 to 2019.

Lord Hammond has been vocal in his enthusiasm for digital assets, and has suggested that the U.K. should be an early mover in establishing a regulatory framework so the country can gain an economic advantage after Brexit.

And while his latest successor Rishi Sunak has unveiled plans to turn the U.K. into a "global cryptoasset hub," this may come too late for Copper, which is now said to be plotting a move to another jurisdiction. Hundreds of customers could end up being affected.

While Copper was valued at $3 billion as a result of a recent funding round, The Guardian suggested that its value could plummet if it heads to Switzerland, not least because the firm may struggle to attract funding from potential investors.

This would have ramifications for the "growth shares" that Lord Hammond holds — worth an estimated 0.5% of the company — meaning a nest egg of $15m could dwindle.

In a statement to The Guardian, Copper says that its talks with the FCA are continuing.

Crypto News
Judge Asked to Tighten SBF's Bail Conditions After He Messages Potential Trial Witnesses on Signal
Sam Bankman-Fried reached out to the current general counsel of FTX US with a proposal to "vet things with each other" — raising alarm bells with prosecutors.
Автор Connor Sephton
17 hours ago
3 хв
Crypto News
Law Firm Overseeing FTX Bankruptcy Could Make Hundreds of Millions of Dollars
Sullivan & Cromwell has more than 150 people working on the case — and 30 of them charge over $2,000 per hour. Associates are paid a minimum of $810 per hour.
Автор Connor Sephton
17 hours ago
1 хв
Crypto News
Man Jailed After Stealing $2.5M of IOTA from Over 100 Investors
Wybo Wiersma, a Dutchman living in the United Kingdom, had established a website called iotaseed.io, which apparently allowed people to generate a secure seed phrase.
Автор Connor Sephton
17 hours ago
1 хв
See all articles