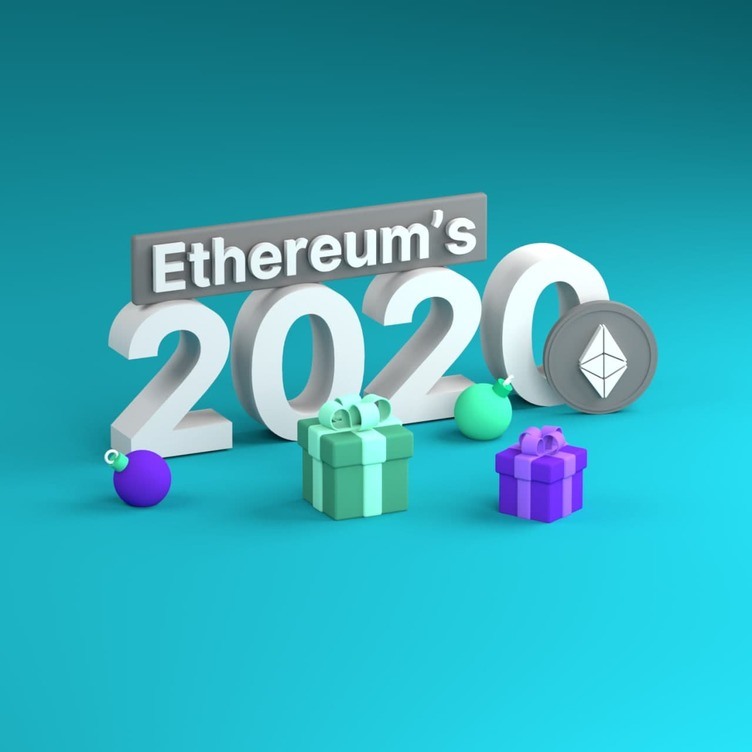 Not all of us have had a bad year. Ethereum’s 2020 will go down in the history books for several reasons — with the blockchain unlocking new cases and ETH going through the roof. Here’s our countdown of the 10 biggest moments for Ethereum this year.

Phase 0 of Ethereum 2.0 was initially meant to go live in January 2020 — but the date was pushed back at the last minute so changes to the Proof-of-Stake network’s technical design could be made. It was then hoped the launch could happen in July, marking the blockchain’s fifth anniversary. As time went on, there were doubts it would even happen this year at all.

9. The final testnet suffers an outage

There was a further setback in August when Medalla, the last multi-client testnet before Phase 0, suffered a dramatic outage. Most validators were thrown offline by the bug, prompting fears that Eth2 would need to be pushed back even further. Ethereum’s transition to PoS is a high-stakes move (pardon the pun.) Developers admitted that an incident like this would be “catastrophic” on the mainnet, but argued it’s exactly what testnets are designed for.

8. DeFi demand goes through the roof...

The vast majority of DeFi protocols are based on the Ethereum blockchain, with the total value locked in this sector leaping from $700 million to $16 billion over the course of 2020. Although this is a good thing, the current network has struggled to cope with congestion — making the launch of Eth2 more urgent than ever before. And over the summer, we found out why.

At the start of September, average transaction fees on the Ethereum stood at a staggering $14.58. Fears were growing that the network’s infrastructure was stopping DeFi from thriving, and developers may seek alternative blockchains unless the scalability and greater throughput promised by Eth2 arrived soon. At one point, some stakers reported fees of up to $99.

Some crypto executives, such as FTX CEO Sam Bankman-Fried, even believe that Eth2 won’t be able to keep up with demand for DeFi in the years to come. He predicted that a billion people a day may soon rely on decentralized finance protocols, and that sharding is only a short-term solution for achieving proper scalability.

As a never-ending array of food-themed DeFi protocols popped up, Ethereum co-founder Vitalik Buterin had a warning for anyone who was tempted in investing in this super-volatile sector. He wrote: “Reminder: you do NOT have to participate in ‘the latest hot DeFi thing’ to be in Ethereum. In fact, unless you *really* understand what's going on, it's likely best to sit out or participate only with very small amounts.”

DeFi hasn’t been the only area where the Ethereum blockchain has come into its own. It’s also home to rare and unique assets known as non-fungible tokens. This technology has been used to create a plethora of collectibles — including trading cards for world-class footballers and gripping digital artwork. This year, we saw some NFTs sell for hundreds of thousands of dollars.

In November, the deposit contract went live — enabling crypto enthusiasts to lock up the 32 ETH that’s required to become a validator on Ethereum 2.0. A total of 524,288 ETH was needed in order to activate the beacon chain, and a soft deadline of Dec. 1 was established. Deposits were slow at first, but this target was reached in enough time for Phase 0 to launch on schedule.

And lo and behold, the beacon chain officially made its debut on Dec. 1. But this isn’t the end of the Eth2 journey, and it’ll still take several years before the current Ethereum mainnet can dock with the upgraded network — meaning that the transition to Proof-of-Stake will be complete. ETH enthusiasts will be hoping that subsequent phases don’t end up suffering similar delays.

Of course, the biggest moment of 2020 has been the dizzying growth in ETH prices. From a starting point of $130 on Jan. 1 to highs of $673 seen in mid-December, the world’s second-largest cryptocurrency has grown by 417% this year — comfortably outperforming Bitcoin’s gains of about 235%. The Ethereum network is also on course to process a whopping $1 trillion in transfers by Dec. 31. Can ETH keep up the momentum in 2021?

Crypto News
Podcast: Bankrupt BlockFi Owes Billions — as Elon Musk Picks a Fight with Apple
Plus, Kraken gets a slap on the wrist after violating U.S. sanctions — and why the bear market has hit Miami's nightclubs hard.
Автор Decentralized Dog
2 minutes ago
1 хв
Crypto News
Revealed: How Much BlockFi Owes to Its Biggest Creditors
In other developments, the Financial Times is reporting that BlockFi is suing Sam Bankman-Fried in an attempt to seize shares in Robinhood.
Автор Decentralized Dog
45 minutes ago
1 хв
Crypto News
Elon Musk Triple Dog Dares Apple to Boot Twitter from App Store
In a series of angry tweets, Twitter's new owner said Apple had threatened to remove the social media app from its App Store — and 1.2 billion iPhones.
Автор Decentralized Dog
47 minutes ago
3 хв
See all articles