Crypto News, May 11: Why One Analyst is Still Optimistic about Bitcoin

Also today, why Bitcoiners are trying not to say "I told you so" after UST and LUNA imploded. 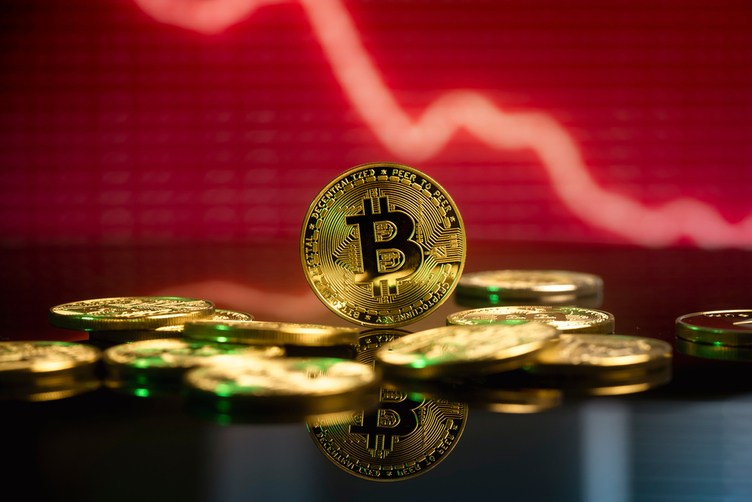 Editor's Note: Bitcoiners Say 'I Told You So'

The drama surrounding UST and LUNA is awful — and countless crypto investors have lost a lot of money.

And many Bitcoiners, who believe most if not all altcoins are worthless, are now trying their best to avoid saying "I told you so."

Some foresaw this exact scenario months ago, when Do Kwon initially unveiled plans to back the UST stablecoin with Bitcoin. But they were laughed out of the room — with Terra's co-founder dismissing their concerns.
If there's one silver lining, it's this: the UST/LUNA fiasco is unlikely to have too much of an impact on the crypto markets in the days ahead. That danger has now passed after the Luna Foundation Guard's BTC reserve was liquidated, and LUNA's market cap plummeted by billions of dollars.
Today's sorry saga marks the death of yet another algorithmic stablecoin, and painfully illustrates why diversification in a crypto portfolio is so important. But above all else, it shows you should never invest more than you can afford to lose.

Catch up on all the latest drama in the crypto markets by listening to the CoinMarketRecap podcast with Connor Sephton. Subscribe to us for free on Apple Podcasts, Spotify and Google Podcasts.

Bitcoin's future remains on a knife edge. The world's biggest cryptocurrency plunged to lows of $29,323.23 on Wednesday afternoon — but later bounced back above $31,000. It shows BTC won't meaningfully fall below $30,000 without a fight. It comes hot on the heels of inflation data from the U.S. The Consumer Price Index rose 8.3% in April. While this is a slight improvement on the 8.5% recorded in March, it's still close to 40-year highs. Bloomberg Intelligence analyst Mike McGlone believes BTC may fall below $30,000 if the stock market keeps dropping. However, he's confident Bitcoin is poised to "come out ahead" eventually.

The UST stablecoin's violent depeg from the U.S. dollar has gotten worse. It fell to lows of $0.29 — far below its target of $1. And LUNA, which until recently was one of the 10 biggest cryptocurrencies by market cap, has been obliterated. The embattled altcoin plunged to lows of $0.83 before — down over 95% — but had rebounded slightly at the time of writing. Such a plunge is unprecedented for a major altcoin, and it's crazy to think LUNA was worth $32.53 just 24 hours ago. Terra's co-founder Do Kwon has been criticized after falling silent for almost 24 hours as the crisis worsened. Efforts are underway to help UST return to $1 — and this will include minting and selling new LUNA tokens. But it may be too little, too late.

A difficult time for crypto investors 😔

The selloffs in the crypto markets have caused anguish and stress — with some investors losing life-changing sums of money. If you're in this situation right now, you may feel helpless — like you have nowhere to turn. But this is important to remember: this too shall pass. And if you are considering ending your own life, please do not suffer in silence and reach out to somebody. In the U.S., the National Suicide Prevention Helpline is available 24 hours a day — and you can call 1-800-273-8255. Dedicated support and a friendly voice are available around the world. You can find the best numbers to call where you are here. On Reddit, one man has shared a powerful story of how he attempted suicide — but later realized he was "ridiculously stupid" for considering it. Read his story.

And in other news, Elon Musk has said he will unban Donald Trump if his takeover of Twitter is successful. He described the social network's decision to permanently suspend the former president as "morally wrong and flat out stupid." But given Trump has declared he wouldn't return to Twitter even if his account is reinstated, it might not make a difference. Musk reiterated that he believes permanent bans should be extremely rare and only used for bots or scam accounts. Speaking at a Financial Times summit, he expressed hope that his $44 billion deal to buy Twitter will be completed in the next three months.
18 people liked this article

Crypto News
Binance and Coinbase Are Now Among Top 1,000 Websites Worldwide
Both exchanges are now more popular than some of the world's biggest financial brands.
Автор Decentralized Dog
1 year ago
1 хв
Crypto News
CoinMarketRecap Podcast: Listen to This Week's Crypto News!
It's an NFT special! As market mania continues, we explain the latest trends.
Автор Connor Sephton
11 months ago
1 хв
Crypto News
Revealed: How Much ETH is Owned By the Ethereum Foundation
Another interesting revelation relates to how the Ethereum Foundation currently has $300 million "in non-crypto investments and assets."
Автор Connor Sephton
3 months ago
3 хв
See all articles