Also today, a report claims Instagram can become a bigger NFT marketplace than OpenSea — even if just 2% of users get involved. 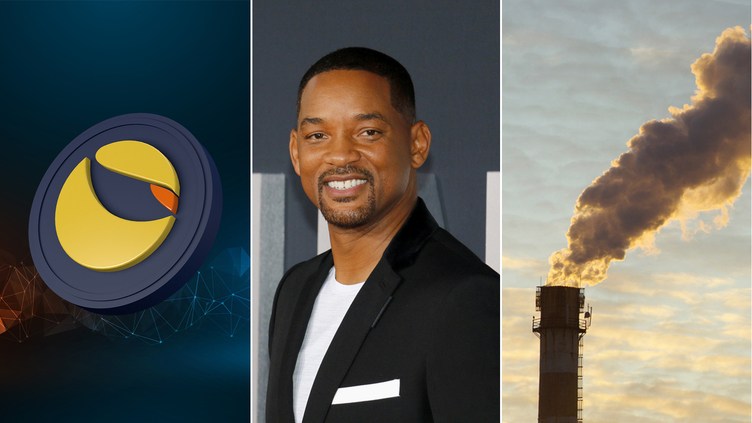 Terra's LUNA token has hit a new all-time high of $106.14. The altcoin's value has surged by close to 50% over the past month, and CoinMarketCap data shows it's the eighth-biggest cryptocurrency in the rankings. It comes as excitement builds over efforts to back the UST stablecoin, which is based on Terra's blockchain, with Bitcoin worth billions of dollars. At the time of writing, the Luna Foundation Guard has purchased $1.3 billion worth of BTC — and the nonprofit intends to increase this to $3 billion in the short term, potentially rising to $10 billion over a longer timeframe.

Will Smith NFTs launch after THAT slap 👀

It was inevitable. Hours after Will Smith slapped Chris Rock at the Oscars, a new token devoted to the actor was launched. "Non-fungible slaps" featuring pictures of Sunday night's incident were also listed on OpenSea. Rock had made a joke about the actor's wife, Jada Pinkett Smith, that alluded to the fact she has alopecia, a condition that causes hair loss. Although it may be tempting to invest in the Will Smith Inu memecoin, and snap up a couple of the NFTs, this might not be a good idea. History shows that the value of these tokens can crash dramatically… and there's also a real danger of rug pulls.

An unlucky NFT collector has sold their Bored Ape for just $115 — 99.97% below the current asking price for the cheapest one in the collection. Some on social media think cchan.eth accidentally listed Bored Ape #835 for 115 DAI instead of 115 ETH. And that's not all. Records also show that a Mutant Ape belonging to cchan.eth was sold for 25 DAI at the same time — $25 — well below the current floor price of $76,000. The fact that it's happened twice has sparked fears that cchan.eth may have been hacked. Whether it's a fat-fingered mistake or something more malicious, the unfortunate collector has missed out on about $470,000 worth of profit.

Instagram will easily overtake OpenSea as the world's biggest NFT marketplace, Deutsche Bank has predicted. Mark Zuckerberg's photo-sharing app has confirmed that it plans to add crypto collectibles over the coming months. Analysts believe this could attract millions of new consumers to the NFT space, and deliver billions of dollars in revenue for Instagram. The bank conservatively estimates that — if just 2% of Instagram's monthly active users embrace its NFT marketplace — it would have a user base of 44 million… way more than OpenSea's 1.4 million. Projections suggest Instagram's revenues from NFT sales would hit a minimum of $1.7 billion a year… and potentially as much as $8 billion.

Greenpeace is spearheading a new campaign that calls on Bitcoin to abandon its Proof-of-Work blockchain and move to a more environmentally friendly consensus mechanism. The "Change the Code, Not the Climate" campaign claims adapting Bitcoin's software code would reduce the amount of energy that the network uses by 99.9%. It also says that it would take just 30 people to agree on switching to a low-energy protocol — insisting "key miners, exchanges and core developers who build and contribute to Bitcoin's code" have the power to stop harming the planet. Pointing to Ethereum's switch to Proof-of-Stake, the campaign asks: "Ethereum is changing its code. Many others use less energy. Why isn't Bitcoin?"
20 people liked this article

Crypto News
Gap Turns Hoodies into NFTs with Help of Frank Ape
The troubled fashion brand's non-fungible tokens will range in price from $8.30 to $415, and some of them will be accompanied by a physical sweatshirt too.
Автор Connor Sephton
5 months ago
2 хв
Crypto News
Fox Jumps Feet First into NFTs and Sets Up $100M Creator Fund
It looks like rumors surrounding the death of NFTs have been hugely exaggerated.
Автор Connor Sephton
1 year ago
2 хв
Crypto News
Mila Kunis Celebrates as Stoner Cats NFT Collection Sells Out in 35 Minutes
A total of 10,420 NFTs were up for grabs, and each one was priced at 0.35 ETH.
Автор CoinMarketCap
11 months ago
2 хв
See all articles