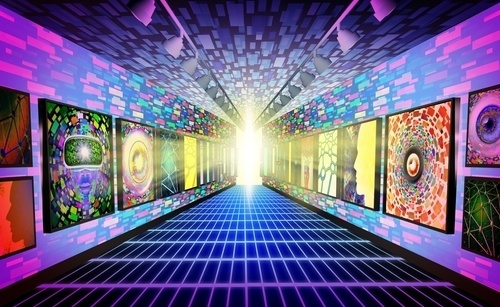 Major U.S. trading platform Robinhood has listed SHIB, the well-known dog memecoin. Along with SHIB, altcoins Solana, Polygon’s MATIC and COMP have also been added to the trading platform. Just last year, Robinhood CEO Vlad Tenev had said that the platform had no real plans to list SHIB anytime soon. SHIB supporters have long called for Robinhood to add the dog-themed coin — a Change.org petition reached over half a million signees in 2021.

Bitcoin saw its biggest day of liquidations since late January, with inflation fears dragging down equity markets across the board. Over $440 million of longs were wiped out only five days after another $400 million longs had been liquidated. With the market anxiously awaiting new CPI figures, commentators on social media dismissed the idea of the war in Ukraine as the main culprit for surging inflation.

Ethereum successfully completed its first shadow fork as the network nears The Merge — its long-awaited switch to proof-of-stake. With the price of ETH having rallied against BTC over the last few weeks, investors and the community expect The Merge to be highly bullish for Ethereum. Still, its exact date for the PoS upgrade is still unclear.

Epic Games Raises an Epic Amount to Build the Metaverse

Fortnite developing studio Epic Games raised $2 billion — $1 billion each from Sony and LEGO — to build metaverses in cooperation with both firms. This marks already the second investment from Sony into the company, while LEGO is dipping its feet into building a metaverse for children. This big investment is further evidence of a booming market for the metaverse overall, which is expected to grow to up to five billion users this decade.

Coinbase and Yuga Labs revealed plans that will see the crypto exchange launch a film trilogy starring the Bored Apes and Mutant Apes NFT collections. "The Degen Trilogy" will be an opportunity for Bored Ape holders to have their NFTs become movie stars, and will launch in June at NFT.NYC. Two further films are planned, with the spin-off Mutant Apes starring in the sequel.

ICHI, a stablecoin protocol, was collateral damage of the wider market downturn. Its Rari Fuse Pool got wiped out — the token lost over 90% of its value in only 24 hours, as traders rushed to the exit door. While some on crypto social media were not surprised by yet another liquidation cascade, other influencers were caught red-handed, having promoted the token only days before.
This article contains links to third-party websites or other content for information purposes only (“Third-Party Sites”). The Third-Party Sites are not under the control of CoinMarketCap, and CoinMarketCap is not responsible for the content of any Third-Party Site, including without limitation any link contained in a Third-Party Site, or any changes or updates to a Third-Party Site. CoinMarketCap is providing these links to you only as a convenience, and the inclusion of any link does not imply endorsement, approval or recommendation by CoinMarketCap of the site or any association with its operators. This article is intended to be used and must be used for informational purposes only. It is important to do your own research and analysis before making any material decisions related to any of the products or services described. This article is not intended as, and shall not be construed as, financial advice. The views and opinions expressed in this article are the author’s [company’s] own and do not necessarily reflect those of CoinMarketCap. CoinMarketCap is not responsible for the success or authenticity of any project, we aim to act as a neutral informational resource for end-users.
15 people liked this article

Crypto News
Terra's Blockchain to Be Revived, But Some Investors Are Furious with Do Kwon
The proposal's approval means that the new network is scheduled to launch on Friday, with a fresh round of LUNA tokens airdropped to existing investors.
Автор Connor Sephton
2 months ago
2 хв
Crypto News
Does SEC Tweet Hint Bitcoin ETF Approval is Imminent?
The tweet, sent from the SEC’s Investor Education account, has amassed more than 3,000 retweets at the time of writing — considerably more than what its content normally enjoys.
Автор Connor Sephton
10 months ago
2 хв
Crypto News
CoinMarketCap The Capital Conference in Metaverse: Lane Two Live Updates
Our online conference has two tracks — see the second lane of speakers here live on our YouTube channel.
Автор CoinMarketCap
2 months ago
1 хв
See all articles