The company had said the controversial changes were being introduced to "ensure long-term sustainability." 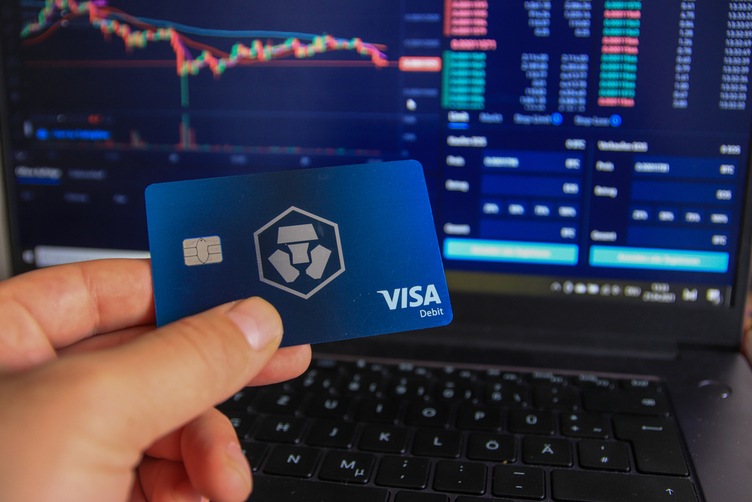 Crypto.com is in damage control mode after plans to reduce staking rewards on its Visa prepaid cards were met with a fierce backlash.

The embattled company had said the controversial changes were being introduced to "ensure long-term sustainability."

But now, Crypto.com's CEO Kris Marszalek has announced that card staking earn rates will no longer be abandoned completely — and instead, a "more balanced approach" will be offered.

Owners of high-end Obsidian, Icy White and Frosted Rose Gold cards will be able to earn 8% APY, falling to 4% APY for those with Royal Indigo and Jade Green cards.

But insisting that changes need to be made in a Twitter thread late on Monday night, Marszalek wrote:

"These are of course tough decisions — nobody wants benefits to be reduced, least of all me. Given our large scale though, it is necessary to ensure long-term sustainability."

And he stressed that Crypto.com is now one of the world's largest platforms, with an ecosystem that is "growing exponentially." He pointed to rises in the number of transactions and unique wallets — and promised "attractive yields for the community" are in the pipeline.

A key element of Crypto.com's cards concerns the rewards that users receive after making a purchase — with a percentage of the sale amount returned in the form of CRO tokens. But on Sunday, the company announced these percentages were being reduced — eliminating rewards altogether for Midnight Blue card holders.

Further pain lies ahead for those who own Ruby Steel cards, as the maximum amount of CRO they could earn in a single month will now be capped at $25. This rises to $50 for Royal Indigo and Jade Green card holders.

CRO Tanks as Users Fight Back

The controversial announcement helps explain why the Cronos token has suffered outsized losses over the past seven days when compared with other major cryptocurrencies.

CRO has fallen by 27.4% over the past week — comfortably making it the worst performer in the top 20.

Users described the changes as a "joke," and warned that Crypto.com is no longer competitive with the likes of Coinbase. Some even said they were being tempted back to fiat, adding:

"Better to spend money using a bank reward card so no worries about taxman and CRO price volatility."

Others lamented how Crypto.com has "wasted" money on advertising — spending millions of dollars on high-profile partnerships when those funds could have gone toward maintaining these rewards programs.

Many are now threatening to take their business elsewhere once their current 180-day staking period expires. One user who has even taken the step of changing their Twitter handle to @CroNeverAgain wrote:

"Too many credit cards out there that offer greater rewards. Most of us will leave when our 180 is up and never come back because even if you bring new stuff to the ecosystem, we now know it will be taken from us without notice."

Crypto News
Cream Finance Hacked....Again: Crypto News Recap, Aug. 30
Today, we look at the second Cream Finance hack, as well as some problems in Russian crypto mining among friends and why OpenSea needs more engineers.
Автор Connor Sephton
11 months ago
3 хв
Crypto News
Crypto News, Feb. 14: Epic Fail as Coinbase Crashes
Also today, Netflix has ordered a documentary on the Bitfinex saga... and Uber says it will "absolutely" accept crypto payments in the future.
Автор Connor Sephton
6 months ago
3 хв
Altcoins
What is YooShi (YOOSHI)?
CoinMarketCap takes a deep dive into YooShi — a memecoin inspired by Yoshi, a green dinosaur in the Super Mario franchise, that has evolved into a metaverse-focused crypto with NFT offerings.
Автор Adrian Zmudinski
8 months ago
5 хв
See all articles