An easy-to-understand look at this week's crypto news — including why Bitcoin briefly fell below $40,000. 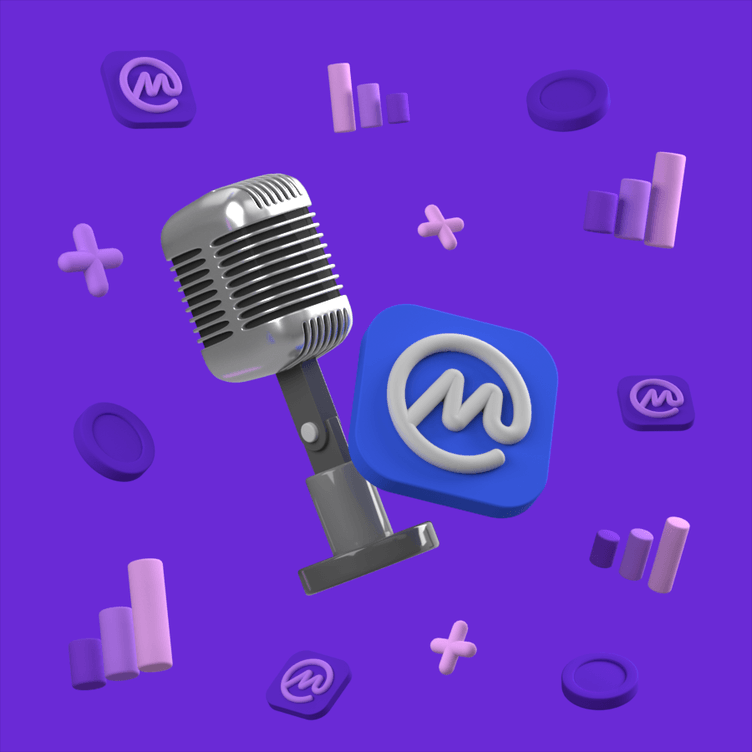 ‍It’s been a rather scary week to be a crypto investor — and bizarrely, Bitcoin’s brief fall below $40,000 has a lot to do with a Chinese property company that you’ve probably never heard of until recently.
Evergrande is in a lot of debt — $300 billion to be exact. And when it emerged that the firm is struggling to keep up with interest rate payments, markets around the world were spooked.

Now you may be thinking… why does that affect Bitcoin exactly? Well, it’s because some traders opted to pull their funds out of risky assets.

Molly Jane Zuckerman also joined us to talk about the stories that caught her eye this week, with two Bitcoin giveaway scams hitting the headlines.

Opportunistic fraudsters set up a bogus Apple website to coincide with the launch event for the iPhone 13. Days later, Bitcoin.org — one of the first websites to host Satoshi Nakamoto’s whitepaper — was targeted. Its page was replaced with a false promise that anyone who sent BTC to an address would get twice as much back.

Elsewhere, we discussed Tom Brady, the NFL star who has said he would love to be partly paid in Bitcoin, Ether and Cardano. But is this a good idea? Molly Jane said:

“If you get your paycheck entirely in Bitcoin, and then it goes down 10%, you are making less money than you would have expected. You also could make more money than you would have expected, but it's not something that is predictable. For someone like Tom Brady, I don't really think that he's living paycheck to paycheck. I may be wrong, but I have a hunch that he has a pretty good savings account. So… he can take that risk. He could be willing to lose his entire paycheck. For people in the world that maybe need to pay rent with their monthly paycheck… you know, what, if it goes to zero?”

We’ve also got an update on Snoop Dogg, who has claimed he is the A-lister behind Cozomo de’ Medici, a Twitter account that focuses on NFTs. New reports suggest there might be more to this than meets the eye…

Charities around the world are increasingly allowing donations to be made using cryptocurrencies. In fact, Save The Children was one of the first to accept Bitcoin back in 2013.

Over the summer, U.S. forces hastily withdrew from Afghanistan after the Taliban takeover. Thousands of vulnerable people who were hoping to evacuate Kabul were unable to leave in time.

Now, an NFT collection has been created, with 100% of the funds raised going to those still trapped in the country.

On the show, Connor spoke to aid worker and crypto entrepreneur Amy  Karr and @realnftboi, who created Safe Passage NFTs.

Amy explained that the lives of many Afghans are in danger, and some are facing imprisonment. Now, it’s up to nonprofit organizations to continue evacuations and to help keep people safe on the ground. Explaining how the ETH raised will be used, she said:

“Safe shelters, keeping basic needs covered — whether that's food or water or medical — while they're in a holding pattern, waiting for those options for evacuation. And then, you know, it goes into making sure that they can leave the country safely and have their needs fulfilled on the other side as well.”

The benefits of using crypto for fundraising in a place like Afghanistan can be profound. SOAA, a nonprofit that’s helping with the NFT sale, previously described how its wire transfers were delayed in Afghanistan — affecting plans to evacuate 165 people from Kabul Airport.

“In my view, this project is really historic. We’re using these NFTs to save lives. I'm an avid NFT collector and there's nothing wrong with aping into the latest project … [but] let's show the world that we can really do good with crypto and with NFTs.”

The Atlantic Council has launched an updated version of its CBDC tracker, which shows how countries around the world are progressing in the race to launch a central bank digital currency.

But what are CBDCs — and which nations are ahead of the curve?

“A central bank digital currency is a digital payment instrument that's denominated in the national unit of account. So, for example, U.S. dollars. And it is a direct liability of the central bank, whether that's the Federal Reserve in the United States or the Bank of England.”

He revealed that just two central banks — The Bahamas and the Eastern Caribbean — have launched a CBDC so far, but the likes of China, South Korea and Sweden are making good progress. Meanwhile, the U.S. is falling behind — with members of the Federal Reserve questioning whether one is necessary.

We also asked Ole what CBDCs could mean for financial inclusion, whether China’s desire to achieve “controllable anonymity” should be a concern, whether these assets could affect the privacy of everyday consumers, and what their arrival could mean for stablecoins and cryptocurrencies like Bitcoin.