Bitcoin Could Drop Another 70% to $5,000 in 2023, Standard Chartered Warns
Зміст
More Bankruptcies
A Different View
Bitcoin

It's a long-shot scenario in the global bank's annual set of long-shots, which calls out scenarios its analysts believe have a "non-zero" chance of coming true. 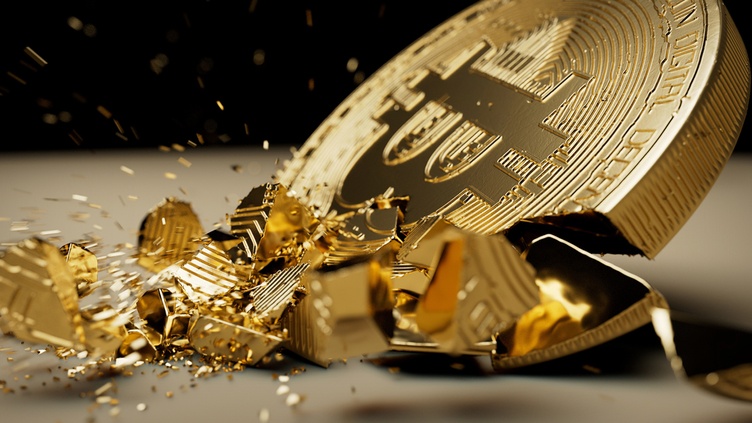 Standard Chartered bank's annual surprise list called out a possible collapse in crypto prices, with Bitcoin tumbling to $5,000 in 2023.

While the multinational bank's Financial Markets Surprises of 2023 are far from predictions — as it focuses on long shots that its analysts think are nonetheless "under-priced by the markets"  — it does suggest that crypto's woes are far from over.

The 70% drop in the price of Bitcoin is predicated on a number of other things happening, including the Federal Reserve reversing its recent, aggressive interest rate hikes, a worsening economy, a big drop in tech stocks, and most notably a growing contagion from the collapse of the FTX exchange and its sister trading firm Alameda Research last month, wrote Eric Robertsen, global head of research at Standard Chartered Bank, on Sunday. He said:

"Yields plunge along with technology shares, and while the Bitcoin sell-off decelerates, the damage has been done. More and more crypto firms and exchanges find themselves with insufficient liquidity, leading to further bankruptcies and a collapse in investor confidence in digital assets."

In this scenario, gold would take off, rising as much as 30%.

There would be another string of bankruptcies like the one that spread out from the failure of the terra/LUNA stablecoin and subsequent collapse of crypto hedge fund Three Arrow Capital in July, which took more than a half dozen crypto lenders down with it. So far the FTX collateral damage is limited to BlockFi, the crypto lender that Sam Bankman-Fried tried and failed to rescue.
But Digital Currency Group is reportedly struggling to keep its Genesis crypto brokerage out of bankruptcy. Genesis' lending arm, Genesis Global Capital, froze withdrawals on Nov. 16 and has reportedly warned investors it may fall into bankruptcy if it can't raise $1 billion — and there are concerns that could spread if it happens. DCG also owns Grayscale, the struggling Bitcoin trust manager.

The overall result, Robertsen said, would be catastrophic for Bitcoin, but Robertsen stressed that this is a scenario with a "non-zero probability of occurring" in 2023 and that it is "materially outside of the market consensus or our own baseline views."

"The question of just what lies ahead for digital assets has arguably never been harder to answer following the collapse of Sam Bankman-Fried's FTX exchange and sister trading house Alameda Research. The tremors spreading from the blowup threaten to topple more crypto companies and buffet token prices.

Bloomberg Intelligence's new 2023 Crypto Outlook takes a very different perspective, suggesting that history will look back on 2022 in much the same way it does the bear market for internet stocks of 2000-02.

"That the fastest horse on the way up has been a leading loser amid the most significant global macroeconomic reset in a lifetime may be little surprise… A year from now, it's likely the Fed will have transitioned toward easing, and cryptos appear ready to resume their propensity to outperform most traditional assets."

Arguing that Бitcoin "is becoming digital gold" — a comment largely unheard since crypto crash at the end of 2021 — McGlone said that despite "one of the most severe drawdowns in crypto history" the BCGI is up about 200% since the end of 2019.

Compare that with gold, the S&P 500, the Bloomberg Commodity Spot Index and US money supply through Dec. 2 which are up 20% to 60%, he said, adding:

"Our bias is risk vs. reward, with the BGCI tilted toward resuming its propensity to outperform."