With yet another Bitcoin Cash hard fork approaching — which chain will come out on top? 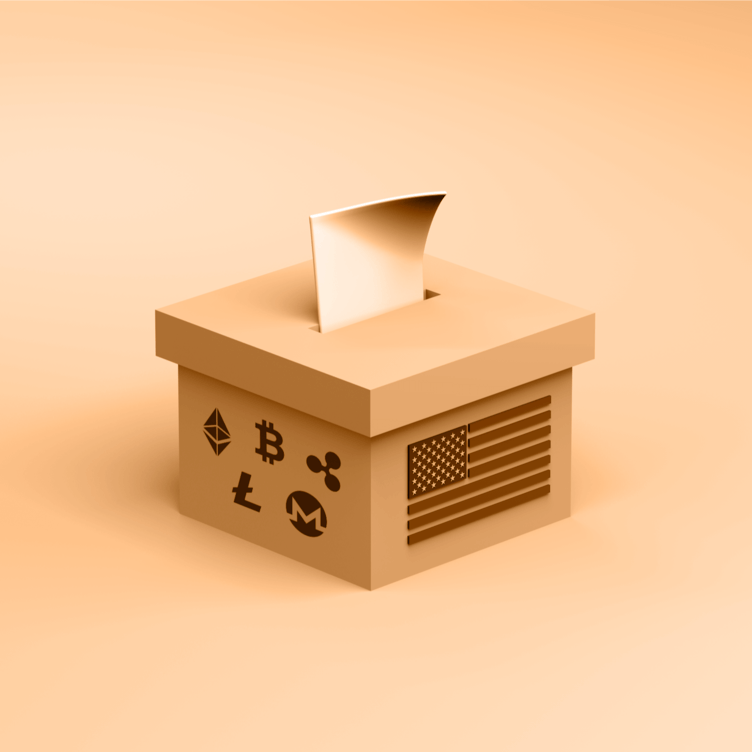 The U.S. presidential elections will not be the only bitter voting contest to reach its conclusion in November after months of public infighting. Bitcoin Cash (BCH) will undergo a scheduled protocol upgrade on Sunday, Nov. 15, 2020 (at around 12:00 P.M UTC), which is projected to result in a hard fork. Unlike the elections though, the winner in this battle already seems clear-cut well in advance.
Bitcoin Cash’s two competing 2020 protocols are known as Bitcoin Cash Node (BCHN) and Bitcoin ABC (BCHA). At present, Bitcoin Cash Node is resoundingly favored by the mining community, with 85% of block miners on mining pools signaling their support with messages added to each new mined block, such as "PoweredbyBCHN."

Two outcomes are possible: there will either be a “hard fork” bifurcation into two new Bitcoin Cash chains and coins where the longest chain will be supported, or the community will simply implement the upgrade changes and continue with the current single BCH chain.

As neither camp is willing to budge and reach consensus, the first scenario will almost certainly happen, where BCHN will eventually win out and likely receive the BCH ticker on most leading exchanges.

The reason for the Bitcoin Cash revolt is the disputed new Infrastructure Funding Proposal (IFP) added to the Bitcoin ABC codebase. Proposed by Bitcoin ABC’s controversial lead developer Amaury Séchet and also known as the "coinbase rule" upgrade (not related to the exchange), IFP aims to send 8% of new mining profits to a Bitcoin ABC-controlled address to help fund future development.

The coinbase rule has been something strongly opposed by most in the Bitcoin Cash community, who feel that this developer funding fee is not warranted. Critics are also concerned about the increasingly “centralized” nature of Bitcoin ABC’s development under Séchet, who further divided the community by claiming Bitcoin ABC would crush BCHN.

This mushrooming discontent has resulted in a dramatic loss of community support for Bitcoin ABC, the dominant full-node implementation of Bitcoin Cash that has dictated the development of BCH since its inception in 2017.

Miners and exchanges have three options: implement either the Bitcoin ABC or Bitcoin Cash Node update (sans the coinbase rule), or implement and follow both chains.

On Nov. 15, the two camps will implement their versions of the proof-of-work protocol upgrade, thus likely resulting in two separate chains, where the chain with the most mining power will ultimately win out with exchanges and miners.
This is a rather common occurrence in the world of cryptocurrencies, where miners or stakers often vote with their network hash power when communities can't reach consensus over important upgrades and issues.

No details have been finalized and the hard fork may not happen. However, it seems very likely, as no consensus has been reached between the two sides of the conflict.

As usual, outspoken Bitcoin Cash evangelist and libertarian Roger Ver is acting as community catalyst, throwing his considerable clout behind BCHN and driving its adoption. Ver has heavily criticized Sechet since January 2020, dismissing the Bitcoin ABC developer's coinbase rule as "a Soviet-style central planner's dream come true."
This follows Ver’s central involvement in forcing Bitcoin Cash’s original hard fork from Bitcoin in 2017 (due to irreconcilable differences on whether Bitcoin’s block size should be increased from 1MB to 8MB). He was also an integral player in Bitcoin Cash’s first “civil war” in August 2018 between competing Bitcoin Cash implementations Bitcoin ABC and “fake Satoshi” Craig Wright’s Bitcoin SV (BSV), which aimed to increase the block size even further. Bitcoin ABC ultimately came out on top, claiming the coveted BCH ticker and helping to banish BSV (in part due to Wright’s later behavior) off exchanges like Binance .

At this stage though, there seems to be a very clear winner: BCHN.

Importantly, the world's leading exchanges Binance, Coinbase and Kraken have announced that they will support BCHN if it is created, while other exchanges and crypto wallet providers like Ledger and Huobi will wait to see which protocol results in the longest chain with the most mining hash power. Kraken intends to support the longest chain and give it the BCH ticker, and will only list BTCA if it gets over 10% of the network’s hash power.
To help hedge against the potential fallout from BCHN stealing its crown, Bitcoin ABC stated on Twitter that it would support both BCHN and Bitcoin ABC after the fork, and respect their community's right to choose which blockchain to support. However, Bitcoin will offer no maintenance or development on BCHN.

Also included in the protocol upgrade and to be implemented by both camps are the new algorithm ASERT, which will replace the current Difficulty Adjustment Algorithm (DAA), as well as the Automatic Replay Protection function, which will ensure that non-upgraded validating nodes detach from the main network after Bitcoin Cash’s next big upgrade in May 2021.