There have been widespread concerns that the company could be affected by the bankruptcy of FTX — but Amber executives say daily operations are continuing as normal. 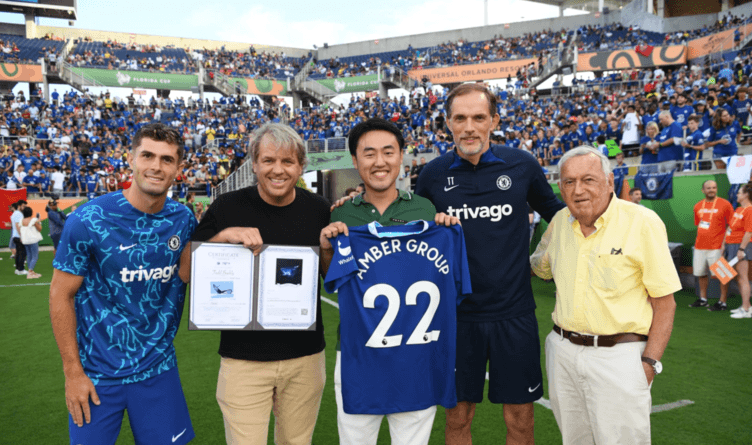 An embattled crypto trading platform is scrapping a high-end sponsorship deal with Chelsea Football Club, according to Bloomberg.

Amber Group is also reportedly slashing its workforce from 700 to 400 as the bear market bites — with the company shifting its focus from retail users to large institutions.

Bloomberg claims that this will effectively see the number of clients Amber Group has shrink from hundreds of thousands to just 100 — a staggering reversal.

The company runs the WhaleFin trading platform, and its logo had appeared on the sleeve of players in the English Premier League team.

It's believed that the sponsorship deal had been worth as much as $25 million to Chelsea — and it marks the latest pullback of crypto firms from lucrative tie-ups with sports teams.

In other developments, the Financial Times is reporting that Amber Group only managed to raise half of the $100 million it was seeking during a funding round.

There have been widespread concerns that the company could be affected by the bankruptcy of FTX — and although it isn't exposed to the doomed exchange's sister trading firm Alameda Research, it did have some funds on FTX.

Speaking to the newspaper, Amber Group's managing partner Annabelle Huang firmly denied allegations that there was disruption to its daily operations — describing such speculation as "predatory and misinformed."

Crypto Twitter was also spooked after it was claimed that scrutiny of public blockchain records showed that Amber Group had assets of just $9.46 million.

Huang has claimed that @lookonchain's figures fail to take into account business that takes place in private — and she insisted that withdrawals remain open as usual.

Amber Group's co-founder, Tiantian Kullander, died unexpectedly at the age of 30 late last month. In a statement, the company had described him as a "respected thought leader" and a "pioneer of the industry," adding:

"He put his heart and soul into the company, in every stage of its growth. He led by example with his intellect, generosity, humility, diligence and creativity."

Crypto News
FTX Asks To Subpoena Sam Bankman-Fried, His Family and Top Lieutenants
The executives and lawyers seeking to unwind FTX's abysmally recorded assets have complained that they are getting no cooperation.
Автор Leo Jakobson
21 hours ago
3 хв
NFTs
NFT Contest in Nike's Web3 Venue .Swoosh Offers Designers Access and Royalties
The virtual sneaker design contest will pair winners with Nike designers to create virtual kicks that could be dropped with its first NFT drop.
Автор Leo Jakobson
21 hours ago
2 хв
Crypto News
FBI Hacks Hive Ransomware Gang, Saving 300 Victims $130M
The FBI infiltrated the Hive network in July, stealing decryption codes for some 1,300 old and new attacks, as well as contributing to a sizable drop in ransomware payments in 2022.
Автор Leo Jakobson
21 hours ago
4 хв
See all articles