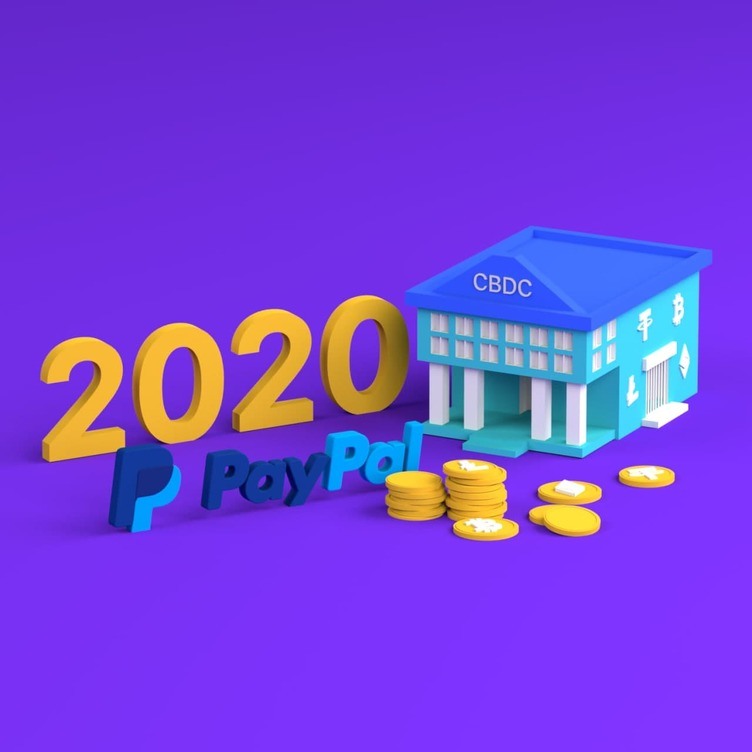 Back in the early 1990s, the internet was exceedingly niche. Just a few websites existed — and only a handful of us could get online. Fast forward to the 2020s, and there are billions of users, with smartphones giving us a world of information in the palm of our hand.

You could argue that the world of cryptocurrencies is on a similar journey. For years, supporters have been passionate about the quest for mainstream adoption — arguing that it is crucial in order to unlock Bitcoin’s full potential. Overall, 2020 will go down in history as a significant year for turning this into reality. Here’s our countdown of 10 key moments.

10. Bitcoin “is the fastest horse”

For a long time, digital assets like Bitcoin have been regarded with cynicism among Wall Street billionaires. But in May, the legendary investor Paul Tudor Jones made a splash by describing BTC as “the fastest horse” in the race for gains. You could argue that this ringing endorsement, which was included in a letter he sends to investors, had a huge role in getting institutions to look seriously at what crypto had to offer.

To achieve mainstream adoption, crypto needs to be easily accessible to millions of people, on the platforms they already use every day. Reddit took a big step here when it announced that Community Points — which are used to reward people for making posts — would start making the transition to the Ethereum blockchain. Two subreddits, focused on cryptocurrencies and the Fortnite game, were first to join the trial. Given how Reddit is used by more than 50 million people a day, this is a big deal.

JK Rowling has 14 million followers on Twitter. Maisie Williams has 2.7 million. The Harry Potter author and Game Of Thrones actress have massive fan bases, and with this comes a lot of influence. Rowling caused a stir in May when she asked for someone to explain how Bitcoin works (although she may have lived to regret this, as many of the replies were incredibly technical.) And in November, Williams tweeted a poll alongside the question: “Should I go long on Bitcoin?” (Given how prices boomed in December, here’s hoping she did.)

Although mentioning “regulations” is enough to make many crypto enthusiasts shudder, fair and clear rules can be crucial for helping the industry to thrive. In September, the European Commission unveiled legislation designed to ensure that digital assets are regulated financial instruments — offering clear definitions on the different types of crypto that exist. All of this could encourage innovation in the sector, and make it easier to operate a business with legal certainty.

6. The IRS gets tough

But of course, extra visibility means added attention on some of the issues facing the crypto sector. In the U.S., the Internal Revenue Service ramped up efforts to clamp down on two things: tax evasion and privacy coins. A question about the ownership of virtual currencies has now been promoted to page one of the form that Americans pay in when declaring income tax, while hundreds of thousands of dollars have been invested in cracking the cryptography that is used to obfuscate the senders and recipients of Monero transactions.

Some of Europe’s oldest and most-respected banks have also announced that they will launch crypto custody services for high net worth individuals. Again, this serves as a ringing endorsement of digital assets — and allows people who have substantial amounts of money to invest to keep the Bitcoin they buy safe. It’ll be interesting to see what the demand for these platforms is like as they are gradually rolled out in 2021 and beyond.

4. The Whales of Wall Street

In December, S&P Dow Jones Indices announced that it is going to be launching cryptocurrency indices in 2021 — providing data to Wall Street traders on hundreds of the most-traded digital assets. At the time, the company said this will help provide accurate pricing information — alleviating some of the main dangers that are associated with this notoriously volatile marketplace.

This year, China has been performing trials of the digital yuan in several major cities — putting the central bank digital currency through its paces like never before. It’s hoped that the CBDC will go nationwide in 2022, in time for the Winter Olympics in Beijing, and countries worldwide will be keeping a close eye on the project to see if it’s a success. Europe is continuing to weigh up whether it’ll develop a CBDC of its own, with the likes of Deutsche Bank and the German think tank dGen warning that the dominance of the euro could be undermined unless it begins to look into this matter with more urgency.

The likes of Grayscale and MicroStrategy have been snapping up Bitcoin faster than it can be mined, prompting some analysts to suggest that we could be on the verge of a BTC shortage. Of course, rising demand and a fixed supply generally tend to result in price increases. A plethora of other companies — ranging from Square to Ruffer Investment — have also gained exposure to BTC, and it’s highly likely that other institutions will follow suit in 2021.

Mainstream media outlets have been covering crypto with a lot less cynicism in 2020. Aside from institutional involvement, another significant milestone came when PayPal announced that it would support four types of digital asset: Bitcoin, Ether, Litecoin and Bitcoin Cash. As the service is gradually rolled out internationally, hundreds of millions of people will be able to buy, sell, hold and spend these cryptocurrencies. After years of battling for acceptance, widespread adoption has finally arrived.

Crypto News
BREAKING: BlockFi Files for Bankruptcy as Crypto Contagion from FTX's Collapse Spreads
BlockFi's demise is unmistakably linked to the implosion of FTX, with the company confirming that work will continue to recover funds that remain tied up in the doomed exchange.
Автор Decentralized Dog
7 minutes ago
1 хв
Crypto News
CoinMarketCap News, Nov 28: Trouble in Paradise? Bahamas Denies FTX Bankruptcy Will Hurt Country
The attorney general of The Bahamas defends the country, and its regulators, in a 23-minute address to the nation.
Автор Decentralized Dog
1 hour ago
3 хв
Crypto News
Podcast: The Bahamas Speaks Out After FTX's Collapse
"Any attempt to lay the entirety of this debacle at the feet of The Bahamas, because FTX is headquartered here, would be a gross oversimplification of reality."
Автор Decentralized Dog
1 hour ago
1 хв
See all articles