A16z has made a name for itself as one of the biggest funds in the game. 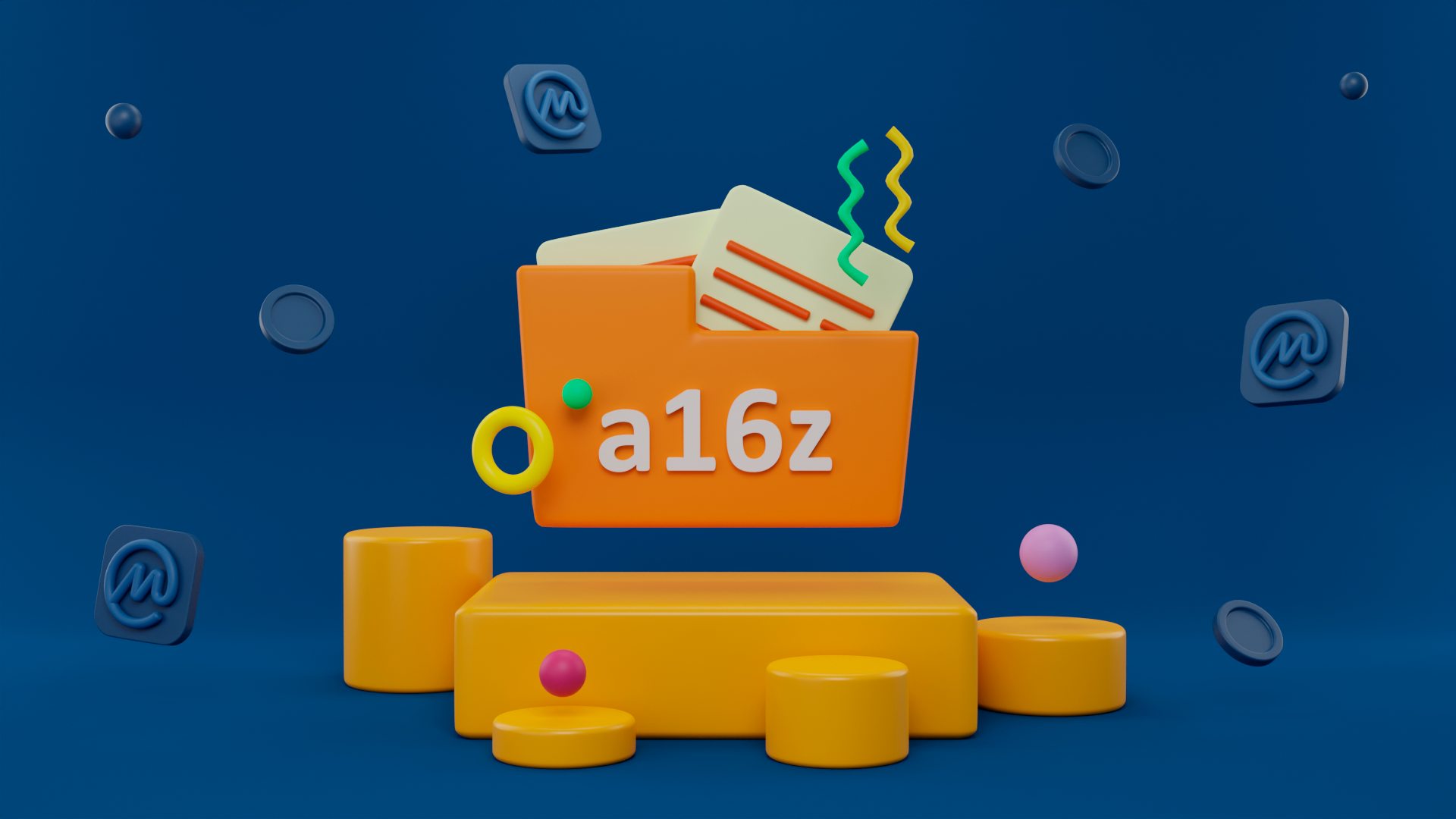 A16z, also known as Andreessen Horowitz, is one of the top crypto venture capital funds. It was founded in 2009 by Marc Andreessen and Ben Horowitz, and is named after its two founders. Located in California, a16z has made a name for itself as one of the biggest funds in the game. It successfully exited its investment in Coinbase after investing in over eight different rounds between 2013 and 2020.

Which other crypto companies has a16z invested in?

Here are a list of ten of the most well-known a16z portfolio companies in crypto.

Ava Labs is the developing company behind Avalanche, a layer-one blockchain that has a market capitalization of over $4 billion at the time of writing. Ava Labs first raised money in a funding round in February 2019: a16z and other investors like Polychain invested $6 million. Another $350 million funding round in April 2022 valued Ava Labs at $5.25 billion and also saw participation from a16z.
Avalanche is home to blockchain protocols like Trader Joe and Pangolin.

Celo is a layer-one blockchain that leverages its blockchain to provide a payment platform. It supports stablecoins and tokenized assets and uses cell phone numbers to secure users' private keys. In February 2021, Celo raised $20 million from a16z and other VC firms like Greenfield One and Electric Capital. Celo is a future L1 chain that focuses on building a sustainable proof-of-stake-based blockchain ecosystem.

DYdX is a decentralized exchange focused on margin, derivatives and spot trading. It raised a $10M Series A round led by a16z in October 2018. Another $65M Series C round was led by a16z in June 2021. DYdX has generated over $3 billion in trading volume and has received over $40 million in TVL.

Keep Network is a network for storing and encrypting private data on blockchains and offers off-chain containers for keeping data private. The company has raised $8.7 million over three different funding rounds: a16z participated in the seed round. Other investors in Keep Network include Polychain and ParaFi.

Maker is the company behind DAI, a decentralized stablecoin. DAI is pegged to the dollar, with MakerDAO acting as the governance system managing the development and supply of DAI stablecoins. A16z invested $15 million in MakerDAO in September 2018 and purchased 6% of its token supply. The market capitalization of MakerDAO at the time of writing is over $700M, valuing the stake of a16z at $42 million, an almost three-fold increase from its initial investment.

Near Protocol is a layer-one blockchain designed to run as a cloud computing platform and improve on limitations experienced by other blockchains. It promises higher transaction speeds and better throughput compared to its competitors. In May 2020, Near Protocol raised $21.6 million in a funding round led by a16z. Another funding round in January 2022 raised $150 million, also with participation from a16z and other investors like Dragonfly Capital and Circle Ventures. Near Protocol hosts popular blockchain applications like Sweatcoin.

Opensea is a leading NFT marketplace for the top NFT collections. It hosts over 3 million NFTs for sale and grew in 2021 to daily trading volumes of over $10 million. A16z led a Series A funding round worth $23 million that saw participation from angel investors like Mark Cuban and Tim Ferris. The bull market of 2021 spurred Open Sea to hold another funding round in July 2021, raising another $100 million with participation from further angel investors like Kevin Duran and Ashton Kutcher.

Sky Mavis is the developing company behind Axie Infinity, the first major play-to-earn hit. At its peak, Axie Infinity was trading at a valuation of over $150M, but has since lost in value due to the bear market forcing many token prices into major price corrections. Sky Mavis raised a Series B round with participation from a16z in October 2021, receiving $152 million in the process. At that point, Axie Infinity boasted over 2 million daily active players. The company closed another $150 million Series C round in April 2022, with participation from a16z and other companies like Binance and Animoca Brands.

Solana is one of the main layer-one chains often compared to Ethereum. Solana has built one of the most competitive NFT ecosystems and has major gaming and DeFi applications building in its ecosystem, including household names like Audius and STEPN. In June 2021, Solana Labs, the developing company behind Solana, raised $314 million from several investors, including a16z.

Uniswap is a decentralized trading protocol and the pioneer of the automated market maker (AMM) trading model. It launched in November 2018 and has become the number one decentralized exchange today. Uniswap raised money in August 2020, receiving $11 million in a Series A round from a16z and other investors like Parafi Capital and Paradigm. The company closed another funding round with a cumulated $165 million investment from a16z and funds like Polychain Capital and Paradigm in a Series B round in October 2022.

A16z has invested in some of the most reputable blockchain companies in the sector, including investments across different verticals like decentralized finance, gaming, layer-one blockchains, NFTs and exchanges. Although the exact sums invested by a16z are often unknown, it is safe to assume that the fund has made several highly profitable investments from the list above. Aa16z continues to be a heavyweight crypto VC fund and a force to be reckoned with.

Trading Analysis
Technical Analysis: BTC, ETH, NEAR, ADA, FTM and AVAX (Feb. W1)
Bitcoin is making attempts to break yet another resistance. What to expect?
Автор Ansh Rathod
1 day ago
3 хв
Trading Analysis
Technical Analysis: MANA, SAND, RACA, STX and GALA (Feb. W1)
Metaverse and NFT tokens recently made some big moves. What's next?
Автор Scarpa
2 days ago
2 хв
Tech Deep Dives
The Ultimate Deep Dive Into Bitcoin's Security Model
Is Bitcoin's current security model flawed? What could be done to the Bitcoin network to ensure it is sustainable? Read on to find out.
Автор Ivan Cryptoslav
3 days ago
14 хв
See all articles