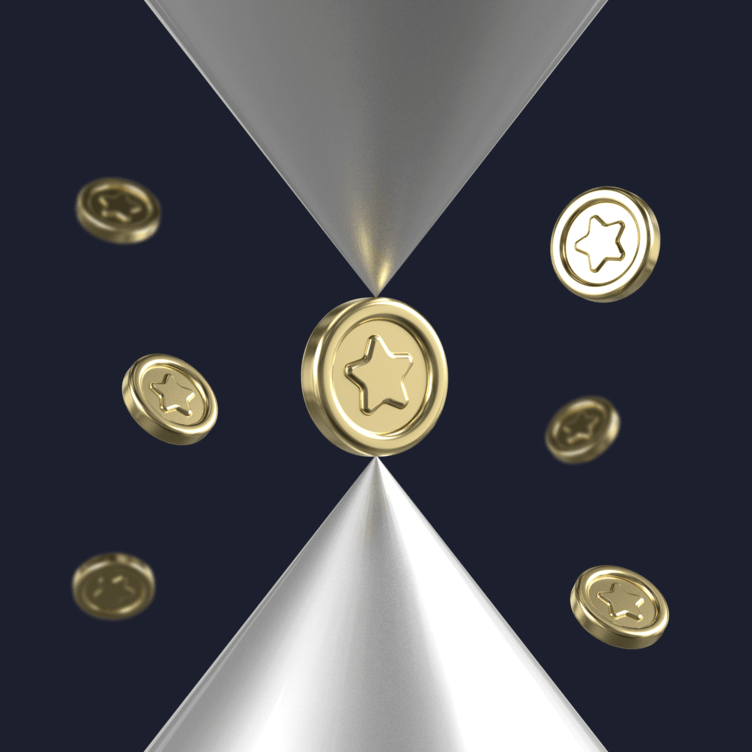 With Bitcoin and its DeFi altcoins blasting off into the stratosphere (on a return flight based on the current retrace at the end of last month), everyone has their eye out for the next gem that could return exponential returns.
For those in the know, all roads lead to decentralized finance’s non-fungible token (NFT) market right now, with Ethereum-based original digital art collectibles like CryptoPunks, Crypto Kitties and NBA TopShots generating millions in sales, with one rare Crypto Punk going for a cool million recently in an auction (check out this cool $1 million lottery by the way!).

Hashmasks are part of the wave of NFT projects redefining how we view digital art collectibles. These NFTs, some of which appear to feature secret messages inside them straight out of the Da Vinci Code, have seen explosive demand and popularity on NFT marketplace OpenSea — probably because they seem to be one of the first collectibles that lets you, the creator, actually shape the artwork.
Subscribe

Hashmasks are virtual artworks created by a globally-distributed team of 70 artists managed by Suum Cuique Labs. A co-creator of Hashmasks, who currently prefers to remain anonymous, said in an interview with Coindesk that the masks were heavily inspired by Jean-Michel Basquiat’s work in 1980s NYC — which is obvious to those familiar with Basquiat’s graffiti-like, bright-colored portraits.

Each mask has a distinguishable feature, the most prominent being skin color, character, mask and eye color. But a Hashmask is different from any regular NFT painting (or a literal painting, for that matter) because each Hashmask is unnamed — and each NFT owner has the responsibility of naming their Hashmask, thus contributing to the artwork creatively in a way that the buyer of a painting usually doesn’t get to. A buyer of a painting actually naming that painting? Only in the land of NFTs!

Hashmasks fuse digital art with collectibles. The artworks are digital masks hashed on the Ethereum blockchain, effectively turning them into non-fungible tokens (NFTs). Since they leverage Ethereum’s ERC-721 token standard, NFTs aren’t tradable on regular cryptocurrency exchanges such as Binance or Uniswap. Instead, only platforms dedicated to NFT-trading such as OpenSea can offer these special services.
Hashmasks can be made as collateral through the NFTX Hashmask Index, a fund for NFTs on the NFTX platform, which allows a loanee to earn from the fund’s base asset called MASK.

Hashmasks use the idea of rarity to give themselves value — logically, if something is more rare, it is more valuable. And unlike a regular painting, the rarity of Hashmasks can be measured a little bit more exactly — beauty is still in the eye of the beholder, but Hashmask rarity has a more formulaic quality to it.

This type of rarity provides an overview of an artwork’s rarity hierarchy — there is nothing complex here, it’s as simple as the creator choosing what features their artwork will have, and those features themselves have ranging levels of rarity. For example, in Hashmasks art, men appear more frequently than robots, so a Hashmasks NFT with a robot has more explicit rarity than featuring a man.

The second layer gets a little more intimate with the scarcity features and removes the simplicity from art to introduce non-systemic features that make Hashmasks unique and rare.

Implicit rarity gives way for the consumer to fire up their creative salvos to add a personal touch to Hashmasks’ value. Examples of Hashmasks features include hairstyle, backgrounds and shirts. However, these features have different “uniqueness” degrees. As such, one shirt may have a higher rarity than another.

The two Hashmasks rarity types, as well as the original creator and subsequent consumer, can determine the value of Hashmasks. The former determines the explicit rarity, while the latter sets the implicit scarcity.

As mentioned already, Hashmasks are also originally unnamed, which means that the owner of the NFT has the responsibility of creating a creative name for their Hashmasks — how this connects to rarity and tokens (because you always need tokens when you’re talking about blockchain) will be explained below!

How Many Scarce Hashmasks Are in Circulation?

There are 16,384 Hashmasks with distinct characteristics such as eye color, masks, background and more. However (and somewhat unusually) customers didn’t know which Hashmasks they had purchased during the first sale period, as the NFT was only revealed after the sale — adding a layer of mystery to the art auction.

Buyers within the first 14 days (the sale period began on Jan. 28, 2021) received bonus Name Changing Tokens (NCT) (more on them below). After the initial sale period, buyers were able to choose their Hashmasks (as the as-of-yet unsold were revealed), but did not receive free NCT tokens.
During the first six days of the distribution, consumers bought $13.4 million worth of Hashmasks. Within one week, OpenSea recorded 2,724 Hashmasks trades generating $8.9 million in profits to their owners, with the NFT-trading platform making over $220,000 in fees.
Notably, unlike other NFT projects like CryptoKitties, the Hashmasks project is the only one solely trading on OpenSea. Unfortunately, while this presents a central trading venue, it also means that resale fees benefit OpenSea instead of Suum Cuique Labs.

What Is Name Changing Token (NCT)?

Name Changing Token (NCT) is the native Hashmask currency that allows NFT holders to change the name of their digital collectibles.

A Hashmask’s name is part of its rarity trait, which lives on the Ethereum blockchain — and changing it requires burning 1,830 NCT tokens. Note that roughly 3,660 NCTs accumulate by holding each Hashmask for 12 months. The accumulation halts after ten years, turning emitted coins to burn-only status.

If you have a Hashmask and enough NCTs to pick a name, Hashmasks’ naming rules dictate that a name has to be unique and contain a maximum of 25 characters, including spaces.

Additionally, these names are case insensitive, don’t support leading spaces and must only contain alphanumeric symbols. Once a name has been changed, the previous name becomes available for use. Also, be aware that owners can change their Hashmask’s name at any time, OpenSea has a warning on each Hashmask action that buyers should using a site like Etherscan to check that the Hashmask’s token ID corresponds to the name you expect to be buying.

When no token is available to burn, the ability to alter Hashmasks’ names comes to a stop — and when naming and altering features are no longer available, the artwork is deemed complete. The burning process involves the interaction of the Hashmasks contract and the NCT contract.

According to the anonymous Hashmask co-creator, “In 10 years, no more entities will be emitted anymore and then it will start to solidify the artwork until one day it will all be gone and this artwork will take its final form.”

You can explore different Hashmasks and their names here, by selecting the category (which options from Planetary to Diamonds) and sub-category.

How Much Do Hashmasks Cost?

Despite the scarcity of determining each Hashmask’s price, it’s an open market, and traders set the prices. One of the most expensive Hashmasks recently fetched $650,000. The NFT had wild characteristics, with its buyer claiming that it even had mystical properties.

As with any form of art, the value of digital paintings like Hashmasks is subjective. But coupled with the intricacies of NFT technology, Hashmasks may offer real value for art collectors over the long term, thanks to their rarity that changes over time as different users trade them and rename them.

With NFTs still in their absolute infancy and whole generations of digital native young people beginning to eschew traditional art for the pop culture collectibles they grew up with — while conversely, an avalanche of NFTs are about to hit markets — who knows how much Hashmasks will be worth in a decade from now?