The chair of the House Financial Services Committee has taken flak for trying to woo FTX's ex-CEO to Washington, D.C. to testify about his companies' collapse. But the gloves are coming off. 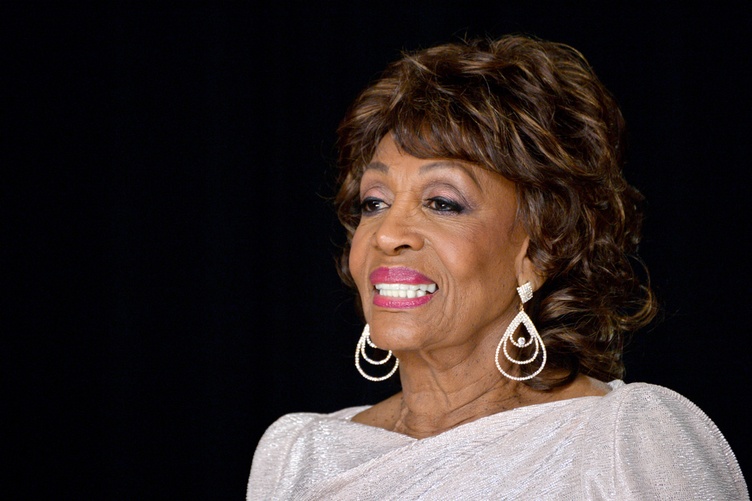 If you've been watching the political dance between House Financial Services Committee Chair Maxine Waters and ex-FTX CEO Sam Bankman-Fried about testifying before her Congress, it's hard to say which one thinks the other is dumber.

Rep. Waters has gotten some flak for being too polite or too naive in her live-on-Twitter negotiations to get Sam Bankman-Fried to leave The Bahamas to answer questions from her Committee live in Washington, D.C. next Wednesday.

The California Democrat's Committee is investigating the collapse into bankruptcy of his FTX Exchange and Alameda Research trading firm — which allegedly "borrowed" and lost up to $10 billion of FTX customers' money.

The opening gambit of her Twitter invitation to Bankman-Fried read:

"@SBF_FTX, we appreciate that you've been candid in your discussions about what happened at #FTX. Your willingness to talk to the public will help the company's customers, investors, and others. To that end, we would welcome your participation in our hearing on the 13th."

On top of what a lot of people in the crypto community felt were puff pieces by the mainstream media outlets interviewing Bankman-Fried, praising his candor drew criticism, ranging from angry comments about his large political donations to more set-the-record-straight admonitions.

"I am certain that factfinding will show that @SBF_FTX has not, in fact, been candid in his discussions. He committed fraud, full stop."

Brian Armstrong, CEO of crypto exchange Coinbase had this to say:

"I don't care how messy your accounting is (or how rich you are) - you're definitely going to notice if you find an extra $8B to spend. Even the most gullible person should not believe Sam's claim that this was an accounting error. It's stolen customer money used in his hedge fund, plain and simple."

In the event, Bankman-Fried demurred, responding to Rep. Waters with the line he's been pushing in his "I'm an Idiot, Not a Crook" interview tour, claiming utter ignorance of what was going on. He said:

"Once I have finished learning and reviewing what happened, I would feel like it was my duty to appear before the committee and explain. I'm not sure that will happen by the 13th. But when it does, I will testify."

In earlier interviews with the New York Times, Good Morning America and the Wall Street Journal, Bankman-Fried has said his loss of access to FTX and Alameda records when he stepped down as CEO has made it hard for him to figure out what had happened.

Which led Rep. Waters to push a little harder:

"Based on your role as CEO and your media interviews over the past few weeks, it's clear to us that the information you have thus far is sufficient for testimony. As you know, the collapse of FTX has harmed over one million people. Your testimony would not only be meaningful to Members of Congress, but is also critical to the American people. It is imperative that you attend our hearing on the 13th, and we are willing to schedule continued hearings if there is more information to be shared later."

Which, again, doesn't necessarily suggest he did anything wrong. But it's not stroking his ego, either.

Still, Bankman-Fried's refusal can reasonably be read two ways beyond buying into his narrative. One, he knows that the consequences of lying to the New York Times' Andrew Ross Sorkin and Good Morning America's George Stephanopoulos are vastly different than lying under oath to Congress, and he's trying weasel out of it without having to look like he doesn't want to spend two hours quoting the Fifth Amendment. Or two, he thinks she and the rest of the committee are idiots.

It's worth noting that Chervinsky said he sees a "vast" perception gap between the crypto community and the rest of the public. He said:

"Within crypto, there's a ton of fear that SBF will get away with it, and a ton of anger at the media for treating him with kid gloves. Outside crypto, I see neither. People seem sure he's going down and think the media has been properly tough."

As for Rep. Waters, look back at her opening statement when Meta (then Facebook) CEO Mark Zuckerberg testified about his Libra stablecoin project in 2019:

"It's clear… that you believe that you are above the law, and it appears that you are aggressively increasing the size of your company, and are willing to step on or over anyone — including your competitors, women, people of color, your own users, and even our democracy — to get what you want."

If Bankman-Fried doesn't agree to testify, Rep. Waters — and likely the rest of the committee — will become less polite. Which is nothing compared to what he'll hear on Dec. 13, whether he's in Washington, D.C., or Nassau.