Today, CoinMarketCap Alexandria takes a look at the top crypto mining stocks and analyzes their performance in both the bull and bear markets. Read more! 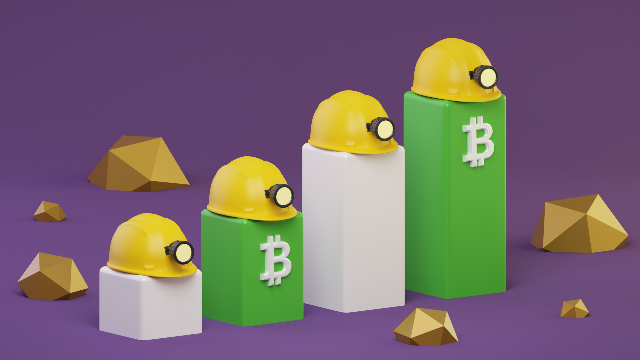 The most valuable cryptocurrency in the world today, Bitcoin, reached a remarkable all-time high of $65,000 in 2021. However, a massive drop in 2022 has scared investors away: by mid-June the coin plunged as low as $24,000, dragging the most altcoins to the bottom as well. Due to such a fall, the hash price also nosedived from $0.40 to a multi-year low of $0.10.
While many investors seem worried, huge mining companies calmly keep holding self-mined coins instead of getting rid of Bitcoin. The history of BTC has demonstrated that after each crypto winter there inevitably is spring and then comes the summer that always surprises the markets. And while the main mining whales might have some hard times looking at their Q2 and Q3 reports, HODLing always pays off for those who are patiently waiting.

In this article, we will take a closer look at the most profitable crypto stocks that may be worth buying despite the fall. But before we dive too deep into their earnings, let’s look at some numbers.

How Profitable Is Crypto Mining Now?

The profitability of mining a cryptocurrency heavily depends on the price of your mining equipment, electricity fees, and multiple other factors, such as the current state of the crypto market, halving, etc. As the market is shivering, the earnings from mining activity are now significantly lower.
For instance, in May, the overall Bitcoin mining revenue slid by more than 20%. It brought only $906 million in revenue, 47% less than in October 2021 when the market was peaking. For the first time since August 2021, the mining revenue did not surpass a psychological mark of $1 billion. Meanwhile, in 2021, only Bitcoin miners generated net revenue of over $15 billion, which represents a staggering 206% year-over-year increase.
Another interesting trend is that Ethereum gained more mining revenue than Bitcoin for several consecutive months in 2022. For instance, in May, Ethereum miners earned a total of $969.4 million — it’s almost 7% more than Bitcoin farms did.
Though the recent crypto carnage heavily affected the miners, the giant companies are still profitable. To understand how much they bring to their owners, we need to analyze market caps and earning reports.

To quickly survey the market situation, we can look at an exchange-traded fund (ETF) that traces all major crypto and blockchain companies, including mining stocks. The Amplify Transformational Data Sharing ETF is traded on NYSE Arca under the ticker BLOK since early 2018.

Currently, BLOK is comprised of 49 holdings, including Visa, Mastercard, and Meta. Mining companies account for 22% of it, with Canaan Inc. on top of the list. Due to the market crash, the BLOK’s market dropped from $62 in November 2021 to the current $20.

Compared to other ETFs in the traditional markets, BLOK has visibly underperformed in 2021, providing an annual total return (ATR) of -44.2%. Meanwhile, SPDR — an ETF that represents the largest companies from S&P500 — brought an ATR of 28.5% during the same period.

Let’s review all the major stocks related to crypto mining, starting from the largest one. Our calculations include share price, its dynamics within a 12-month period, and market capitalization. All calculations are relevant for mid-June 2022, with BTC prices below $22,000.

By mid-June, Marathon’s stock traded on NASDAQ was down over 76% from the last year. Same as with other miners we discussed above, the share price was affected by the steep decline in crypto prices that affected the profitability of mining.

However, the company remains optimistic and shares promising forecasts for late 2022. For instance, in addition to its existing fleet, the company expects to switch on 19,000 miners in its facility in West Texas. As a result, by 2023, the hash rate is expected to grow to 23.3 EH/s.

Share price: $4.86
Market cap: $617.3M
Riot Blockchain is a US-based company focused on mining Bitcoin. As per its website, in 2021, Riot invested in 82,500 mining rigs and expects them to be fully installed by early 2023. By that time, the company aims to achieve an estimated aggregate Bitcoin mining hash rate capacity of 12.8 EH/s.

Riot also saw a remarkable year-over-year increase of 1,665%. Its net revenue grew from $12.1 million to $213.2 million. In addition to that, the number of Bitcoin held on the company’s balance sheet increased by 353%.

Currently, RIOT shares traded on NASDAQ are down 86% from where they were in June 2021. The decline is even more noticeable when compared to mid-fall 2021 when BTC reached its all-time high.

However, despite all the odds, the future for Riot still looks promising. The company has recently acquired ESS Metron Designs, known for their production of mining equipment to run Bitcoin facilities and machinery. Another notable investment is the acquisition of the largest Bitcoin mining facility in North America, Whinstone US.

Share price: $3.26
Market cap: $609.43M
Canaan Inc. is based in China. However, a significant part of its overall profits comes from overseas business. The company is famous for chip and mining machinery manufacturing. In addition to that, it provides software services in the crypto world.
Canaan specializes in application-specific integrated circuits (ASIC) and introduced the world's first 7nm mining chip in 2018. The company also introduced the RISC-V architecture commercial edge AI chip to assist the 7nm ASIC chips in better computing.
Though 2022 was not friendly towards crypto from the very beginning, Canaan managed to show great results in Q1. According to the report presented to SEC, its revenue surged 237% to $213.9 million in comparison to Q1 2021, largely outpacing the experts’ forecasts. Shortly after the earnings were announced, Canaan shares traded at NASDAQ under the ticker CAN saw a surge in price.

However, within a year CAN shares lost almost 70% of its price, currently trading at $3.3. The company is affected not only by the recent crypto carnage but by the "logistics suspensions" caused by Covid-19 lockdowns in China, said Canaan's CEO Nangeng Zhang.

Toronto-based Hut 8 Mining corporation is among the top miners across the world. Its main facilities are allocated in various provinces of Canada. The company is mining not only Bitcoin but Ethereum as well.

2021 was an important year for Hut 8, as its shares began trading on NASDAQ. In Canada, its stock is traded on the Toronto Stock Exchange (TSX) since 2018. At the time of writing, HUT stock on TSX lost 58% in 12 months.

By 2023, Hut 8 expects to add 167,000 bitcoin miners to its fleet. Its agreement with data center provider Compute North will allow it to open new mining facilities and significantly increase hash rate.

Canadian mining company Bitfarms mines crypto in multiple facilities located in Canada, the US, and Paraguay. In the nearest future, it plans to add Argentina to its geography. To mine coins, Bitfarm mostly relies on renewable energy, such as hydroelectricity.

Same as for most companies mentioned in the list, 2021 was a huge success for Bitfarm. Its yearly revenue increased 388%, with the total amount of bitcoins mined reaching 3,453.

Same as its competitor Hut 8, Bitfarms is traded both on Toronto Stock Exchange and NASDAQ under the ticker BITF. On TSX, its shares dropped almost 65% during the last year. Although the crypto market is still at the bottom, Bitfarm expects to reach its target of 8 EH/s by year-end 2022 with new investments and facilities in action.

Share price: 4.00 CAD
Market cap: 328.9M CAD
A third Canada-based company on our list, Hive Computing has an HQ in Vancouver and runs its mining machinery in Canada, US, Iceland, and Sweden. It is mainly mining Bitcoin and Ethereum. However, Hive is also involved in NFT trading following its investment in Network Media Group. It also owns a 4.9% stake in a company called DeFi Technologies.
In total, in 2021, Hive managed to produce 4,032 BTC, 41,966 ETH, and 46,209 ETC. The company mainly holds its self-mined bitcoins and sells ETH, and ETC to upgrade chips, buy equipment, etc. The exact amount of revenue was not included in the report.

Hive blockchain technology became the first publicly traded crypto miner on the Canada Venture Exchange (CVE) back in 2017 under the ticker, HIVE. Later the company went live on NASDAQ.

Its shares on CVE were down 75% in the last 12 months. However, the company’s prospects might calm down the investors. Same as Hut 8, Hive is cooperating with Compute North to store its miners. Moreover, to deploy a 100 MW mining facility in Texas, it will purchase additional Intel chips.

Is It Time to Invest in Crypto Mining?

Up until the end of 2021, when crypto prices were peaking, the mining stocks were also actively growing. A huge spike in November can be seen on each price chart we included in this article.

But with Bitcoin below $22,000 and Ethereum hovering around $1,100, it is highly unlikely that the Q2 results of Marathon, Canaan, and other mining giants will surprise the markets. On the contrary, they will scare many traders away for a long time.

However, buy-the-dip supporters are extremely vocal during this crypto winter, as Bitcoin and altcoins have demonstrated their potential to recover and hit new highs at least two times by now. And when the new $60,000 mark (or a higher one this time) is reached, mining stocks will be on the rise again.

The thing is that it might take a long time for the crypto market to recover. And if you decide to add some mining giants’ shares to your portfolio right now, think carefully, as you might need to hold them for a bunch of months before the market gets back to green again.