The Micropayment Economy: What It Is, and Why It Matters
İçindekiler
What Are the Main Use Cases for Micropayments?
Why Is the Bitcoin Network Ill-Suited to Microtransactions?
Crypto Basics 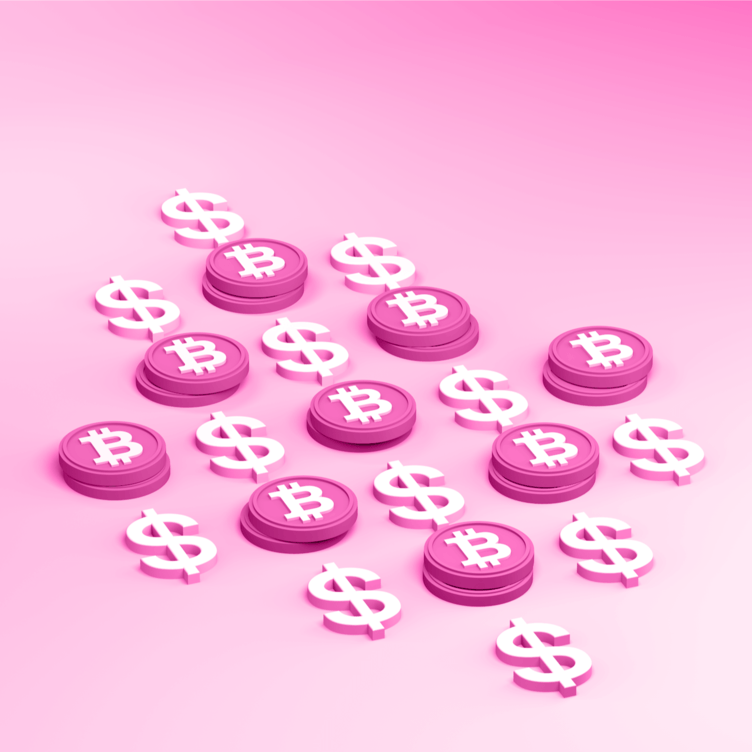 When we talk about Bitcoin, the focus is often on how it's a store of value. But this loses sight of one of the most compelling use cases for cryptocurrencies that exist, and one that's still being properly explored — micropayments.

In case you're unfamiliar with the term, micropayments, or microtransactions, refer to transfers of small amounts of money. There's no line of demarcation here — whereas some will class a micropayment as being under $1, others would say it's for payments of under $20.

You may be wondering why existing methods for digital payments can't fit the bill. After all, the likes of PayPal allow payments of any amount to be made using a credit card. But here's the problem: transaction fees can be punishing through this e-commerce site — especially when fiat currencies need to be converted along the way.

Blockchain has delivered hope that micropayment systems can be created where small payments only cost fractions of a cent. This will become particularly important as the Internet of Things continues to gain traction.

Let's take a look at some of the potential applications for micropayments — as well as the limitations that stand in the way of blockchain technology delivering it.

What Are the Main Use Cases for Micropayments?

There's a demand for small payments to be made in real time with low transaction costs...and new business models are emerging all the time.

Through projects such as the Brave web browser, we've seen how altcoins can be used to reward users with digital currency whenever they opt in to view ads. Startups like Twetch have emerged which allow crypto enthusiasts to tip their friends on social media — giving them recognition for content that they enjoyed reading.

Crypto-focused games have also been gaining in popularity, especially those where collectibles in the form of non-fungible tokens are exchanged between players. Transaction sizes in these games are usually small, meaning that inexpensive payment channels are needed.

It's worth remembering that Bitcoin transactions can be tiny thanks to how this cryptocurrency is divisible. One BTC can be divided into eight decimal places — and 0.00000001 BTC is known as a satoshi. Assuming that a whole Bitcoin was worth $10,000, a single satoshi would be worth $0.0001 — perfect for small transactions.

But this brings us neatly on to the limitations that are suffered by virtual currencies.

Why Is the Bitcoin Network Ill-Suited to Microtransactions?

There are challenges in making micropayments mainstream.

Some argue that Bitcoin is ill-suited to be used for microtransactions because of how it is so volatile. This all harks back to the story of Laszlo Hanyecz, who spent 10,000 BTC on two pizzas back in 2010. Back then, this cryptocurrency was worth about $43 — but when Bitcoin shot up to all-time highs in 2017, it would have been worth $200 million. Critics rightfully argue this: won't people be deterred from using BTC for small payments in case its value surges in the future?
As a result, the attention then shifts to other cryptocurrencies such as Ethereum. But this blockchain has been fighting battles of its own... most notably scalability. For micropayments to be effective, the ecosystem that processes them would need to be able to handle millions of transactions per second, and in real time. ETH 1.0 has suffered congestion several times over the years, meaning it isn't appropriate for microtransactions in its current form. It's hoped ETH 2.0 will help fix scalability concerns.
The original memecoin, Dogecoin, is seen as one of the most popular ways to participate in the micropayment economy, as the coin is already popular for tipping on both Twitter and Reddit. However, Dogecoin is a coin based on a Shiba Inu dog internet meme, and it's unclear how seriously it takes its future as a large-scale micropayments contender.
Even though the transaction costs seen through fintech giants such as Visa are much, much higher, blockchains need to prove that they can cope with just as many payment messages as debit card networks can — and instantaneously. All of this needs to be achieved without affecting accessibility, meaning that the micropayment solutions on offer must be easy for everyday consumers to understand.
5 people liked this article

Crypto Basics
Best Tools for Minting NFTs
If you are a creative person and love to express your imagination in the digital world, minting NFTs might be for you. Here are the best tools to get you started.
Yazan: Emi La Capra
5 months ago
6d"
Crypto Basics
Central Bank Digital Currencies (CBDCs) — A Map of the World
Central bank digital currencies are being talked about all over the world — CMC breaks down what exactly each country is doing (or not doing!) with their CBDCs.
Yazan: Decentralized Dog
1 year ago
26d"
Crypto Basics
The Evolution of Meme Culture in the World of NFTs
These seven popular memes have found a new life as NFTs. Read more to find out the worth of these meme NFTs!
Yazan: Will Kendall
10 months ago
6d"
See all articles