The Battle for Cryptocurrency in India

Despite being a center of tech innovation, India’s hostile attitude towards digital assets could cause it to miss a “trillion-dollar opportunity.” 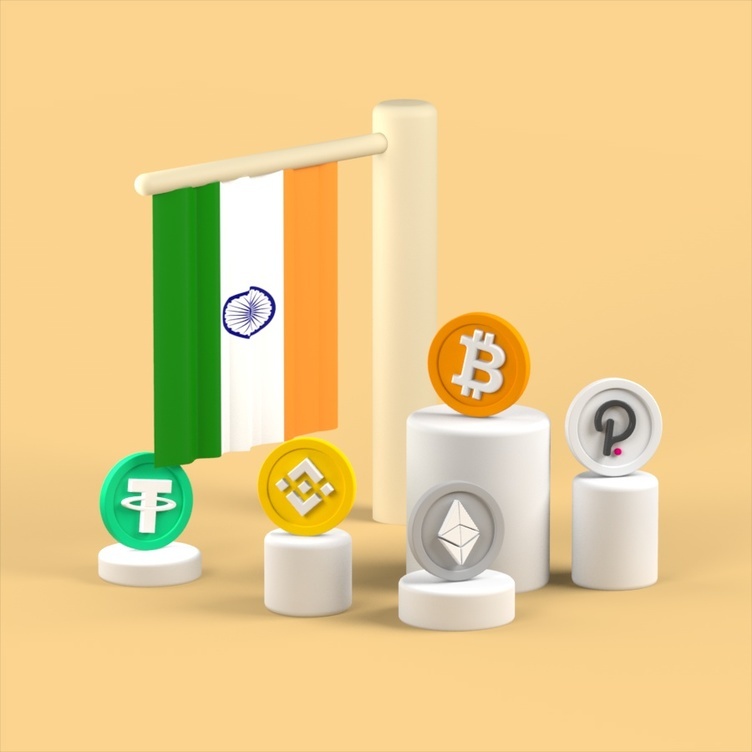 The cryptocurrency industry is booming in India, with trade volumes soaring, more than 300 crypto businesses hiring and up to 10 million investors pouring about $1.5 billion in cryptocurrencies.

That’s despite widespread reports that Prime Minister Narendra Modi’s government is planning to ban owning, trading, issuing or mining cryptocurrencies.
Rumors of a crackdown on cryptocurrency trading have been circulating since the Supreme Court’s March 2020 ruling striking down a two-year-old Reserve Bank of India-imposed ban on financial institutions facilitating cryptocurrency transactions.
Yet despite the government’s hostility to crypto trading, India ranked 11th on the 2020 Global Crypto Adoption Index, released by Chainalysis in September.

This doesn’t change the fact that the world’s second most-populous nation is still well behind where it could and should be. The banking ban stunted the sector’s growth at a time when the industry went from a niche market to a global economic game changer.

That said, the cryptocurrency industry is investing heavily in India’s crypto market, despite the threatened ban — and for good reason. Tech, IT and mobile-savvy Indians, particularly millennials, are growing more interested in jumping into crypto as the number of exchanges grow. (Find a beginner’s guide to investing here.)

Crypto exchange Unocoin raised $5 million from investors including Tim Draper in October, while CoinDCX raised $14 million in a third venture round led by Block.one in late December. CoinSwitch raised $14.7 million in a January round led by Ribbet Capital, and $25 million in April from Tiger Global. In March, Dubai-based FD7 ventures announced a $250 million fund based in Bangalore.

U.S exchange Coinbase just hired Google Pay India engineering lead Pankaj Gupta to build an Indian operation.
The world’s largest cryptocurrency exchange, Binance, also bought India’s leading exchange, WazirX, in 2019. Ranked No. 31 on CoinMarketCap’s Exchange Score list at the time of writing, its web traffic quadrupled to four million between November and February, while its WRX token spiked 20x in March before falling back to a “mere” 10x in April. It also launched a non-fungible token marketplace for Indian artists this month.
Several crypto banks have opened physical locations this year, with Unicas’ Jaipur, Gujarat and Delhi branches planned as the first of 100 by the end of 2022.

Is Cryptocurrency Legal in India?

While the government gave notice that it was looking at banning cryptocurrencies in January, the issue came to a head — publicly, at any rate — on Mar. 14. That day, an unnamed “senior official” told Reuters that the complete ban would be included in The Cryptocurrency and Regulation of Official Digital Currency Bill 2021.

It will reportedly include a three to six-month grace period to sell off holdings and wind down mining and other related businesses. After that fines would be levied.

However, that very day, Indian Finance Minister Nirmala Sitharaman told the India Today Conclave that — while regulations were coming — the government would not “shut off all cryptocurrency” as it recognized that many financial technology (fintech) companies need to experiment with blockchain technology.

The finance ministry “will allow certain windows for people to do experiments on blockchain, bitcoins, or cryptocurrency,” she said, according to Business Standard.
In mid-April, Decrypt noted that a junior minister, Anurag Thakur, the Indian Minister of State for Finance and Corporate Affairs, said that the pending legislation would protect investors against price volatility in the cryptocurrency market — something some industry insiders took as a sign that a regulatory framework is coming, rather than a full ban.
In June 2021, El Salvador became the first country to classify Bitcoin as legal tender. In the wake of that move, an unconfirmed report from The New Indian Express cited sources as saying that India may classify Bitcoin as an asset class "soon." According to these alleged sources, the Securities and Exchange Board of India (SEBI) will regulate the cryptocurrency sector when (if) Bitcoin is classified as an asset class, while the Finance Ministry will need to create new regulations.

India’s crypto industry has been pushing hard for such a regulatory framework, with the Internet and Mobile Association of India’s Blockchain and Crypto Assets Council (BACC) welcoming the government’s decision to make it mandatory for Indian companies to disclose past and future investments in cryptocurrencies.

The council — whose members include Bitex, CoinDCX, Paxful, Unocoin and WazirX — saw the decision as a sign that the government is moving towards an acceptance of cryptocurrencies that will help the industry to grow.

“It is in a positive direction and would bring transparency, legitimacy, and structure to the industry,” said Sohail Merchan, CEO of BACC member Pocketbits.

Srinivasan suggested crypto should be regulated under the existing Foreign Exchange Management Act. In late December, the Ministry’s Central Economic Intelligence Bureau recommended an 18% tax on Bitcoin transactions that would raise almost $1 billion.

If the finance ministry is backtracking from a full ban, the independent central bank has doubled down on its hostility to crypto. The RBI tends to see crypto as a threat to its capital controls — something the Indian government has a decades-long history of enforcing, often to its detriment.
In February, RBI Governor Shaktikanta Das said the bank has “major concerns from the financial stability angle.” That led WazirX CEO Nischal Shetty to argue that regulation would be more effective than a ban in ensuring financial stability.
The RBI has a different opinion of central bank digital currencies (CBDCs), which would gain a legal framework in the proposed bill. That digital rupee is currently a “work in progress,” according to its governor.

Would the Ban Backfire?

The ban would be one of the world’s strictest and most thorough crypto laws — although it would only carry fines as opposed to an earlier draft’s proposed 10-year jail sentences.
On January 30, Naval Ravikant — an influential crypto investor who is behind angel investment firms AngelList and Spearhead and hedge fund MetaStable Capital — responded to reports of the ban by tweeting: “Countries banning cryptocurrencies are kicking themselves off of the upcoming decentralized Internet.”

That’s a sentiment that Srinivasan echoed, telling The Cap Table that banning Bitcoin would drive the industry underground, forcing the government to take legal action against “otherwise law-abiding citizens who are some of the smartest in the country.”

The Electronic Frontier Foundation agreed, warning that the bill “would require draconian oversight and control to enforce,” while the Internet and Mobile Association of India (IAMAI) warned that it would push Indian crypto buyers to “illicit” sites with little in the way of consumer protection.

However, the Indian government is very interested in the potential uses of blockchain technology in a wide variety of fields.

In February, the Ministry of Electronics and Information Technology prepared a draft National Strategy on Blockchain that proposes using blockchain technology in government services including property record keeping, digital certificates, power distribution, health records and supply chain management, according to The Indian Express. Vaccine and medical supplies logistics are also considered. Much of that was covered in depth by the government-run NITI Aayog think tank in its January paper, “Blockchain: The India Strategy,” as well as a March report on “Blockchain Technology and Its Industry Adoption” by  the IAMAI and consulting giant Ernst & Young.
In February 2021, the government-owned State Bank of India joined JPMorgan bank’s fast-growing Liink blockchain payments network, which seeks to dramatically reduce the time and cost of cross-border transactions, according to India’s Economic Times.
Industry is also getting in on the action. In March 2021, for example, North Delhi’s Tata Power DDL utility partnered with Australia’s Power Ledger and the India Smart Grid Forum (ISGF) on a blockchain-based peer-to-peer solar energy trading platform. It follows a similar, successful project in Uttar Pradesh aimed at convincing regulators to allow P2P electricity trading, according to ISGF President Reji Kumar Pillai.

“Uncertainty” is the watchword for India’s cryptocurrency sector right now — and given how it’s taken a much harsher stance against digital assets than other major economies, the world will be watching to see how any potential ban is enforced and received.

Crypto Basics
How ICO Funding Temporarily Changed Entrepreneurship
You may have noticed that ICOs are not as popular as they were in 2017 — what happened, and why is the idea of an ICO still so important?
Yazan: Stuart Langridge
1 year ago
5d"
Crypto Basics
3 Crypto Trends That Died in 2022
2021 was the year of innovation in the cryptoverse. Where many new ideas and trends managed to gain a big share of the market, some turned out to be fads. Find out which trends died in 2022!
Yazan: Daniel Phillips
2 months ago
7d"
Crypto Basics
Is Ray Dalio Wrong About the Changing World Order?
Did you watch Ray Dalio’s video about the changing world order that explains the rise and fall of all the great empires over the past five hundred years? Let's see how it relates to crypto!
Yazan: Will Kendall
4 months ago
12d"
See all articles