Increasingly closer ties are being forged between crypto companies and sporting bodies — and it's now common to see the logos of top exchanges on the kits of top-tier soccer and rugby teams. 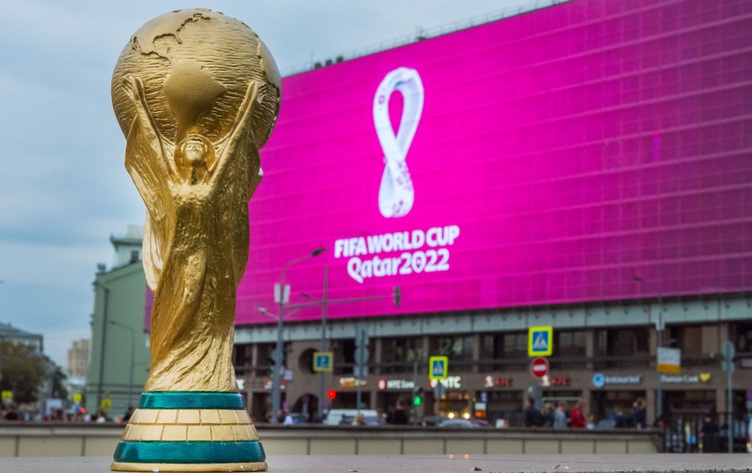 Crypto.com has been unveiled as a sponsor for this year's FIFA World Cup in Qatar — in one of the highest-profile deals to date.

The exchange "will benefit from significant branding exposure both within and outside the tournament's stadiums," the sporting body said.

It's the latest big-money sponsorship push for the trading platform, and comes months after the iconic Staples Center in LA was rebranded as the Crypto.com Arena in a multi-year deal.

Crypto.com is set to give its users the chance to attend matches when the World Cup begins in November and win "exclusive merchandise" — a sign that non-fungible tokens are going to be thrown into the mix.

"Crypto.com has already demonstrated a commitment to supporting top-tier teams and leagues, major events and iconic venues across the world, and there is no platform bigger, or with a greater reach and cultural impact, than FIFA's global platform of football."

Increasingly closer ties are being forged between crypto companies and sporting bodies — and it's now common to see the logos of top exchanges on the kits of top-tier soccer and rugby teams.

Also this week, tennis star Naomi Osaka has announced that she's taking an equity stake in FTX, and will be paid in crypto in her new role as a global ambassador. Meanwhile, UFC flyweight fighter Matheus Nicolau is getting his paychecks in Bitcoin in a bid to tackle inflation.

In other developments, the National Football League has announced that it's relaxing the rules for teams seeking sponsorship from firms in the digital assets space… kind of.

While clubs "continue to be prohibited from directly promoting cryptocurrency," they will be allowed to strike deals with some blockchain platforms.

It could be argued that this stance is starving the NFL of revenue, especially considering that the NBA recently signed a four-year deal with Coinbase that's worth a cool $192 million. Nonetheless, NFL head of consumer products Joe Ruggiero told CNBC:

"We're extremely bullish on blockchain technology. We think that it has a lot of potential to really shape innovation, shape fan engagement over the course of the coming decade."

The FIFA World Cup is being held later than usual this year because of the high temperatures seen in Qatar during the summer months.

Crypto News
Kim Kardashian Among A-Listers Sued over Ethereum Max
The A-listers are accused of colluding with the cryptocurrency's co-founders to engage in a pump and dump — leaving investors out of pocket.
Yazan: Connor Sephton
6 months ago
2d"
Crypto News
DOGE Price Surges By 83% in a Single Day… But Why?
DOGE has risen by a staggering 83% over the past 24 hours.
Yazan: Decentralized Dog
1 year ago
2d"
Crypto News
Coinbase Accepts PayPal Purchases in U.S. — But It'll Cost A LOT
PayPal's fees alone come in at 4% — and that's without taking into account what Coinbase charges.
Yazan: Connor Sephton
1 year ago
2d"
See all articles