Crypto venture capital firm Pantera Capital announced it was in the closing stages of a blockchain investment fund worth $1.3 billion. 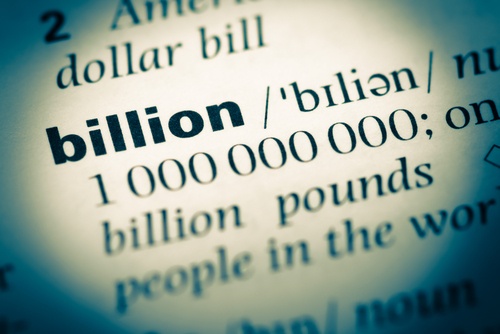 After announcing a blockchain fund last May, Pantera Capital is bringing out the big guns.

The crypto venture capital firm said that it had exceeded the $600 million targeted for the fund and raised more than $1 billion for investments in early-stage tokens, web3 firms, and tokens with strong liquidity. At an investor conference call on Tuesday, April 13, Pantera said it was set to close the fund at around $1.3 billion in the following weeks. According to CEO Dan Morehead, the fund will close in early May, subject to the due diligence processes the big institutions participating in it have to go through.

Pantera does not plan to stop there and announced another fund labeled Blockchain Fund II that is coming in 2023 and will be focused on early-stage projects.

Yet another investment fund will be its Pantera Select Fund, targeting a size of $200 million and aimed at crypto firms that are in their growth stage. Unlike the other two funds, the Select Fund will not focus on Seed and Series A investments but on revenue-generating crypto firms — those that have gone through their baptism of fire. According to Pantera, targets will be firms in blockchain infrastructure, the NFT sector, Web3 gaming, metaverse companies, exchanges, and DeFi.

CEO Morehead said that the fund targets investments in about ten companies over the next year and a half. After already having locked in three "very compelling growth-stage deals," investments in the future are going to be "smaller, more targeted, and therefore more concentrated than a typical growth fund."

This backs up Morehead's bullish outlook on the sector recently shared on Twitter and in the company's latest blockchain letter. According to Pantera, "markets have rarely been so cheap relative to the trend," and Morehead expects Bitcoin to be at its lows or very close to it.

Crypto News
Binance to Make Another Bid for Voyager Digital — And Unveils $1 Billion Crypto Recovery Fund
"As a leading player in crypto, we understand that we have a responsibility to lead the charge when it comes to protecting consumers and rebuilding the industry," CZ says.
Yazan: Ivan Cryptoslav
1 day ago
3d"
Crypto News
Amazon Plans Eight-Episode Drama on FTX's Collapse
Given how it's a tale of billions of dollars vanishing overnight — with drugs and sex in a Bahamas penthouse thrown in — the show could end up being a gripping watch.
Yazan: Ivan Cryptoslav
1 day ago
2d"
Crypto News
New York Times Criticized as It Confirms Sam Bankman-Fried Will Appear at DealBook Summit
The New York Times had already attracted the ire of crypto enthusiasts for what was regarded as an overly sympathetic interview with Bankman-Fried following FTX's collapse.
Yazan: Ivan Cryptoslav
1 day ago
2d"
See all articles