A crypto VC firm announces that it cashed out almost all of its LUNA in time, leaving a sour taste in the mouth of retail traders. 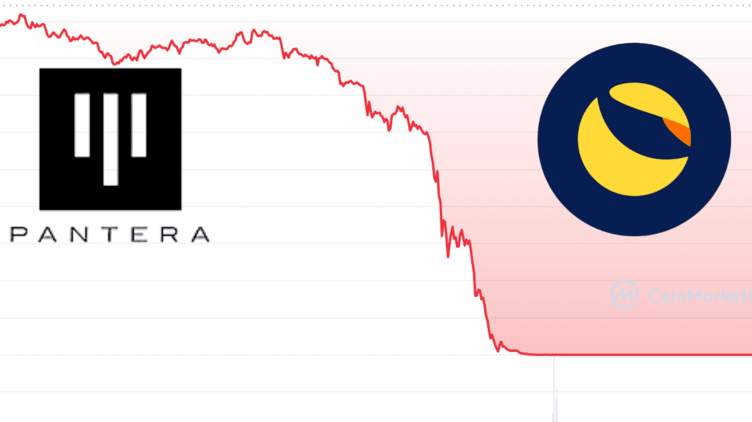 How often have we seen bg hedge funds and banks being bailed out when financial losses were socialized?

It seems this isn't exclusive to traditional finance but a feature of the crypto industry as well. Pantera Capital, a major backer of Terraform Labs, cashed out almost 80% of its investment in LUNA in time, according to The Block:

Joey Krug, co-chief investment officer at Pantera, told The Block that Pantera had actively managed its position in LUNA and reduced its position over time as the investment became more profitable. According to Paul Veradittakit, partner at Pantera Capital, Pantera got a cool 100X on its $1.7 million LUNA bet, which was separate from its $25 million seed round investment in January 2021.

Veradittakit, who called Anchor a " fixed-income, low-risk financial instrument" in a blog post in April 2021, said that Pantera exited two-thirds of the remaining 20% investment in LUNA at an average price of $25.6.

The news comes against a backdrop of more potential fallout due to the collapse of UST. Evidence emerged on Crypto Twitter that @stablegains, a centralized yield provider, potentially skimmed off yield from customer funds that it had put in Anchor Protocol, a Terra-based savings protocol. With the collapse of Terra and Anchor, more companies like Stablegains may be in big trouble.

Meanwhile, the vote on the LUNA hard fork continues, with those in favor of a hard fork firmly leading (80% at the time of writing).
This article contains links to third-party websites or other content for information purposes only (“Third-Party Sites”). The Third-Party Sites are not under the control of CoinMarketCap, and CoinMarketCap is not responsible for the content of any Third-Party Site, including without limitation any link contained in a Third-Party Site, or any changes or updates to a Third-Party Site. CoinMarketCap is providing these links to you only as a convenience, and the inclusion of any link does not imply endorsement, approval or recommendation by CoinMarketCap of the site or any association with its operators. This article is intended to be used and must be used for informational purposes only. It is important to do your own research and analysis before making any material decisions related to any of the products or services described. This article is not intended as, and shall not be construed as, financial advice. The views and opinions expressed in this article are the author’s [company’s] own and do not necessarily reflect those of CoinMarketCap. CoinMarketCap is not responsible for the success or authenticity of any project, we aim to act as a neutral informational resource for end-users.
9 people liked this article

Crypto News
Two Backers of Sam Bankman-Fried's Bail to Be Named
A federal judge has ruled that the names of two people who co-signed former FTX CEO Sam Bankman-Fried's $250 million bail agreement must be revealed, despite safety concerns.
Yazan: Leo Jakobson
12 hours ago
2d"
NFTs
Premier League Embraces NFTs for Fantasy League in $150M Deal
Fans of top-tier English football teams will be able to use NFT playing cards of their favorite players in a fantasy football league.
Yazan: Leo Jakobson
12 hours ago
2d"
Crypto News
Elon Musk's Vision of Twitter 2.0 Includes Crypto Payments
An early leader in the creation of PayPal, the Twitter and Tesla CEO has consistently pushed a vision turning the social media platform into an 'everything app' that incorporates payments.
Yazan: Leo Jakobson
12 hours ago
2d"
See all articles