This week, Bitcoin's price and Wall Street Bets both saw plenty of turmoil — TokenInsight breaks down what's been happening. 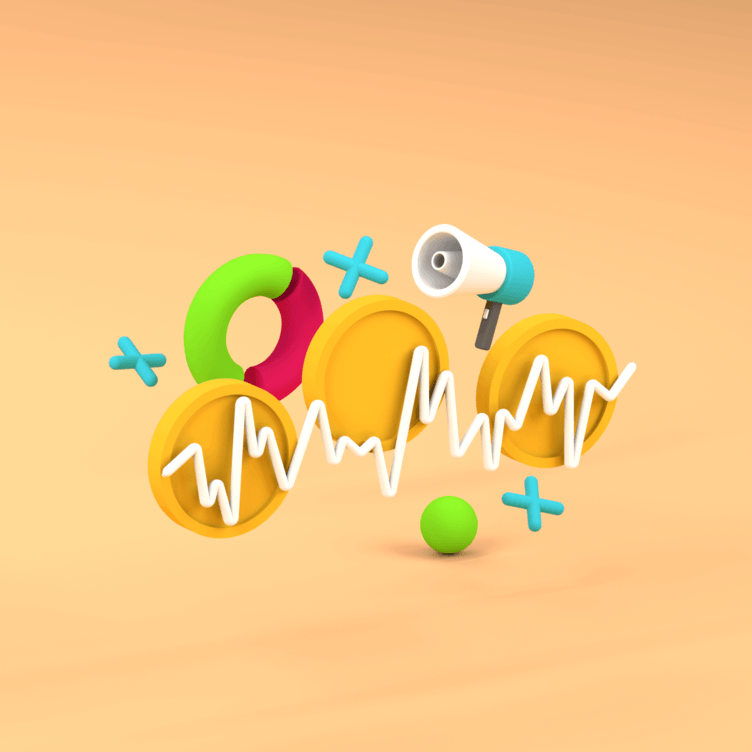 This week, investors focused on areas outside the crypto market. Individual investors from all over the world gathered in U.S. stocks. After the appeal from Wall Street Bets on Reddit around Gamestop, American Cinemas (AMC), Nokia (NOK) and other stocks, individual investors defeated Wall Street’s short hedge funds for the first time and broke the myth of “institutions never are defeated by individuals.”

Compared with the crazy traditional market, the crypto market was relatively calm. After a fortnight of volatility, mainstream crypto prices began to stabilize and slowly recovered. Platform cryptos and blue chip tokens have also stabilized. But when individual investors on Wall Street Bet began to focus on digital assets, the enthusiasm they brought instantly caused a huge shock in the altcoin market. DOGE, MIR, etc. which is related to GME, and even just the tokens named by the Wall Street Bets team, the price and trading volume has exploded.

When fanaticism prevails, how long can the short-term consensus from the huge community last without being "unplugged"? Let us walk and see.

After the investors from Reddit won the first battle, they became the "heroes" in the hearts of individual investors worldwide. As they began to turn their attention to cryptocurrencies, investors began to flock to some altcoins. For them, the crypto market does not seem to be different from the traditional market.

Wall Street Bets only mentioned DOGE (a long-established altcoin) on Twitter, and then its price was pushed four times within 24 hours, from "almost no value" to more than 7 cents. Moreover, Its 24-hour trading volume is even more outrageous, rising by 11,486.57% (approximately 115 times) to 25.54 billion U.S. dollars, reaching a level close to half of the weekly Bitcoin trading volume in one day, and the market value of DOGE has also reached 8.98 billion U.S. dollars, an increase of 465.12% in one day, and took the seventh place in market share in one fell swoop.

The GameStop-supported assets from the crypto market has also allowed exchanges and projects that provide related services to obtain substantial returns. The FTX exchange launched GME's equity token. In the past 24 hours, the GME token’s spot trading volume has reached $5.18 million, while the quarterly delivery contract trading volume is just $6.18 million;.After the decentralized synthetic asset protocol called Mirror Protocol initiated a vote in the community to add ‘GME’ to the asset pool, the price of MIR rose by 29% and remained at around $4.39. As a result, the market cap of Mirror exceeded $100 million, reaching $120 million.

Bicoin seems to be the next target. On Jan, 29 at 4:00 EST, Bitcoin witnessed a sudden double-digit spike from $32,000 at around 4:30 EST and jumped to near $38,000, the highest level since Jan. 19. This 16% rise range has already exceeded the drop range compared with last round drop-back (from $3,400 to $3,200) waving the crypto communities hot. This jump seems to be related with Tesla and SpaceX’s CEO Elon Musk, who just changed his Twitter bio into #Bitcoin. According to a report by Coindesk, while the Bitcoin community is keen for Musk to come out as a supporter, he seemingly enjoys dropping crypto mentions as something of a tease.

When individual investors ‘aggregated fish as giant sharks’ and made a huge noise in the traditional market, although the crypto market has become accustomed to price changes in the thousands or even tens of thousands dollars fluctuation level, the huge risks brought by the influx of a large number of enthusiastic investors is still worthy of vigilance.

However, does their behaviour implicitly show that consensus is the source of value? If people's consensus begins to gather on a certain underlying asset, the asset is given value? The next step for individual investors from Wall Street Bet is worth our observation and thinking.

Jan. 29, Huobi suspended DOGE’s wIthdrawals and deposits, which will be resumed upon completion of the upgrade.

Reddit Partners with Ethereum Foundation to Boost Scaling and Resources

Popular social media network Reddit, which counts over 1.7 billion monthly visits, is deepening its ties with the Ethereum Foundation in what it has formalized as its first-ever blockchain partnership.