Jamaica Becomes First Country to Recognize CBDC as Legal Tender
İçindekiler
What Is a CBDC?
Why Did Jamaica Develop a CBDC?
How Does the Jamaican CBDC Work?
Conclusion
Blockchain

CoinMarketCap Alexandria looks at the central bank digital currency (CBDC) of Jamaica that was recently made legal tender — and how it works. 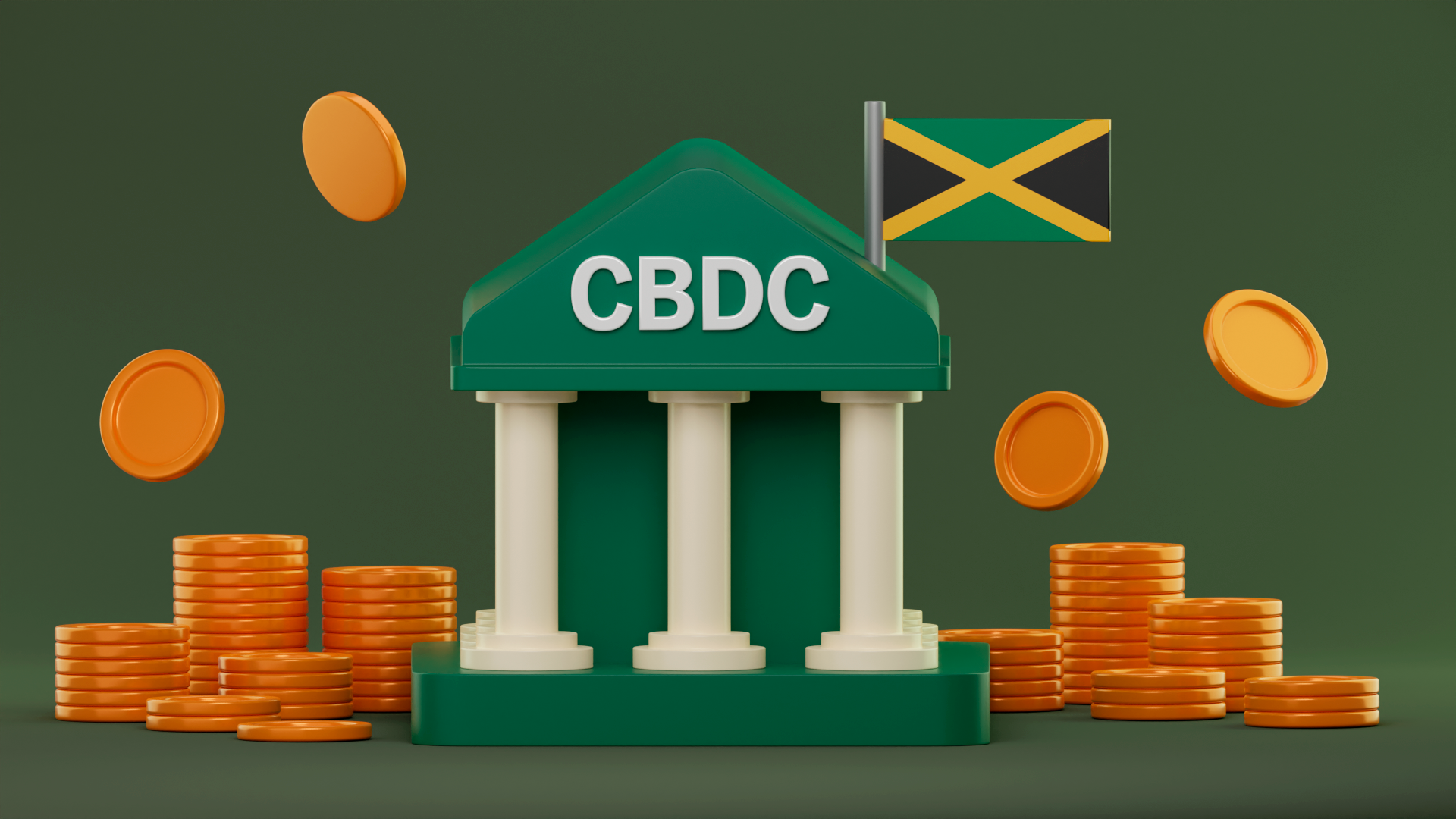 In a historic move, the Bank of Jamaica (BoJ) has made the island country the first in the world to recognize its central bank digital currency (CBDC) as legal tender. The nation has a largely cash-based economy, and it’s hoped that by implementing the CBDC, many of the unbanked will be able to improve their financial situation.

The CBDC, which is called the Jamaica Digital Exchange (Jam-Dex), is now issuable by the central bank following legislative action by the senate. While Jam-Dex has been in pilot testing since last year, it hasn’t officially been released into the world, though it will be as soon as later this month.

What Is a CBDC?

Compared to their closest cousin in the world of cryptocurrencies – stablecoins – CBDCs are supposed to be even a notch more trustworthy and dependable. They are issued by governments, as opposed to private companies in the case of stablecoins, and they can always be exchanged on a one-to-one basis for the physical currency of the particular nation.

While not meant as a replacement for traditional money, they share essentially all of the same features as fiat but in digital form. Critics of CBDCs point to the power of governments to shut off specific people’s access to the coins as well as track movements and expenditures. However, it’s clear that their essentially worldwide rollout is nearly inevitable at this point, with over 100 countries, representing 95% of the world’s economy, either exploring or developing them.

Why Did Jamaica Develop a CBDC?

Like many countries in the developing world, Jamaica has low levels of usage of the traditional electronic payment methods seen in developed nations, which is part of the reason many of these countries are rushing to implement their own CBDCs.
According to Steve Aschettino, a Norton Rose Fulbright partner focused on Fintech, “Emerging economies appear to view CBDCs as a way to jump-start their economies.” He added that the existing infrastructure for payments in the developed world is a double-edged sword, in some cases limiting countries’ motivation to get ahead in the CBDC space.
One of the main advocates for Jam-Dex in the Jamaican government, Minister of Foreign Affairs and Senator Kamina Johnson Smith, has said that the CBDC will greatly improve the financial well-being of people without bank accounts, as they are not required to use the digital currency. She explained that Jamaica’s banking issues are in part due to people feeling they don’t have enough money to warrant setting up an account as well as a lack of identification – a problem the government is also trying to address with its National Identification System.

Johnson Smith added that the CBDC will also facilitate commercial development, as there are no fees for transactions.

How Does the Jamaican CBDC Work?

The Jamaican government will be maintaining the Jam-Dex outside of the blockchain, so it will be ledgered on centralized servers, a possible drawback in the eyes of some. In order to begin using it, people will have to set up a digital wallet called Lynk. The wallets will be issued by banks as well as by other authorized service providers, though no bank account will be required at any point. Money can be added at a “Smart ATM,” through a Wallet Provider (such as a bank), through wallet transfers, and by bank transfer. Payments will be possible via QR code or wallet ID. No fees are attached to any transactions.
A financial services entity called the JMMB Group is also exploring other uses for the CBDC related to e-commerce, point-of-sale, and more. The government has said that constructing a comprehensive infrastructure surrounding the CBDC will be essential to its success. Whether that includes more exotic offerings from the world of cryptocurrency, such as decentralized finance (DeFi) opportunities, remains to be seen.

Right now, with the exception of China – where the digital yuan is expected to be rolled out in 2023 – a lot of the urgent action with CBDCs seems to be centered far away from the most powerful nations on the planet. Instead, it’s countries like Jamaica that are taking advantage of the new technology to get a leg up in the economic race.

While El Salvador was the first country to recognize crypto as legal tender in the form of Bitcoin and the Bahamas was the first to launch a CBDC with the Sand Dollar, Jamaica’s imminent launch of a legal tender CBDC will be remembered as a groundbreaking achievement. We’ll have to wait and see whether the people take it up with as much enthusiasm as the government.

Crypto News
Treasury: New Rules for Brokers Only
Only crypto brokers will need to comply with $1T infrastructure bill’s IRS reporting requirements.
Yazan: Leo Jakobson
1 year ago
2d"
Crypto News
NFT Avatars Could Be Coming to Facebook and Instagram
The Financial Times also reports that the tech giant has engaged in discussions on whether to build a marketplace where NFTs could be traded.
Yazan: Connor Sephton
7 months ago
2d"
Crypto News
10 Things Revealed in Vitalik Buterin's TIME Interview
Vitalik Buterin fears that greed could overshadow Ethereum's potential, expresses disdain for Bored Apes and the way DAOs vote, and says sharding needs to happen ASAP.
Yazan: Connor Sephton
5 months ago
6d"
See all articles