Estimates suggest Hydra Market was the darknet platform with the highest turnover worldwide — with sales of $1.35 billion in 2020 alone. 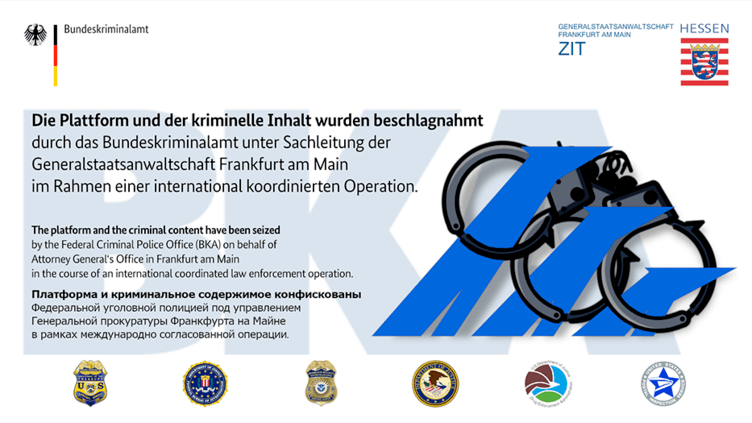 The world's largest illegal darknet marketplace has been shut down — with police in Germany seizing 543 Bitcoin.

Hydra Market has been accused of facilitating money laundering and the sale of narcotics.

The Russian-language darknet platform had been under investigation since August 2021, and the U.S. authorities were also involved in this operation.

According to German prosecutors, Hydra Market had been in operation since 2015 — and more than 17 million customers and 19,000 sellers had accounts on the platform.

Estimates suggest it was the darknet platform with the highest turnover worldwide — with sales of $1.35 billion in 2020 alone.

One service allowed users to obfuscate the crypto transactions they completed through the platform, making investigations even harder for law enforcement.

Hydra Market's homepage has now been replaced by a message from German prosecutors.

At the time of writing, the Bitcoin seized has a cash value of $25 million.

Bitcoin
Binance to Make Another Bid for Voyager Digital — And Unveils $1 Billion Crypto Recovery Fund
"As a leading player in crypto, we understand that we have a responsibility to lead the charge when it comes to protecting consumers and rebuilding the industry," CZ says.
Yazan: Connor Sephton
2 days ago
3d"
Bitcoin
Amazon Plans Eight-Episode Drama on FTX's Collapse
Given how it's a tale of billions of dollars vanishing overnight — with drugs and sex in a Bahamas penthouse thrown in — the show could end up being a gripping watch.
Yazan: Connor Sephton
2 days ago
2d"
Bitcoin
New York Times Criticized as It Confirms Sam Bankman-Fried Will Appear at DealBook Summit
The New York Times had already attracted the ire of crypto enthusiasts for what was regarded as an overly sympathetic interview with Bankman-Fried following FTX's collapse.
Yazan: Connor Sephton
2 days ago
2d"
See all articles