OneCoin's former CEO and infamous Ponzi artist Ruja Ignatova has been put on a "Most Wanted" list by European authorities — five years after her disappearance. 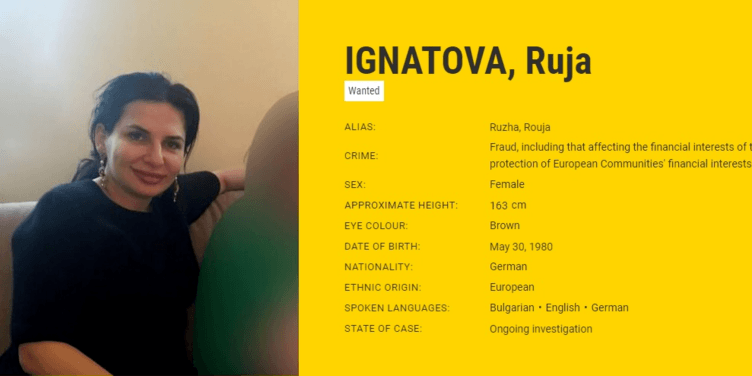 Crypto OGs will remember OneCoin, one of the industry's most infamous scams that blew up in the face of investors five years ago.

A new chapter has been added to its still-unresolved story, as the European Union Agency for Law Enforcement Cooperation, Europol, is now offering a reward of up to €5,000 ($5,200) for any information that could lead to the arrest of Ruja Ignatova, its former CEO.

Ignatova vanished in the fall of 2017 after heading the infamous Ponzi scheme for years. The highly-educated Ignatova, who attained a PhD in law in Germany, was behind OneCoin, which is said to have caused losses of over $10 billion.

She disappeared in October 2017 after failing to show up for an investor's conference and has been missing ever since. Reports presume she may be hiding in Germany, where she and her brother grew up, or the Mediterranean, where her last known whereabouts were.

OneCoin famously grew to be one of the largest cryptocurrencies by market capitalization and had investors dreaming of unfathomable riches — only to catastrophically blow up after the scheme was uncovered.

Introduced as the "Bitcoin killer," OneCoin fronted a soon-to-be-mined cryptocurrency that investors bought — but never were able to cash out. Instead, they were buying plagiarized crypto education courses and tokens, which were nominally appreciating in value but never traded freely in the markets.

Ignatova designed the scheme after she failed to pull off a similar Ponzi scheme before OneCoin. Together with her brother Konstantin Ignatov and Sebastian Greenwood, another infamous crypto scam artist, the trio ran the operation out of Bulgaria but soon grew to fame around the globe. At one point, Ignatova even hosted an event at Wembley Stadium in London in front of 60,000 people.

Her brother was detained in Los Angeles in 2019 and charged with committing financial crimes, as was Sebastian Greenwood, who is awaiting his trial in a U.S. prison. Ignatova's whereabouts remain unknown — which is why Europol put out a warrant for her.

Bitcoin
CoinMarketCap News, Dec. 5: Top Democrat Faces Backlash over Tweet to SBF
Some are accusing Maxine Waters of being too friendly with FTX's founder during her attempts to get him to testify in Congress.
Yazan: Ivan Cryptoslav
3 hours ago
3d"
Bitcoin
Podcast: SBF Owned 90% of Alameda... Why Doesn't He Know What Happened?
Also today — liquidators at Three Arrows Capital clash with the bankrupt crypto hedge fund's co-founders.
Yazan: Ivan Cryptoslav
4 hours ago
1d"
Bitcoin
SBF Vows to Testify in Front of Congress After FTX Collapse… But Doesn't Say When
"Once I have finished learning and reviewing what happened, I would feel like it was my duty to appear before the committee and explain," he tweets.
Yazan: Ivan Cryptoslav
7 hours ago
2d"
See all articles