Does China Have a Cryptocurrency?
İçindekiler
What Has China Done So Far?
What Inspired China to Create a CBDC?
Will China's 'Cryptocurrency' Be on Blockchain?
Can This Help China Internationalize the Yuan?
Crypto Basics

Does China Have a Cryptocurrency?

China is expected to become the first major global economy to launch their own central bank digital currency, leading the way for a number of reasons. 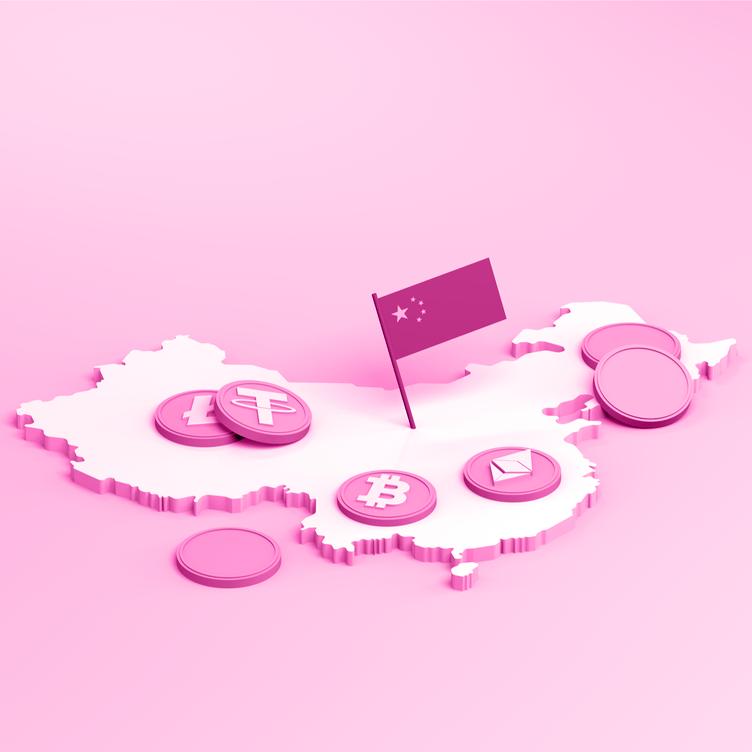 Compared with decentralized cryptocurrencies such as Bitcoin, China’s “cryptocurrency” is an altogether different type of digital asset: a central bank digital currency, or CBDC for short.

CBDCs are digital currencies that are issued by a country’s central bank — in this case the People’s Bank of China (PBoC) — whose status as legal tender is established through government regulation or law.

China is expected to become the first major global economy to launch a CBDC, having devoted five years to its research and system development.

What Has China Done So Far?

The country has already piloted its new currency in four major cities and key economic regions: Beijing, Tianjin and Hebei, the Yangtze River Delta, and the Guangdong, Hong Kong and Macau area.

This colloquial name makes a useful distinction from Bitcoin and other cryptocurrencies. The digital yuan is designed as a centralized, two-tier model, which is issued by the PBoC to commercial banks against equivalent cash or banks’ deposits at the central bank.

These intermediaries then distribute the digital yuan to their clients (the general public) for circulation, notably following the usual requirements of Know Your Customer due diligence.
All these features make the digital yuan much closer to existing fiat currencies than to private-sector digital currencies. A senior official at the PBoC has confirmed that the digital yuan will be “mainly positioned” as M0 and, as such, will need to comply with the legal and regulatory framework for cash management.

The impetus and inspiration for the digital yuan has been closely connected to both long-term and recent trends in China’s — and the international — digital payments landscape.

These include the emergence of blockchain technology and cryptocurrencies, the decline in cash circulation, and the popularity of mobile payments services among Chinese consumers — notably Alipay and WeChat Pay.

What Inspired China to Create a CBDC?

China’s development of its digital yuan is also said to have been accelerated by the unveiling of Facebook’s planned stablecoin, Libra, in 2019.

In this, China was not alone: numerous national central banks, as well as finance ministries, expressed their concerns about Libra as a potential threat to monetary sovereignty and noticeably upped their research into CBDC issuance.

Domestically, one facet of the DCEP will be to serve a replacement for cash, but with additional transferability and settlement features that distinguish it from the likes of AliPay.

DCEP will be stored as a digital unit in retail users’ digital wallets via a central bank-authorized app. Based on what we know so far, Chinese consumers will be able to transact the digital yuan seamlessly through their phones. For their convenience, the central bank could draw upon security and contactless technologies such as NFC, PayPass and QR codes.

Some reports have claimed that DCEP could be directly transactable between wallets, independent of banks, via Internet or phone connections — or even NFC protocols.
Nonetheless, this disintermediation would need to be balanced with the “controllable anonymity” that the PBoC has said it is seeking for the DCEP system. It could also pose a degree of risk if it results in a drastic short-circuit of commercial banks in everyday payment flows.

Will China's 'Cryptocurrency' Be on Blockchain?

To what extent blockchain technology will feature in aspects of the DCEP system remains to be seen.

Local developers have confirmed that the PBoC layer of the system will be centralized and not based upon blockchain, though there is a possibility that commercial banks could use blockchain technologies, or aspects thereof, for their own settlement and circulation of the currency.

This will, in part, depend on how far they can overcome scalability limitations while achieving the throughput that is required for retail transactions at a mass scale.

While DCEP will thus be centralized, experts have nonetheless pointed to the PBoC’s adoption of approaches drawn from blockchain technologies, including concepts like UXTO and digital wallets.

Beyond retail use, the rollout of a digital yuan opens up significant possibilities for monetary and fiscal policy, as well as for data-driven regulation — helping the PBoC in its supervision of anti-money laundering, anti-terrorist financing and anti-tax evasion measures.

Unlike cash, DCEP holdings in digital wallets could also be subject to negative interest rates from the central bank, providing a source of additional leverage in monetary policy.

Can This Help China Internationalize the Yuan?

Lastly, there have also been discussions about the extent to which the DCEP could offer the technology and efficiency that could, in future, help to internationalize the yuan — for example, for transactions with partners in China’s Belt and Road Initiative.

However, the digital asset in isolation is unlikely to be a silver bullet for significant yuan internationalization and, by extension, for the erosion of the dollar’s hegemony — unless its rollout coincides with other policy shifts and changes in the geopolitical balance of the global financial system.

Crypto Basics
Introduction to Non-Fungible Tokens
This guide will help you become even more knowledgeable in the intricacies of NFTs — from beginners to experts.
Yazan: Andrey Sergeenkov
2 months ago
9d"
Crypto Basics
How Can We Achieve Crypto Mainstream Adoption?
Even though institutional investors and countries are taking an interest in crypto, the industry is far from mainstream adoption. What would it take to make it happen? Let's find out!
Yazan: Will Kendall
2 months ago
10d"
Crypto Basics
What Is Insider Trading and Why Is It Illegal?
History is full of examples where public figures were jailed for insider trading. But what is it and why is it illegal? Read more to find out!
Yazan: Aden Batool
5 months ago
12d"
See all articles