Records from the City of London Police even reveal that a mugger targeted a man who was vomiting under a bridge. 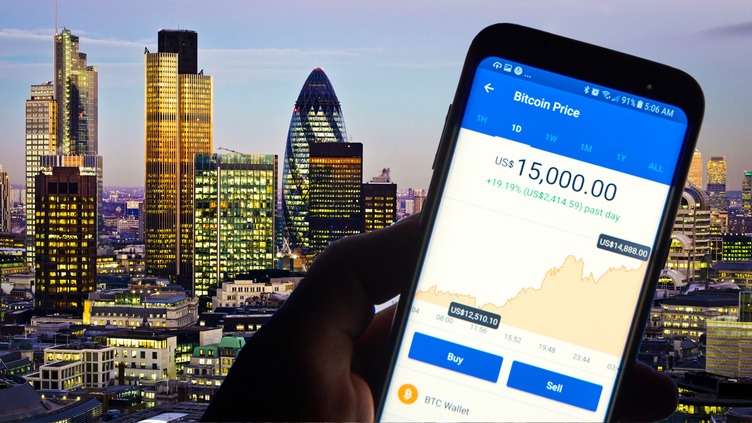 "Crypto muggings" are becoming more common on London's streets — with criminals stealing funds from wallets on their victims' phones.

According to The Guardian, one man was held against a wall and forced him to unlock an app using facial recognition.

They accessed his crypto wallet and transferred XRP worth $7,400.

The newspaper reported that the victim had agreed to go down an alley with the gang because they were offering to sell him cocaine — and had asked for his device so they could type in a phone number.

Another incident saw muggers target a man who was trying to order an Uber.

He was forced to hand over his phone — and although it was returned, he later realized $6,000 worth of Ether was missing from his Coinbase account.

Records from the City of London Police even reveal that a mugger targeted a man who was vomiting under a bridge.

The victim in this case was forced to unlock their phone using a fingerprint and their security settings were changed. Overall, they lost $35,000 — and his crypto was also stolen.

Such incidents underline the importance of taking safety precautions if you're a crypto investor.

You should try to avoid keeping large sums of crypto stored on exchanges — and use cold storage instead.

Some of the crimes recorded by the police also show why you should think twice before logging into an account in public.

Pickpockets stole a man's cards and phone — and $12,000 was later taken from his Crypto.com account.

He later told officers that he feared the thieves may have seen him enter the PIN to his account.

According to The Guardian, British police forces are now receiving training to ensure they have the tools to investigate crypto crimes.

But Phil Ariss of the National Police Chiefs' Council said investors also take responsibility to reduce the risk of being targeted, adding:

"You wouldn't walk down the street holding £50 notes and counting them. That should apply to people with cryptoassets."