Also today, find out which well-known musician is giving his fans the chance to earn a slice of his streaming royalties through NFTs. 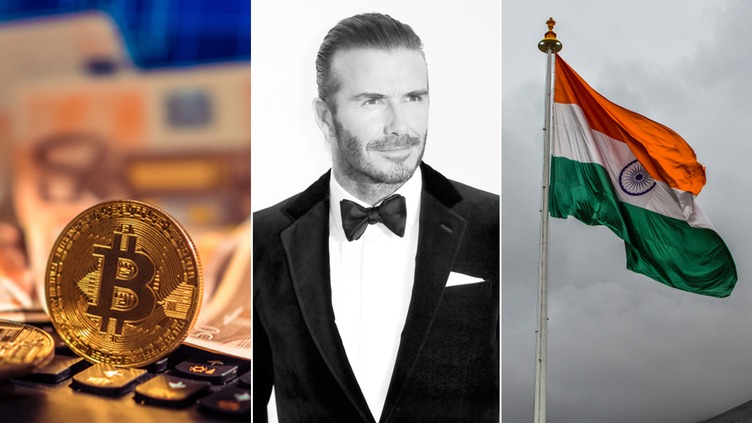 Three reasons why Bitcoin is up 10% this week 📈

Bitcoin has risen by 10% over the past week — with the world's biggest cryptocurrency accelerating to $44,651 at the time of writing. It comes after the foundation that runs UST algorithmic stablecoin announced it plans to hold BTC worth $3 billion in reserve, dramatically ramping up demand for the cryptocurrency. In the long-term, this will rise to $10 billion. Meanwhile, a prominent Russian politician has suggested that the country may start accepting BTC as payment for oil and gas as economic sanctions imposed by the West begin to bite. Friday also saw the threat of restrictions on Proof-of-Work blockchains such as Bitcoin disappear in Europe. Breaking $45,000 would take BTC to a price not seen for one month, and beyond a crucial level of resistance that has proven tricky to crack in 2022.

Crypto transactions in India are going to be substantially more expensive from next week — with one MP warning that the measures could "kill" the industry. From April 1, investors will need to pay a 30% capital gains tax on any profits they make after selling their digital assets — and losses cannot be offset against other taxes. But the measure that's causing the most alarm is a 1% tax that is being slapped on all crypto transactions, which could dramatically reduce trading volumes in the country.

Diplo gives away royalties through NFTs 💰

Diplo has announced that he's tokenizing his latest single — and owners will be able to get a share of the song's royalties. The Grammy-winning artist is releasing Don't Forget My Love through the Royal platform, which allows fans to "own their favorite music." Three tiers of NFTs are being offered for Diplo's release — and in total, 20% of streaming royalties are being given away across 2,110 NFTs. The cheapest NFT costs $99 and entitles the owner to 0.004% of the money made through streams on Spotify and Apple Music. Royal has previously entered into collaborations with Nas, a high-profile rapper who also invested in the project's funding round — and those drops sold out. Diplo's tokens will be available to buy on Tuesday.

David Beckham is entering the metaverse in a big-money deal — and is going to release his own NFT collection. The footballing legend is becoming a global brand ambassador for the DigitalBits blockchain. This is one of the biggest celebrity endorsements that crypto has seen… not least because Beckham has 138 million followers on social media and 9 billion annual impressions. The 46-year-old, who has gone on to make millions as an entrepreneur after a successful career playing for Man United, described the deal as a "major opportunity to create new experiences for my fans online."

Two 20-year-olds have been charged with defrauding NFT investors out of $1 million — and were arrested as they planned to strike again. Ethan Nguyen and Andre Llacuna are accused of advertising a non-fungible collection called Frosties. But hours after their NFT sale was completed, they abandoned the project and allegedly disappeared with the cash. Prosecutors say the pair were planning to raise a further $1.5 million through a collection called Embers that was due to be released on Saturday. They face decades in prison if convicted, and the community have welcomed news of their arrest, tweeting: "Justice has been served Frostie Fam."
12 people liked this article