Crypto News, June 2: SOL and OP Having a Tough Time, So Do BTC Miners

Solana experienced another outage, causing its token price to nosedive even further. OP is still struggling and a discussion is underway who should get the next airdrop. 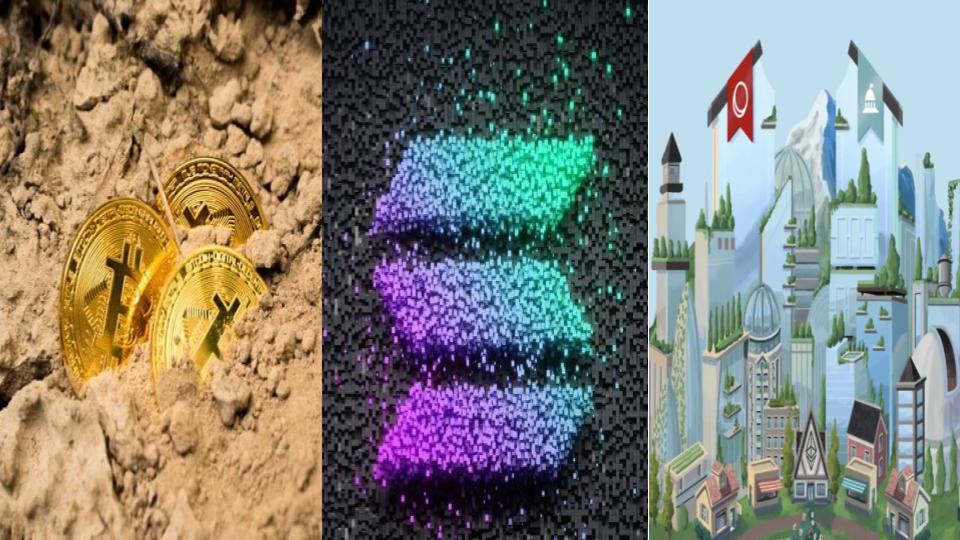 Solana went offline yet again. For already the fifth time in 2022 alone, the network experienced downtime of four hours due to a technical problem concerning "durable nonce instruction." Although Solana validators eventually restarted the network and CEO Yakovenko promised a fix "will be out asap", Crypto Twitter scoffed at Solana's repeated problems to keep the network online. SOL is now down over 80% from its all-time high.

Former OpenSea executive Nate Chastain was charged with insider trading regarding his role as a former product manager at OpenSea. Chastain was taking advantage of his ability to feature new NFT collections and traded collections for a 2X to 5X profit by buying and listing them. The FBI stressed that it "will continue to aggressively pursue actors who choose to manipulate the market in any way." Chastain left OpenSea in September 2021 and was planning to launch a new project of his own in the coming months.

The token of Ethereum layer-two scaling solution Optimism continues to slide. It is down 12% over the last 24 hours. The price drop, forced by airdrop recipients selling their bags, prompted a discussion proposal to exclude airdrop sellers from future events. The proposal received a lot of feedback, both positive and negative. While some commentators agreed, others reminded the community to not exclude people that may want to contribute in the future. Crypto analyst Cobie chipped in with his own take, first mockingly criticizing the proposal before he struck a more serious tone and called to feel more sympathetic towards sellers.

Bitcoin Mining Revenue Tanks in May 📉

Bitcoin miners had a poor month in May, with revenues down to $906 million. That marks a 21% decrease month-on-month and a 47% slide since October 2021. Mining stocks fell up to double-digits across stock exchanges, although Ben Gagnon, chief mining officer of Bitfamers, insists that its operations remain profitable. Meanwhile, mining profitability hit two-year lows.

Former BitMEX CEO Arthur Hayes says the local bottom is in at $25,000 for BTC and $1,700 for ETH. In his new blog post titled “Shut It Down!” Hayes looks at how the LUNA crash and the macroeconomic situation contributed to a risk-off sentiment in the markets. Hayes writes: "The politics and macroeconomic picture must coalesce before the crypto market can march meaningfully higher.” Hayes expects Bitcoin to eventually hit $1 million, though preceded by a massive financial crash as the catalyst.
This article contains links to third-party websites or other content for information purposes only (“Third-Party Sites”). The Third-Party Sites are not under the control of CoinMarketCap, and CoinMarketCap is not responsible for the content of any Third-Party Site, including without limitation any link contained in a Third-Party Site, or any changes or updates to a Third-Party Site. CoinMarketCap is providing these links to you only as a convenience, and the inclusion of any link does not imply endorsement, approval or recommendation by CoinMarketCap of the site or any association with its operators. This article is intended to be used and must be used for informational purposes only. It is important to do your own research and analysis before making any material decisions related to any of the products or services described. This article is not intended as, and shall not be construed as, financial advice. The views and opinions expressed in this article are the author’s [company’s] own and do not necessarily reflect those of CoinMarketCap. CoinMarketCap is not responsible for the success or authenticity of any project, we aim to act as a neutral informational resource for end-users.
2 people liked this article

Crypto News
CoinMarketCap News, Nov 29: It Isn't Just Crypto Firms Suffering in This Bear Market
As top coins tank, crypto bros are going underground — a far cry from the heady days of last year, when the champagne was flowing.
Yazan: Ivan Cryptoslav
2 hours ago
3d"
Crypto News
Podcast: Bankrupt BlockFi Owes Billions — as Elon Musk Picks a Fight with Apple
Plus, Kraken gets a slap on the wrist after violating U.S. sanctions — and why the bear market has hit Miami's nightclubs hard.
Yazan: Ivan Cryptoslav
2 hours ago
1d"
Crypto News
Revealed: How Much BlockFi Owes to Its Biggest Creditors
In other developments, the Financial Times is reporting that BlockFi is suing Sam Bankman-Fried in an attempt to seize shares in Robinhood.
Yazan: Ivan Cryptoslav
3 hours ago
1d"
See all articles