Elon Musk's acquisition of Twitter saw another turn for the dramatic, while Do Kwon's continuous BTC accumulation could not keep the price up. 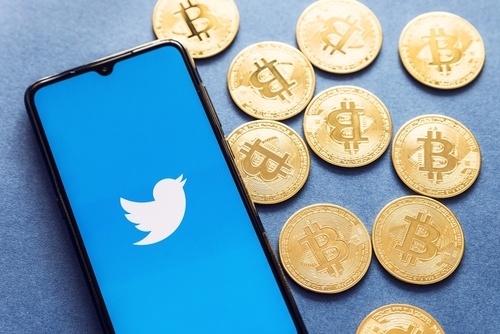 Elon Musk bought a 9.2% stake in Twitter and got us curious. But now, he rejected what seemed to be an assured seat on Twitter’s board and really got our attention. Twitter CEO Parag Agrawal announced that Elon would not be joining the board—opening the door for a potential hostile takeover of Twitter if Musk chooses to do so. Conservative commentators on the platform anticipate that as Musk's next move, but the enigmatic Tesla CEO has so far remained ambiguous about his plans for Twitter.

The Luna Foundation and its CEO Do Kwon continued their path to acquiring $10 billion worth of bitcoin — and now hold almost 40,000 BTC. The company's wallet is ranked 19th among all BTC wallets, as the Luna Foundation looks to strengthen its LUNA-UST ecosystem with a significant amount of bitcoin in the treasury. Will the strategy pay off in increasingly challenging market conditions?

The Bitcoin Conference 2022 in Miami Ends—And With It, Bitcoin's Uptrend

The Bitcoin Conference in Miami ended, and so did Bitcoin's price rally. Even though conference participants saw it as a "sell the news" event, Bitcoin looks to be weighed down by macroeconomic indicators that point to a recession. With inflation continuing to shoot higher, bond prices are hitting multi-year highs, and crypto is suffering. The next big milestone: Wednesday's new inflation estimates from the FOMC will be indicative of where BTC is headed.
This article contains links to third-party websites or other content for information purposes only (“Third-Party Sites”). The Third-Party Sites are not under the control of CoinMarketCap, and CoinMarketCap is not responsible for the content of any Third-Party Site, including without limitation any link contained in a Third-Party Site, or any changes or updates to a Third-Party Site. CoinMarketCap is providing these links to you only as a convenience, and the inclusion of any link does not imply endorsement, approval or recommendation by CoinMarketCap of the site or any association with its operators. This article is intended to be used and must be used for informational purposes only. It is important to do your own research and analysis before making any material decisions related to any of the products or services described. This article is not intended as, and shall not be construed as, financial advice. The views and opinions expressed in this article are the author’s [company’s] own and do not necessarily reflect those of CoinMarketCap. CoinMarketCap is not responsible for the success or authenticity of any project, we aim to act as a neutral informational resource for end-users.
13 people liked this article

Crypto News
OpenSea 'Requests and Accepts' Resignation of Exec Involved in NFT Scandal
The employee bought NFTs before they were promoted on the site’s homepage — and later sold them for a profit.
Yazan: Connor Sephton
1 year ago
2d"
Crypto News
Bitcoin Could Be Worth $1.36M By 2030, ARK Invest Says
Overall, ARK Invest argues that Bitcoin has "significant appreciation potential" — and that its total market cap could scale by 25x over the next decade.
Yazan: Connor Sephton
8 months ago
2d"
Crypto News
Bitcoin Falls Below $32,000 as China Ramps Up Crypto Clampdown
Nonetheless, MicroStrategy and PlanB appear to remain bullish.
Yazan: Connor Sephton
1 year ago
2d"
See all articles