Bitcoin will hit $200,000, Bitcoin's hash rate will go up, Bitcoin will replace the dollar? Read our predictions here! 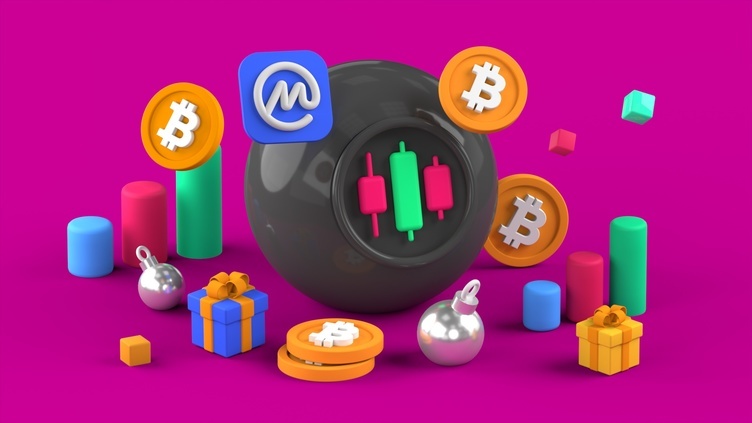 With all of the Bitcoin craziness this year (An all time-high! It’s now legal tender in El Salvador! Tesla’s loves Bitcoin! Tesla hates Bitcoin!), let’s take a look at what experts (and random Twitter people) think will happen to Bitcoin in 2022.

The blockchain data research firm said in a report this month that it’s possible for Bitcoin to outperform the S&P 500 in 2022. This actually isn’t as crazy as it may sound, considering that Bitcoin already outperformed the S&P 500 in 2021. However, it’s nice to know that at least one research company thinks Bitcoin will continue to beat out the 500 largest companies on the stock exchange.

We all love a good stock-to-flow model, don’t we? Twitter’s biggest S2F proponent PlanB is still out here with the six-digit Bitcoin price figures for the future. According to a Dec. 29 tweet, the analyst stressed the importance of using “models to protect myself from emotions” and noted that Bitcoin is still at the low end of the 50K-200K band. Check the chart below to see where he thinks Bitcoin will land in 2022.

Ok, so Jack didn’t actually specify that this will happen in 2022, but he still made a prediction! It still counts!

The Twitter founder (and former CEO) made this prediction in a typically strange Twitter fashion — in response to rapper Cardi B’s question over whether Bitcoin will replace the dollar. Perhaps Jack will be spending some of his now free time on making this happen in 2022 — only time will tell.

4. Anthony ‘Pomp’ Pompliano: Bitcoin’s Hash Rate Will Only Go Up

Speaking to CNBC last week, crypto Twitter and YouTube personality Pomp had high hopes for Bitcoin mining in 2022 — despite this year’s FUD over the China Bitcoin mining ban. He noted that after Bitcoin mining began to move from China to the U.S., he now expected to see even more U.S. mining growth (especially in Texas) in 2022. Pomp also predicts many, many new crypto jobs coming in the new year — so check out our quick guide to landing a crypto job if you’re in the market.

The crypto expert trolled us all with a video called "BITCOIN 2022 PRICE PREDICTION (UPDATED). Instead of naming a price, according to van de Poppe's 51 second video, Bitcoin in 2022 is "going up, down, or sideways" — so in any case, he will "always be right."

That's our favorite kind of prediction — one that will 100% come true.

And with that, we will leave you to mull over your own Bitcoin price predictions for 2022. Do you also think that Bitcoin will definitely go up, down or sideways? We certainly do!

Crypto News
Bitcoin Nears $60,000 After Dramatic 7% Plunge
The dramatic fall, which had been predicted by some analysts, casts fresh doubt on claims that BTC can hit $98,000 by the end of November.
Yazan: Connor Sephton
8 months ago
2d"
Crypto News
Top Cybersecurity Official Calls for Ransomware Payments Ban in the U.K.
Ciaran Martin warned that the spate of ransomware attacks is “close to getting out of control” in the U.K.
Yazan: Decentralized Dog
1 year ago
2d"
Crypto News
Blow for Dogecoin as Top Developer Leaves
Ross Nicoll described the stress involved with steering the memecoin forward was "overwhelming" — and that he needed to take time to focus on himself.
Yazan: Connor Sephton
5 months ago
2d"
See all articles