The gaming company is no longer associated with Atari Tokens, but is promising to release a new token to compensate investors. ATRI fell by 30% in nine hours. 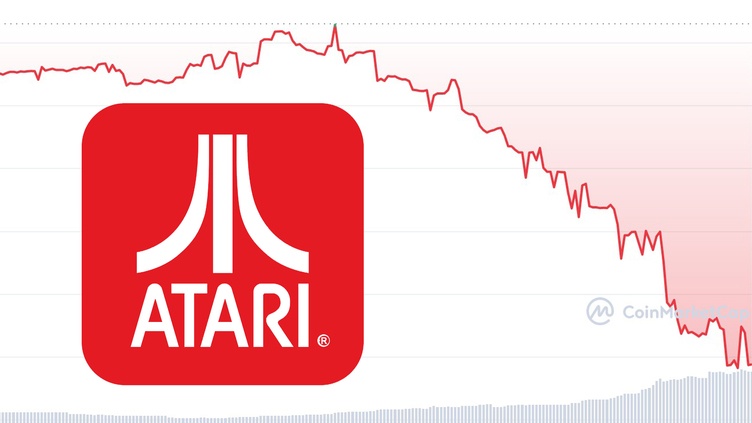 Atari no longer has any affiliation with Atari Tokens, the gaming company has announced.

In a surprise news release on April 18, Atari revealed it has terminated a wide-ranging partnership with ICICB Group.

Both companies had teamed up to launch the cryptocurrency, as well as Atari-branded hotels around the world.

Those hotels, first announced back in 2020, promised to accept the ATRI cryptocurrency as a payment method — with the gaming brand set to receive a 5% cut of all revenues from the business venture.

Each venue was said to offer an immersive video game theme, and while it's unclear why the deal fell through, the coronavirus pandemic likely affected plans to build glitzy accommodation worldwide.

In a message to investors, Atari warned that ICICB "is not authorized to represent Atari or its brands in any manner" — including on the token's official website, in whitepapers and on social media channels — describing any mentions of its company as "unlicensed, unsanctioned and outside the control of Atari."

This isn't great news for those who own ATRI tokens. CoinMarketCap data shows that, at the time of writing, the altcoin's value has plunged by 30% in the space of nine hours.

Atari insists it "remains enthusiastic about the potential for blockchain initiatives and continues to establish and pursue strategic ventures and partnerships in the space."

In an attempt to make existing token holders whole, the company announced that it plans to "create, distribute and solely manage a new proprietary token with a focus on gaming, community and utility."

A snapshot of all those who own ATRI was taken on Monday afternoon, and an exchange for new tokens is set to take place at a later date.

But challenges will lie ahead, not least because many in the gaming community have expressed disdain for non-fungible tokens — complaining they bring further monetization while failing to enhance gameplay.

Atari had announced it had terminated the hotel and casino licenses with ICICB Group back in February 2022, causing a financial impact of about $12 million.

A number of major brands have made big bets on blockchain technology and non-fungible tokens in recent years, but many business ventures have struggled to achieve success.

Last month, Animoca Brands announced that F1 Delta Time was going to cease operations because the company had been unable to renew its license with Formula 1.

Some players had invested thousands of dollars in the non-fungible tokens offered through the play-to-earn game.

The sorry tales of both Atari and Formula 1 deliver a cautionary tale to major companies — and show that, once you're involved in the space, it's difficult to back out again without hitting investors in the pocket.