'A Massive Surveillance Regime': Europe to Clamp Down on Anonymous Crypto Transactions

Politicians in Brussels have voted overwhelmingly in favor of a crackdown on unhosted wallets — and critics claim this will be a "massive government intrusion into citizens' private lives." 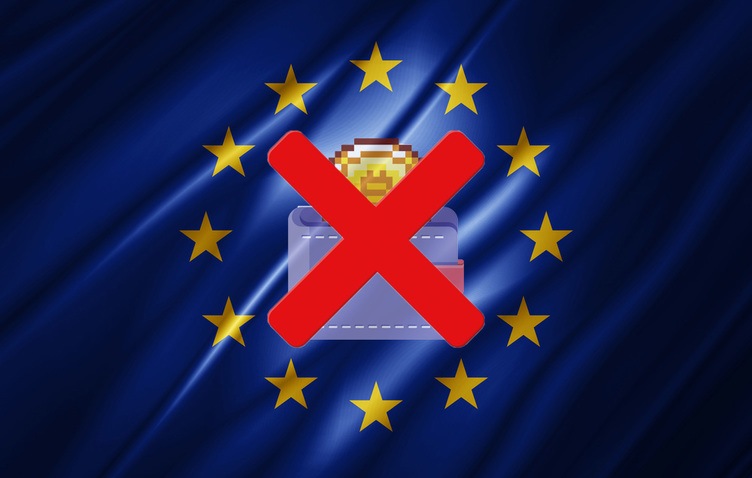 Anonymous crypto transactions are set to be outlawed in Europe.

Politicians in Brussels have voted overwhelmingly in favor of a crackdown on unhosted wallets.

This means that those who send and receive crypto transactions will need to be identified by exchanges.

And whereas these anti-money laundering requirements are only in force for fiat payments over €1,000, no minimum threshold is going to apply to crypto.

Critics of the EU regulations have warned that crypto exchanges will find it impossible to verify the owners of unhosted wallets.

Because of this, trading platforms may stop their users from transacting with unhosted wallets altogether in order to remain compliant.

Others have claimed this amounts to an invasion of privacy — and the traceability of blockchains means that this approach is heavy-handed.

Crypto exchanges had been urging European investors to contact politicians to raise their concerns before the vote took place.

Earlier this week, Coinbase's chief policy officer Faryar Shirzad had warned the measures "could significantly violate individual financial freedom, irreparably harm the cryptoeconomy, and stifle the future of innovation across the EU."

Ledger's chairman and CEO, Pascal Gauthier, says the European Parliament has chosen "fear over freedom" — and these measures will "pave the way for a massive surveillance regime over Europe's financial landscape."

He warned the regulations will effectively create a registry of wallet addresses and enable the EU to monitor the crypto transactions of law-abiding citizens in real time.

Gauthier also fears "the Web3 revolution won't happen in Europe" as a result of this new law — preventing the formation of a brand-new industry that would generate thousands of jobs, and undermining the trading bloc's competitiveness. He wrote:

While Gauthier said that Ledger was "disappointed" by the outcome of the vote, he stressed that the company "will continue to advocate for sound policies that empower individuals and create the environment for Web3 to flourish in Europe."

The setback may have been a driving force in Bitcoin's performance over the past 24 hours, with the world's biggest cryptocurrency plunging 4.33%.

Crypto News
Weekly Wrap: What's Happening in the Metaverse This Week? [Feb. 10, 2022]
CoinMarketCap takes a look at some of the latest happenings in the metaverse — from the first wedding on Decentraland, to 25% of the world on the metaverse by 2026 — according to Gartner.
Yazan: Andrey Sergeenkov
5 months ago
8d"
Crypto News
OpenSea Discord Hacked: Users Warned NOT to Click on Any Links After YouTube Scam
A suspicious link was included that directed unsuspecting Discord users to a website for the "YouTube Genesis Mint Pass."
Yazan: Connor Sephton
3 months ago
2d"
Crypto News
REvil Ransomware Group Gets Taste of Own Medicine
According to Reuters, a multi-country operation has resulted in the criminal gang being hacked and forced offline.
Yazan: Connor Sephton
9 months ago
2d"
See all articles