Who Stole My Art?: How NFTs Are Disrupting the Art World
สารบัญ
Stealing Content on DevianArt and Social Media
The @TokenizedTweets Conundrum
Beating the Artist to the Sale
Stealing Artist Bios and Cloning Collections
Malicious Activity Continues
NFTs

Who Stole My Art?: How NFTs Are Disrupting the Art World

Bad actors are starting to take existing artist's creations and tokenize them on the blockchain without the creator's knowledge. 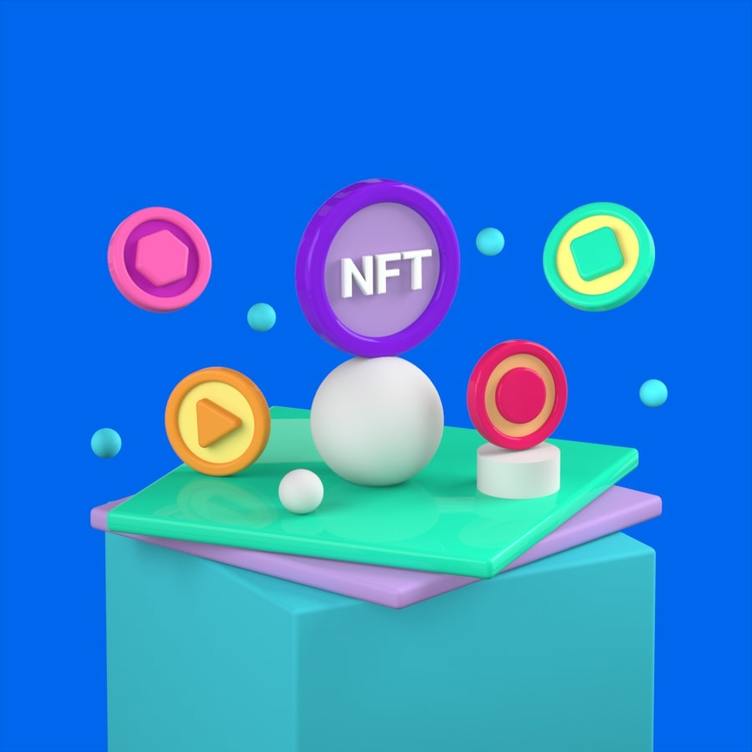 Non-fungible tokens, or NFTs, are an excellent way for artists to share their work and creativity with the world. An artist can tokenize and immortalize their work on the blockchain by generating a unique digital copy and selling it to the highest bidder. The NFT space is overall an excellent avenue for digital artists, although it is possible to tokenize physical artwork in the same way.

However, some individuals will take an existing artist's creations and tokenize them on the blockchain without the creator's knowledge. Unfortunately, incidents like those have become frequently common and may prove rather difficult to bring to a halt.

RJ Palmer is a digital artist who has worked for multiple video game companies. Over his career, he has shared most of his work online through the DevianArt platform, among other outlets.

While his artistic style is clearly in line with much of the NFT art for sale today, RJ Palmer has not entered the crypto space willingly. As he tweeted earlier in December, he’s found at least 29 cases where his art was taken (without his permission) and minted as NFTs to be sold through OpenSea, the industry's leading marketplace for non-fungible tokens.
Unfortunately, this problem was not limited to just RJ Palmer. The late Qing Han, also known as Qinni, had her artwork stolen after her passing and issued as non-fungible tokens on the blockchain. One of her most popular pieces, entitled "Bird Cage,” was among the items being put for sale on NFT platform Twinci.
Illustrator Derek Laufman fell victim to a similar scenario involving artwork he had shared on social media and other channels. Laufman had no account on the Rarible platform, yet some of his work could be found there as NFTs. Laufman didn't take kindly to this development and pointed out how NFT marketplaces should verify artists’ identities.

Russian creator Weird Undead also found that some of her artwork — shared only on Twitter — was somehow up for auction on the OpenSea platform. She resorted to legal action and successfully had the token removed from the auction platform.

Things took an interesting and problematic turn when the Twitter account @tokenizedtweets got involved in the NFT space, and it still remains unclear who set this bot up.

The way the bot worked was that @tokenizedtweet would create non-fungible tokens of tweets without alerting the tweet owner or asking for permission. Moreover, anyone could use the bot by merely tagging the bot in reply to the tweet they wanted to tokenize.

The @tokenizedtweets account was also involved in the theft of the artwork by Weird Undead mentioned above. As the account kept being mentioned in replies to her tweets, she got suspicious, which eventually led her to OpenSea and her filing of legal notices of copyright infringement.

While one may think a tokenized tweet will have no value, the NFT landscape works very differently. Jack Dorsey sold his first tweet as an FNT for over $2.5 million this year. However, when that technology is used for nefarious purposes like @tokenizedtweets has done, there needs to be some form of recourse.

For artist Rosa Menkman, the ability to have anything online tokenized as an NFT became very problematic. Four of her artworks were turned into "marble cards" through the MarbleCards platform — that platform lets users tokenize everything with an URL, either for better or worse. The “marble cards” were then put up for auction on OpenSea, creating even more friction between creators and the NFT industry.

Beating the Artist to the Sale

While the stories above are problematic in nature, things actually could be worse.

In late September 2021, artist Ludvig Holmen had a rude awakening when previews of his NFT collection were sold by someone else on an NFT marketplace. His first collection of 3D NFTs — dubbed GolemFactory — sold like normal (with him listed as the artist) and brought in 17 Ether.

However, his collection of 25 3D digital figurines with custom designs — called Kingdoms of Ether — was sold by someone else for a pretend NFT presale. That presale sold out in mere minutes, netting the culprit $138,000 in Ether. Presale buyers received sets of emojis rather than the NFTs they were looking for, and the culprit disappeared with the money and deleted their Twitter account.

As several individuals got duped in this presale, Holmen decided to come up with a way to compensate those affected by it. Although it remains unclear what will happen exactly, there have been talks of a free giveaway, among other options. Holmen primarily wants to make sure everyone else knows it was not him pulling the scam.

The theft of others’ artwork to create non-fungible tokens is a huge problem. Unfortunately, criminals have continued to abuse the NFT space, as some bad actors now actively steal usernames of NFT artists to impersonate them as a seller or to use the name on platforms known for stealing artwork. Such a deliberate approach to destroy an artist's reputation needs to be addressed sooner rather than later.

Another threat vector to consider is the possibility of copycat NFT collections. More specifically, a legitimate collection can be stolen on the marketplace it is listed on, using the same name with the intent to trick investors into buying the fictitious collection. Not only will this defraud investors, but it can ruin the reputation of legitimate artists in the process.

The Twitter account @nfttheft is dedicated to documenting all of these thefts and instances of cloning, copying, stealing and so forth.

Unfortunately, its timeline is still updating every day with new incidents. While most of the problems occur on the OpenSea platform, other NFT marketplaces face very similar problems. Whoever mints their original art is seemingly never safe from theft or impersonation, creating an unsustainable future for the NFT industry.

As well, buyers of plagiarized art need some form of recourse when incidents like these occur. That responsibility will likely fall on NFT marketplaces — although it remains uncertain if there will ever be a sort of "insurance" to keep buyers and artists safe.
This article contains links to third-party websites or other content for information purposes only (“Third-Party Sites”). The Third-Party Sites are not under the control of CoinMarketCap, and CoinMarketCap is not responsible for the content of any Third-Party Site, including without limitation any link contained in a Third-Party Site, or any changes or updates to a Third-Party Site. CoinMarketCap is providing these links to you only as a convenience, and the inclusion of any link does not imply endorsement, approval or recommendation by CoinMarketCap of the site or any association with its operators. This article is intended to be used and must be used for informational purposes only. It is important to do your own research and analysis before making any material decisions related to any of the products or services described. This article is not intended as, and shall not be construed as, financial advice. The views and opinions expressed in this article are the author’s [company’s] own and do not necessarily reflect those of CoinMarketCap. CoinMarketCap is not responsible for the success or authenticity of any project, we aim to act as a neutral informational resource for end-users.
2 people liked this article

NFTs
Liverpool FC Unveil NFTs That Transform Football Players into Superheroes — and Some Cost $75
As well as one-of-a-kind non-fungible tokens of the men's squad, LFC is offering a limited-edition collection that will cost fans $75 and offer a range of exclusive perks.
โดย {{ผู้เขียน}}
3 months ago
{{เวลา}}ในการอ่าน
NFTs
'NFT' is the Word of the Year for 2021
"Whether the NFT will have a lasting influence is yet to be determined, but its sudden presence in conversations makes it clearly our Word of the Year," Collins Dictionary says.
โดย {{ผู้เขียน}}
7 months ago
{{เวลา}}ในการอ่าน
Crypto Basics
How to Buy Cryptocurrency in India
CoinMarketCap takes at look at what you need to have in order to buy cryptocurrency in India.
โดย {{ผู้เขียน}}
1 year ago
{{เวลา}}ในการอ่าน
See all articles