What Are Japanese Candlestick Patterns?

Many of you might not know that the full name of those candlesticks you use for trading is actually Japanese candlesticks — and that they were invented four centuries ago. 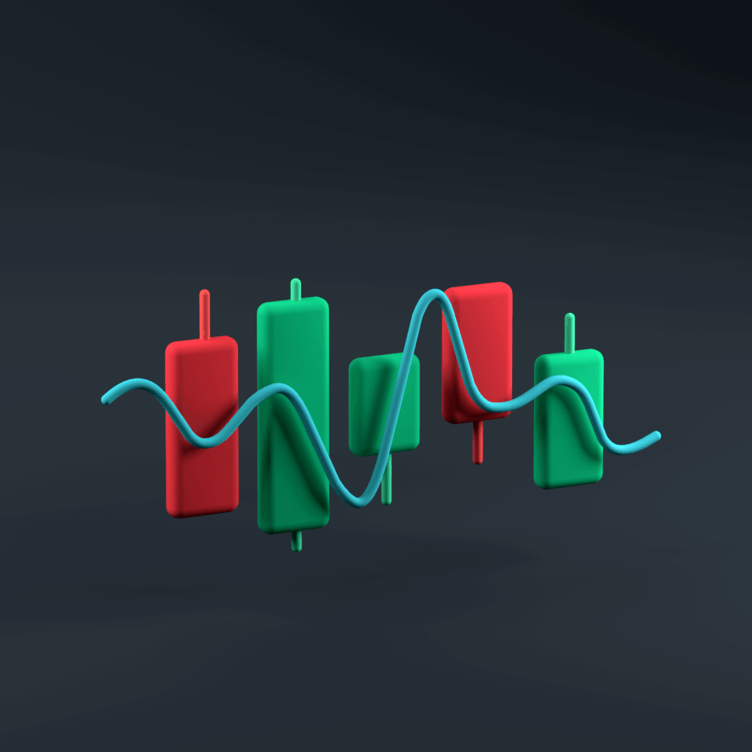 Japanese candlesticks and the patterns they create represent a visualization of financial data that is very popular with financial traders and technical analysts. Referred to as candlesticks based on their appearance, these tools show how an asset’s price swings between two extremes and therefore may offer bullish or bearish market insights into a traded asset’s future behavior that could be used for financial gain. A candlestick on crypto exchanges can represent price movement on various timeframes, as small as one minute, and as long as one month or more.

While their usage had already proliferated across every corner of the globe, Japanese candlesticks are actually the brainchild of Munehisa Homma, a trader who lived four centuries ago.

In the 1700s, Homma, a Japanese rice merchant, observed a connection between how rice price followed three things; supply, demand and traders’ emotions.

After its successful introduction into the Japanese stock market, the method found its way into the U.S. market, where it first appeared in a book authored by Steve Nisson, a technical analyst called “Japanese Candlestick Charting to the Western World.”

Notably, its arrival in the U.S. paved the way for the technique’s global adoption when interacting with financial instruments. Countless traders now regularly use candlesticks as a primary tool to determine when to enter or exit a trading position.

What Information Is Represented by a Japanese Candlestick Pattern?

A candlestick shows the direction of a particular commodity’s price. Significant indicators include opening and closing prices. Moreover, they show whether there has been a price increase or decrease within a selected timeframe.

The patterns take a candle-like shape with a body and a tail/shadow/wick attached to it (the body). Tails on the upper part display the closing and high prices, and vice versa.

A green or white candlestick body shows a positive price, while a negative price movement turns the body color to either black or red. Modern trading platforms allow traders to choose their preferred colors to represent bullish or bearish movements.

Candlesticks realistically represent market conditions by taking form in various patterns. They can be divided into single, double and triple candlestick patterns.

These form the basis of the other patterns. Notably, understanding single candlestick patterns helps in extracting market trends from double and triple patterns. Apart from the Marubozu (which will be explained below), the rest of the single patterns represent a reversal of the current trend.

In this category, there are eight basic candlestick patterns.

If the price doesn’t move, a Doji resembles a dash and has no tail. Doji shows a reversal or a neutral occurrence.

Apart from taking the shape of a gravestone, its name indicates a strong bearish force.

The hammer shows the end of a controlling force from either the bears or the bulls. Note that a hammer representing a surrender to the bears is called a “hanging man.”

In addition, it indicates that bears and bulls are fighting for control, but neither of them has the upper hand.

Instead, they indicate that the wind blowing in a particular direction has sustaining power. A standard line candlestick pattern can either be bullish or bearish.

When indicating the end of the road for the bulls, it’s called a shooting star, while the inverted hammer shows the bears have had enough and it’s time for the bulls to take over.

Engulfing Japanese Candlestick patterns indicate that a market trend is being overpowered or consumed by the other in the opposite direction. Two adjacent candles display it, indicating which movement, between bullish and bearish, dominates the other. For instance, a bullish engulfing candlestick will have a bearish candle followed by a bullish candle with a larger body. These patterns show a reversal in market behavior.

Tweezers also indicate a reversal but with a difference. Two candlesticks represent them with the same body and wick length. Tweezer can either be at the top (tails are on the lower side) or bottom (shadows are at the upper part). Note that tweezer bottoms signal a change of guard from bullish to bearish and vice versa.

Here, in order to deduce the message from the chart, three adjacent candles are read as an item. Two important patterns are the morning/evening star and the three soldiers. Although they both indicate a reversal, their representation is different.

Three soldiers, on the other hand, form a staircase-like pattern with three steps. For a bullish trend, it starts with a small candle, followed by a noticeably bigger candle, then an even bigger candle. They indicate a trend shift from bullish to bearish and vice versa.

Why Are Japanese Candlesticks Important?

Japanese candlestick patterns have historically given traders a reliable visual display to chart how a particular asset behaves. In addition, they’ve helped traders anticipate their next moves and position themselves in the line of profits in order for them to know when to sell, buy or hold.

While Japanese candlestick patterns can be a very useful tool to review the history of a cryptocurrency or stock or chart its potential future, it is important to understand that there are other factors to consider when employing them, such as fundamental analysis (such as their team, funding and community), overall market sentiments and trends, major news and the timeframe you’re using. Don’t just rely on one tool, but pick the best one and make an informed decision before trading.
This article contains links to third-party websites or other content for information purposes only (“Third-Party Sites”). The Third-Party Sites are not under the control of CoinMarketCap, and CoinMarketCap is not responsible for the content of any Third-Party Site, including without limitation any link contained in a Third-Party Site, or any changes or updates to a Third-Party Site. CoinMarketCap is providing these links to you only as a convenience, and the inclusion of any link does not imply endorsement, approval or recommendation by CoinMarketCap of the site or any association with its operators. This article is intended to be used and must be used for informational purposes only. It is important to do your own research and analysis before making any material decisions related to any of the products or services described. This article is not intended as, and shall not be construed as, financial advice. The views and opinions expressed in this article are the author’s [company’s] own and do not necessarily reflect those of CoinMarketCap.
7 people liked this article

Crypto Basics
Last Week on Crypto Twitter: SBF Gets Paid A Visit
Last week Crypto Twitter finally, sort of, moved on from the FTX drama. Now it’s all about the who-got-infected-by-FTX-drama.
โดย Werner Vermaak
14 hours ago
5ในการอ่าน
Crypto Basics
Proof of Reserves: These Exchanges Are Adhering to the New Standard
After the FTX collapse, a number of cryptocurrency exchanges have now moved to restore faith in CEXes by posting their Proof of Reserves.
โดย Werner Vermaak
1 day ago
5ในการอ่าน
Crypto Basics
The Grayscale Discount Explained: Could the Grayscale Bitcoin Trust Collapse?
Another week, another potential victim of contagion. You probably have heard phrases like "GBTC discount widens" or "Is GBTC in trouble?" swirling around.
โดย Werner Vermaak
1 day ago
6ในการอ่าน
See all articles