Romance is in the air as the president of El Salvador adopts a working-class persona to light-heartedly flirt online and a crypto company survey finds out that crypto can get you laid. 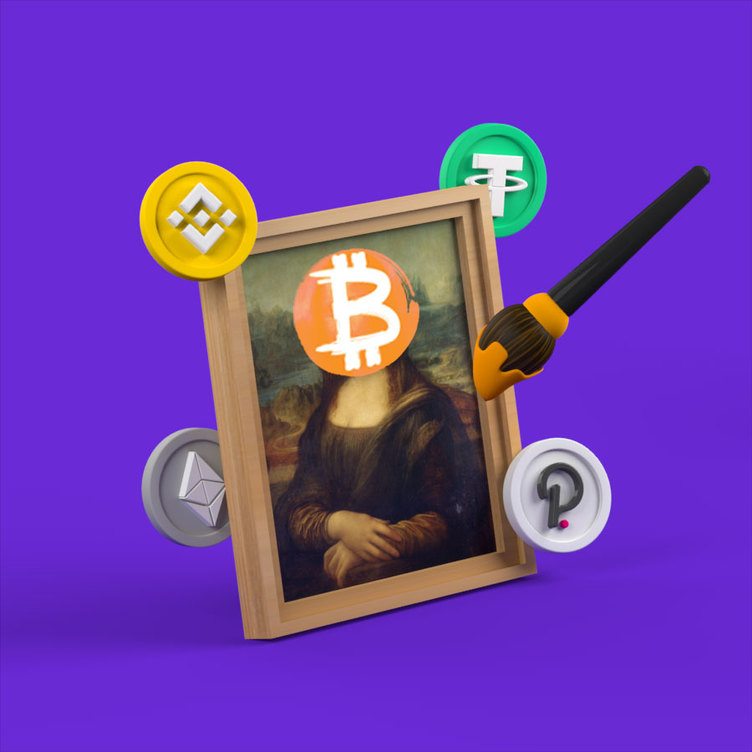 Following several weeks of continuous decline, the crypto market is showing signs of a modest recovery this week. There is a bit of variance in the performance of major cryptocurrencies: some are exhibiting sideway movement with prices not far above or below last Friday’s levels, while others have grown by double-digit percentages over the same period.

Perhaps feeling a bit let down by the market’s long-awaited yet underwhelming growth, one user has suggested an innovative way of speeding up the process of wealth generation for crypto holders:

In another attempt to boost the spirits of crypto enthusiasts, CNBC has published a study claiming that mentioning that you hold cryptocurrencies on your dating app profiles makes you more likely to score a date with at least 33% of Americans.

One caveat though: the study was performed by eToro, a self-described “social investment network” for crypto and forex, and its methodology has not been actually published — only the ultimate findings. Makes one wonder if maybe the survey’s sample was comprised entirely of the company’s clientele.

Not as uplifting was the largest hack of this week — and one of the largest ones of all time in crypto. A vulnerability in the blockchain interoperability protocol Wormhole had been exploited to siphon off 120,000 wETH, worth about $320 million at the time of the hack.

In order to maintain the financial health of Wormhole’s intricate multichain ecosystem, the protocol’s parent company Jump Crypto had injected the missing 120,000 ETH of its own back into the system. The team behind Wormhole has posted a $10 million bounty for the attackers to return the stolen tokens — an offer they have yet to respond.

Probably the funniest tweet to come out of this story was this screenshot, seemingly proving that the hackers have used the stolen funds to buy a series of Bored Ape Yacht Club (BAYC) non-fungible tokens (NFTs) — albeit, as it turns out, it was actually the result of the blockchain explorer service Etherscan misinterpreting Ethereum blockchain data.

Speaking of NFTs, this week they continue taking steady losses in both the court of public opinion and on the markets. Team 17, the developer behind the series of tactical video games Worms, had announced the release of a collection of NFTs dubbed “MetaWorms” — then canceled it just two days later, following severe backlash from players and other indie game studios.

Voice actor Troy Baker, whose NFT announcement we’ve already mentioned in an earlier crypto Twitter roundup, has also decided to call off his partnership with the VoiceVerseNFT startup (which, according to multiple commenters, is suspected of stealing voice actors’ content), after being subjected to severe criticism by his own fan base.
In a veritable nesting doll of dubiously valued assets and unpopular business models, GameStop has announced the launch of an NFT marketplace this week. GameStop (GME) is a video game and consumer electronics retailer that became famous last year for becoming a meme stock — a stock that temporarily traded far above its estimated fundamental value due to a buying push by enthusiastic investors, coordinated mostly via memes posted on social media.

After reaching the peak of $325 in Jan. 2021, GME has lost most of its momentum and is now trading around $100 — significantly below the all-time-high, but also very much above the levels characteristic of its pre-meme era. It remains to be seen whether the latest announcement is going to help GameStop stock regain some of its lost vitality or sink it even further towards a more sensible valuation.

Cryptoland, a project whose goal was to buy an island in Fiji in order to establish a crypto-themed and -powered community of like-minded enthusiasts, was revealed this week to have stolen its main mascot, Connie, from a defunct free-to-play iPhone app.

This might be the least of Cryptoland’s problems, though, as it has already failed to secure the actual purchase of the isle earlier this week, and got caught posting tweets of very questionable legality and morality regarding the expected age of consent laws in the supposed insular community in mid-January.

An article published on Wired this Monday has claimed that at least one “good use” for NFTs has been finally found: murals, graffiti and other types of street art, the author argues, can be put on the blockchain, in order to be digitally preserved long after the physical piece of art has been washed away or painted over.

One user has counter-argued that the technology for preserving street art had actually been invented and managed to enter widespread use quite a bit before the emergence of NFTs:

Not every NFT critic presents such thorough comparative analyses of alternative technologies though, as some users have resorted to outright mockery:

Finally, one of the most frequently featured guests of our crypto Twitter roundups, the president of El Salvador Nayib Bukele has had a number of things to say this week.

In one of his tweets, Bukele provides some hard-hitting mathematical proof for why a Bitcoin price surge is just around the corner. Although pretty solid, the president’s analysis is not exhaustive — as it overlooks why exactly the millionaires of the world would need to buy no less than one bitcoin (divisible to eight decimal places), or why would they not necessarily decide to buy any of the more than 17,000 other cryptocurrencies instead:
Continuing his mystifying idea of roleplaying as a McDonald’s employee from last week, it appears that the president has finally found a person willing to publicly engage in his carefully constructed fantasy. This has provided some necessary degree of back-and-forth to the hitherto awkwardly one-sided performance:

Unfortunately and uncharacteristically, there were no interesting crypto-themed tweets from Elon Musk this time — here’s hoping that next week we will get double the usual amount!

Crypto News
Podcast: Could Gemini Earn Customers Finally Be Made Whole?
Also today, there might be a big breakthrough in the long-running debate over whether the U.K. should launch a central bank digital currency.
โดย Connor Sephton
7 hours ago
1ในการอ่าน
Crypto News
Breakthrough at Genesis — Creditors Could Get Up to 80% of Their Funds Back
The 340,000 Gemini Earn clients with funds frozen on the bankrupt Genesis platform will share another $100 million from the exchange.
โดย Leo Jakobson
7 hours ago
3ในการอ่าน
NFTs
Targeting Thieves, OpenSea Puts Three-Hour Hold on Some NFT Sales
Saying fast resales can be a sign of theft, the leading NFT marketplace’s new tool can give time to detect thefts and prevent the purchase of stolen property.
โดย Leo Jakobson
7 hours ago
2ในการอ่าน
See all articles