The Significance of Forks in DeFi: A Deep Dive by Outlier Ventures
สารบัญ
The DeFi Landscape Amid Forks
Are All DeFi Forks Created Equally?
The SushiSwap and Foodie Saga
Did Forks Work? A Look Into the Current Climate
The Redemption of Forks: An Opportunity Instead of a Threat
Development Efforts Lead the Way
The Underlying Threat and Challenges for DeFi
Community as the Lightning for Adoption
Tech Deep Dives 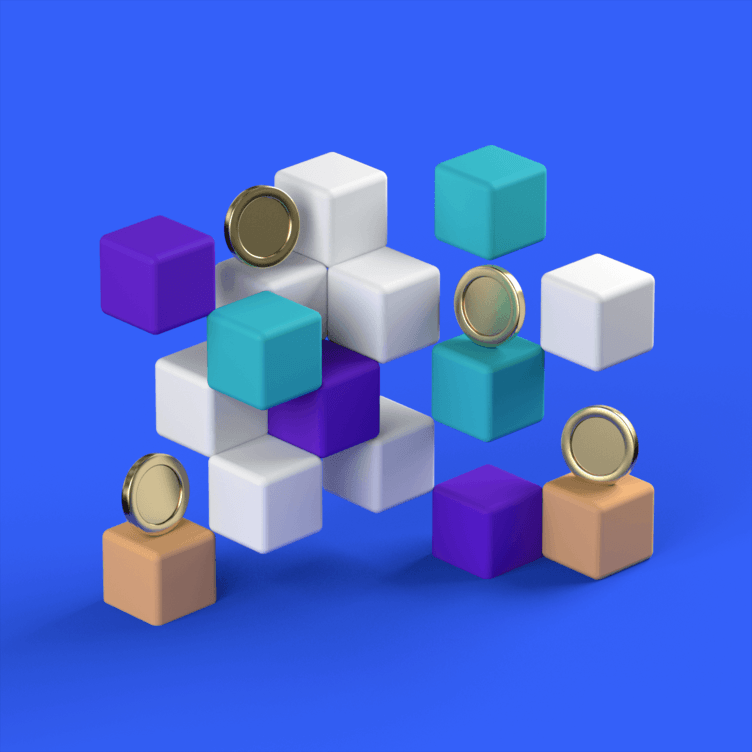 The DeFi Landscape Amid Forks

Decentralized finance (DeFi) is experiencing a new wave of excitement and adoption since mid-December after the DeFi summer blossom. The value of DeFi tokens rose to new highs, bolstering awareness of DeFi within the crypto community while attracting new users from traditional finance (TraFi).
During the summer craze, DEXs TVL peaked at $5.17B in mid-September, while the last six months saw that amount more than triple. In September 2020, DeFi’s TVL was double DEX’s TVL, having also tripled since the beginning of 2021, according to DeFi Pulse.

Amid such adoption, DeFi forks surged to attract the influx of enthusiasts. DeFi, at its essence, has an open-source approach, making it easier for developers to clone existing projects and deploying them in record time. In some instances, these forks are 100% clones of the original protocols, while others tweak the initial code.

DeFi main players range from trading (e.g., dYdX, 0x), lending (e.g., Maker, AAVE, Compound), derivatives (e.g., Synthetix), to the introduction of automated market makers (e.g., Curve Finance, Uniswap, Balancer). These clear winners of DeFi’s adoption have become prime targets for actors trying to take advantage of their innovation.
A standout winner to emerge from the DeFi summer is  Uniswap, which became a leading decentralized exchange in the market and the object of forks in a short period. Then along came SushiSwap, a direct fork of Uniswap, drying up liquidity from Uniswap while incentivizing new users with $SUSHI tokens and abnormally high yields (APYs).

In a matter of hours, even SushiSwap was the target of clones named after foodie-related terms like KIMCHI.Finance or Hotdog.Swap. Since then, some of the projects were able to pivot and turn into pillar projects within DeFi, while others were simply an arbitrage play, rapidly succumbing to their shortcomings.

Are All DeFi Forks Created Equally?

Uniswap launched in late 2018 but only gained mainstream adoption in 2020 due to its returns potential, an unprecedented ease-of-use interface in DeFi and a truly decentralized structure. Uniswap allows users to gain yield from providing tokens to liquidity pools while swapping newly created tokens with high price potential, making them attractive for active investors.

Uniswap’s appeal came from its seamless user-experience for those new to DeFi’s complexity, while offering better profit opportunities than centralized exchanges. Uniswap reached a record of more than $15B in trading volume in September 2020, while its monthly volume was only shy under $500M in June 2020. The enthusiasm around Uniswap led it to surpass one of leading centralized exchanges — Coinbase — in monthly volume in October 2020.

Naturally, developers with enough experience in the space jumped on the opportunity to leverage DeFi’s openness mantra and deploy projects that mimic successful adoption cases.

The SushiSwap and Foodie Saga

On Aug. 28, SushiSwap launched, taking away liquidity from Uniswap by offering the exact same experience but offering additional yield through liquidity mining, leading to its rapid increase and price boom. In the first week of launching, SushiSwap’s volume topped $900M. In less than two weeks, it surpassed $1.4B in TVL, while the $SUSHI token was listed on preeminent centralized exchanges (Binance and FTX). At the same time, SushiSwap was also a target of subsequent forks (e.g., Kimchi, SakeSwap), following similar strategies to gather liquidity by increasing rewards for users.

The attractive incentives aligned with tokens' price appreciation potential seen in the first hours of trading led many to ignore the possible future liquidity issues, unaudited contracts and risk of impermanent loss. While most forks crashed in days, Sushi endured for more than two weeks after a windfall on its price and volume — right up until its founder sold project tokens, generating suspicion in the DeFi community.

Did Forks Work? A Look Into the Current Climate

Since the DeFi summer craze, many other players entered the DEX space building on top of original forks. Swerve Finance, a fork of Curve Finance, is currently the twelfth largest DEX by total value locked, while Cream Finance, which is itself a  Compound fork, sits at the seventeenth position. However, the original projects — Curve and Compound — remain the leaders of the category with significant volumes and upgrades.

With the migration of investors from centralized exchanges to decentralized options, the former also engaged in forks of popular platforms to take advantage of DeFi’s interest and fee-generating potential.

For example, DeFi Swap is a Uniswap fork powered by Crypto.com, while Binance launched Binance DEX. Centralized exchanges can attract a high number of users due to their scale, reducing the liquidity risk for new DEX investors while transmitting more trust than independent forks. Furthermore, centralized exchanges such as Binance are doubling-down on new chains (e.g., Binance Smart Chain), opening more options for developers to build decentralized applications. As a result, developers are forking existing projects and launching them in those chains that can benefit from network effects. For example, recent AMM projects gaining rising adoption, such as Pancake Swap, are SushiSwap forks built on the Binance Smart Chain.
However, Uniswap is still dominant with more than $100B in cumulative trading volume, while its total value locked has more than doubled since the start of the year. Uniswap’s dominance is partially due to the entrance of new competitors in the space, which led to the fast implementation and airdrop of the UNI token. In a way, Uniswap benefited from the competition to accelerate its growth and governance participation, despite the threats of competitors drying up liquidity. The quick turnaround of new projects based on forks leads to more experimentation and competition in the market due to DeFi’s open essence.

Even though most copycats do not survive the passage of time, SushiSwap and subsequent forks with medium-term innovation prove the immense market opportunity for new decentralized options, even if the first steps are not linear. At the same time, the increased competition between platforms leads to a better end-product due to the multiple iterations and experiments of existing developers from DeFi’s open protocol culture. When choosing where to put their money, DeFi users' allegiance to a particular platform is not blind while new profit-making options emerge in DeFi’s shifting landscape. Nonetheless, products with solid communities, more security (e.g., prevention from exit scams), competitive yields and a long-term roadmap will take center stage.

The Redemption of Forks: An Opportunity Instead of a Threat

From an ethos perspective, we could say that the DeFi mantra of decentralizing a sector long-dominated by archaic institutions seems to be in line with the ability to fork a project and develop on it. On another side, DeFi’s original creators may argue that its mantra is fulfilled only by building native decentralized projects.

As in most matters, the answer lies in the balance between both positions. Forks need to follow an honest approach to DeFi's continuous improvement instead of chasing founders’ personal gain. DeFi is fully decentralized and open, benefiting from a global pool of talent leading its use-case to boundless adoption.

The key differentiation of each DEX starts from its development efforts and roadmap. In a recent study, Outlier Ventures found that Maker, Gnosis and Synthetix are the DeFi projects with more development activity in 2020 while also having the highest number of active developers, followed by Compound and Uniswap.
As a result, development trends seem to reflect player’s dominance in the marketplace. Furthermore, Uniswap, Maker, Gnosis, yearn.finance and SushiSwap are the protocols with the most forks. In terms of code commits, Aave and Bancor are at the top, while the growth of Yearn Finance and SushiSwap is on par with incumbents.

As we’ve seen, even the projects that start as clones only obtain long-term adoption from branching out in the features they give users. We may see in the future the rise of more development funds to assure products evolve in the ever-changing DeFi sector.

The Underlying Threat and Challenges for DeFi

The speed at which the launch of a new platform is possible raises short-term threats to current winners seeing their user base try other alternatives. However, DeFi's real challenges come in the long-term as these new platforms develop into fully-fledged alternatives and natural selection shifts dominant market shares.

The main development concerns for DEXes adoption remain the loyalty (of liquidity) issues, high transaction fees and security. Copycats can start with only higher rewards for users, but if they can overcome DeFi’s main objections with a consistent upgrade roadmap, they will dry liquidity from the least efficient alternatives, even if those are the original, copied platforms. Security concerns such as rug pulling and exit scams are still a relevant issue to solve in DeFi, besides increasing their trust and reputation.

On top of development, smart capital can get behind promising projects to propel growth for truly ingenious products while raising their assurance in the marketplace.

Community as the Lightning for Adoption

At the core, community building reflects all other steps taken into the development and long-term sustainability of DEXes. At first, early adopters form an engaged community to solve the DEX chicken and egg liquidity challenge, while the product's continuous fostering leads to crossing the chasm of adoption. If forks cherish their first wave of users with a mature product throughout time, the market will also embrace them.

DeFi is full of market opportunities to be filled by new platforms built upon its decentralization mantra that will broaden its primary and secondary markets even more. Beyond the opportunities, DeFi’s open-source nature leads to more innovations at a faster pace, leading to better end-products for consumers.

As the market matures, a few winners will emerge based on community, solving underlying structural challenges and long-term incentives between creators and investors regardless of their fork origin or not.

We are Outlier Ventures.

Tech Deep Dives
What Is Royal BNB (RB)? Features, Tokenomics and Price Prediction
CoinMarketCap takes a deep dive into Royal BNB (RB), a token that provides 15% ROI to RB holders in the form of BNB along with an auto-claim feature.
โดย Hassan Shafiq
1 year ago
3ในการอ่าน
Tech Deep Dives
What Are P2E Coins, and Why Are They Doing So Well?
Why are some gamefi tokens doing so well in this relatively bear-ish market?
โดย CryptoJelleNL
7 months ago
4ในการอ่าน
Tech Deep Dives
What Is ParaState (STATE)? A Platform That Brings Ethereum DApps to Polkadot
ParaState plans to bring Ethereum smart contracts to Polkadot.
โดย Daniel Phillips
7 months ago
4ในการอ่าน
See all articles