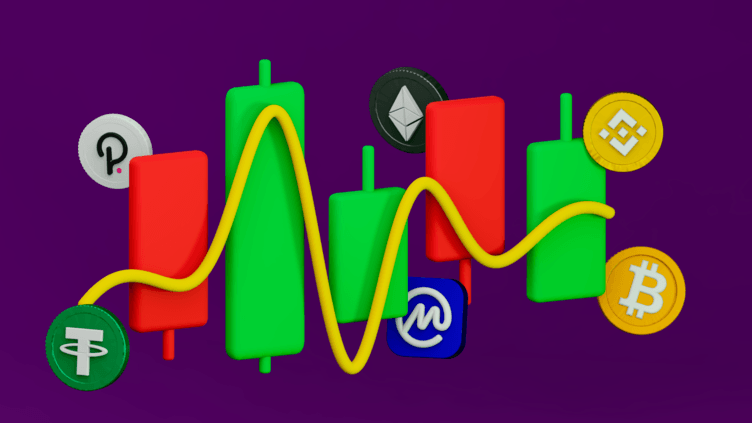 In this technical analysis, we will observe the Fantom (FTM) token using multiple technical indicators. FTM had a massive run-up from the ‘Covid-capitulation’ lows. After the token made a new all time high in October 2021, a correction occurred.

The question now is if this correction is over or should you expect more movement towards the downside? Let’s have a look at the charts to find out!

Keep in mind that this is the logarithmic chart. If you use the ‘Auto’ chart here, a big part of the run up wouldn’t be visible due to the massive gains that were made!

Measured from the absolute rock bottom in March 2020, FTM did a 2000X in 20 months time, which is an incredible rise. Then the token corrected during the last months of 2021 and bulls tried to break the ATH in early 2022. They failed to do so and Fantom fell back sharply, declining about 70% in two months.
The last few weeks, FTM has been in an uptrend again. The 200 EMA and 3-day demand zone provided great support once again, just like they did in July 2021.

FTM is facing two EMAs, 50 & 21, as resistance. A little above at ~1.94$, there is also a zone which will most probably provide resistance.

If FTM reclaims those levels, what are the chances that the bottom is in and that a new uptrend can begin? Let’s zoom in more to find out!

FTM/USDT on a 1D chart

The range described in the previous chapter is better visible on a 1-day chart. You see an aggressive selling mode at the all-time-high back in October 2021.

FTM fell into the correction zone sharply. But in the late 2021, the bulls made a huge comeback and tried to let FTM break out again, but unfortunately, the price only deviated above the range highs.

Fantom started to correct once again and deviated below the December lows in March. This can be the beginning of a new uptrend, but FTM has to reclaim the EMA’s and an important former support zone first.

A reclaim of the broken range, marked with the squiggled line, would be the confirmation that this low in March was indeed a deviation/trap to the downside.

$2 is a rounded key level to watch. If bulls are strong enough to reclaim that zone, the future for those bullish on FTM is bright.

When you zoom in more, you see the possible deviation to the downside in the orange box. Right around that place there was a solid amount of buying volume coming in.

FTM started to trend upwards from that moment on, and it is still in that uptrend today. You can see that the 21 & 50 EMA were really supportive along the way.

Now that FTM broke above the 100 & 200 EMA too, a retest of the 200 EMA, followed by a successful new leg up would be the best to confirm a trend change in favor of the bulls.

A reclaim above that level would be very bullish and FTM hodlers could start thinking about higher targets.

Trading Analysis
Technical Analysis: LINK, HIVE, DOT, BAT, FLUX and APT Price Prediction (Jan. W4)
Bitcoin has broken out of the strong resistance at $21,800 and has hit the $23,000 mark. Let's see how the web 3 tokens are performing!
โดย Ansh Rathod
5 hours ago
3ในการอ่าน
Trading Analysis
Technical Analysis: MANA, SAND, RACA, STX and GALA Price Prediction (Jan. W4)
Metaverse and NFT coins have made some significant moves in the past week. Let’s have a look at how they are performing in the 4-hour charts.
โดย Scarpa
6 hours ago
2ในการอ่าน
Trading Analysis
Technical Analysis: DOGE, SHIB, BABYDOGE, CATE, FLOKI and SAITAMA (Jan. W4)
Memecoins kicked off the new year with a bang! Will this run continue?
โดย Young Crypto Wolf
3 days ago
3ในการอ่าน
See all articles