Contributor: Smart contracts are hungry for data. Some can be executed with on-chain data, but others need to be fed reliable data sources from outside of their network. This is where an oracle comes in. 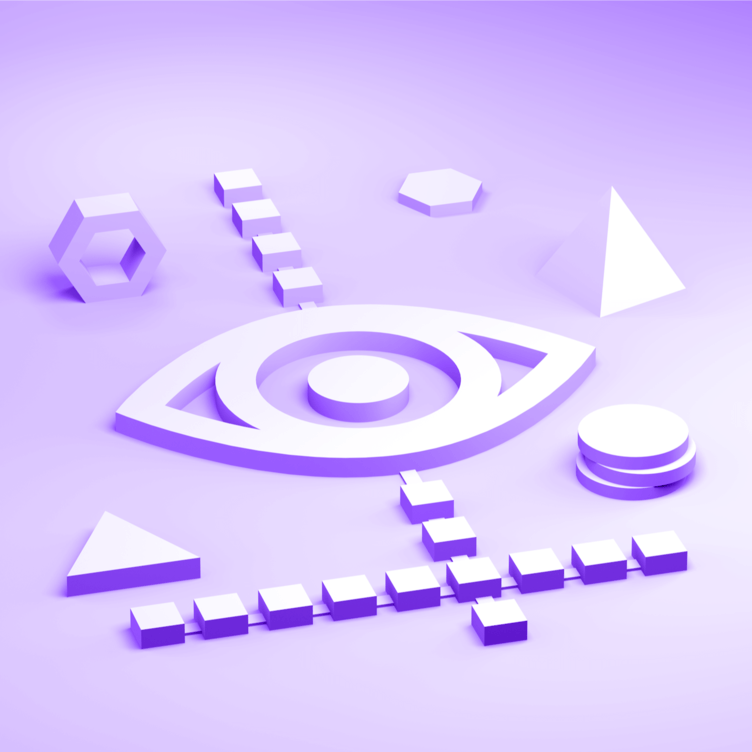 ‍Blockchains are blind to the outside world. Oracles help them see.

Oracles allow developers to create powerful smart contracts, opening up the blockchain ecosystem to the centralized world and inviting it to come in. If a smart contract needs to know whether it rained on Tuesday, what the price of a barrel of oil is, who won the US presidential election, or what song is currently topping the charts, an oracle feeds it that data. It’s a technological mediator on a global scale: world, meet oracle, oracle, meet blockchain.

Oracles are the lynchpin of the DeFi movement. Decentralized finance relies on accurate, verifiable data. Derivatives, insurance, and trading all require external inputs to function. Oracles fuel smart contracts with the information they need to execute, converting off-chain data into an accessible format. If a smart contract needs to know the value of an asset, that data is delivered by an oracle. The accuracy and relevance of the data determines the value of the smart contract, whatever it is used for.

If the data is wrong as the result of manipulation or simply wrong implementation, the smart contract loses its value. Further, if the data trail is not auditable and the methodology and sources are not transparent, the source of the error can’t be corrected easily. That’s why oracle design is so important. Each approach has its own benefits and downsides to consider, balancing a myriad of factors such as centralization, transparency, governance and more.

The goal of this article will be to highlight the different approaches taken by the major players in the market today, and to see the different tradeoffs they chose to make and how they compare.

A Deeper Look at Oracles

Chainlink is the leader in the space and pioneered adoption of blockchain oracles. Building a “framework for building decentralized oracle networks that give your smart contract access to secure and reliable data inputs and outputs,” Chainlink is rightfully considered an oracle pioneer. The project has successfully capitalized on its early mover advantage to build momentum, capture market share and establish key partnerships with the likes of Kyber Network, Fulcrum, Opium Network and Synthetix.

Chainlink’s oracles operate as a decentralized network of nodes under centralized governance and control. While the project is transparent in certain areas, some of its inner mechanics are not. Chainlink nodes source data from multiple sources to create "redundancy’"of data. The feeds are then compared to remove attempts to provide fake data.

Chainlink is the oracle market leader, but despite its first mover advantage, Chainlink’s position is being threatened by many novel challengers. Disruption is the norm in blockchain with new technologies overtaking established players regularly. With that in mind, let’s take a look at the competition.

While most oracles are validated on Ethereum, Band Protocol works on the Cosmos network, a system of interconnected blockchains with the long term goal of creating an ‘Internet of Blockchains’. Band describes itself as “a cross-chain data oracle platform that aggregates and connects real-world data and APIs to smart contracts”.
This places Band at the convergence of a number of strong market trends including DeFi and interoperability, helping to drive massive growth and a 9,000% boost for the BAND token in just six months. Band Protocol seems to shares some strong similarities to Chainlink, yet the way they approach interoperability sets them apart. While Chainlink seeks to operate across top blockchains with modular external adaptors, Band’s adoption of Cosmos should allow it to natively bridge data to other blockchains.

One of the trade-offs of the Tendermint technology on which Cosmos — and by extension Band — is built is that it does not allow the protocol to reach consensus or validate the data that oracles return. Oracle data is instead implicitly trusted, a fact which, according to a recent audit, the Band Protocol team is aware of, and may look to re-examine at some point in future. Data requesters can instead flexibly specify how to aggregate raw data using a WebAssembly script.

Nest touts itself as the first oracle network to produce and verify price data on-chain. According to a Nest press release “every data point has been agreed upon by market validators, in line with the blockchain consensus mechanism. NEST-Price synchronizes the off-chain price in a highly decentralized manner, creating real and valid price data on-chain. This is the unique differentiator between NEST-Price and other price oracles.”

Nest is the newest kid on the block with less time to make an impact than its peers. Despite this, it has already gained a good amount of attention in the oracle market. It is transparent in its sources, calculation methodologies and is largely decentralized.

The idea at the heart of Nest is certainly intriguing, and the project has already partnered with HBTC exchange. If the project is to make serious inroads beyond its native China, however, it may need to strengthen its English language support which is patchy at times. As it stands, Nest could quickly further its cause with some better translation services if it wants to capture a more global market.

Tellor is a project with big ambitions that seeks “to become the standard source of high value data for decentralized applications.” More specifically, Tellor is concerned with providing high quality price feeds for the DeFi industry. The Tellor network incentivizes its oracles to provide off-chain price data with its native cryptocurrency Tributes (TRB). To successfully mine TRB tokens, a minimum of five miners must provide both a proof-of-work solution on-chain and an off-chain data point required by a smart contract on the Tellor network. Additionally, miners must stake TRB so that if they supply data that is later successfully challenged they lose their staked tokens.
Tellor has already won financial backing from some of the big names in blockchain including Binance Finance Labs, Maker DAO and Consensus. Built on the Ethereum blockchain, Tellor is decentralized at the data validation level, with decentralized governance as of the beginning of October 2020 when they destroyed their admin key, transparent on most levels, yet we were not able to find out details about the calculation methodologies behind their oracles.

DIA's (Decentralised Information Asset) primary focus is providing diverse data sources for DeFi, and to do so in an accurate, auditable and decentralized manner. DIA’s approach of initially targeting DeFi-specific information needs has worked in its favor, as it is receiving a lot of attention in the space. Despite this initial focus, DIA is already offering non-blockchain specific data like Fiat FX rates and interbank lending rates. In the long-term DIA plans to be the prime delivery platform for financial data for both the decentralized and traditional financial markets.

DIA is “an open-source oracle platform that enables market actors to source, supply and share trustable data.” DIA’s main differentiator is in the way it sources and processes raw data into insights in a decentralized way. DIA also embodies crypto ethos principles, committing to its open-sourced, high transparency, and decentralized approach.

DIA also differentiates with its decentralized voting system baked into the protocol. The stakeholders of DIA can dispute, validate, and source data across the system — free from centralized control. One question is how their initial focus on DeFi will evolve when they start to apply their platform to the traditional financial market space.

Decentralised Oracle Service (DOS) places strong focus on the computational power of its network. Its mission is to “boost blockchain usability with real world data and computation power” in a manner which will “mainstream blockchains.” DOS is decentralized, chain-agnostic, near real-time and crypto incentivized. As with a number of players in the oracles market, DOS paints itself as the perfect solution across multiple use cases and industries including derivatives, crypto lending, gambling, insurance and computational power. The last of those, computational power, is what best separates DOS from the rest of the pack. DOS also claims to supply "unlimited" verifiable computational power, which is a bold claim.

Although Chainlink has made the most of its early mover advantage, there are now a number of interesting market challengers that prove there is room in blockchain for innovative new approaches for oracle solutions. While there are similarities right across the group, there are some interesting outliers too. Band for instance is the only project to be built on the Cosmos network, while DIA is the project that best embodies the decentralization ethos with its crowd-incentivized validation mechanisms and commitment to transparency and open-source. The overall trend for oracle providers seems to be moving towards greater transparency and decentralization, and the general philosophy is to provide oracles for all use cases or focus specifically on DeFi applications. Where oracles do specialize, fintech and DeFi are the chosen areas. With a number of upcoming players now quickly gaining significant market share, and each with its own differentiators, the battle for oracle supremacy is just beginning to heat up.

Disclaimer: this piece was updated on Nov. 10 at 1:39pm EST to reflect that Tellor has switched to decentralized governance as of October 2020.

https://tellor.io/whitepaper/#tellororacle‍
This article contains links to third-party websites or other content for information purposes only (“Third-Party Sites”). The Third-Party Sites are not under the control of CoinMarketCap, and CoinMarketCap is not responsible for the content of any Third-Party Site, including without limitation any link contained in a Third-Party Site, or any changes or updates to a Third-Party Site. CoinMarketCap is providing these links to you only as a convenience, and the inclusion of any link does not imply endorsement, approval or recommendation by CoinMarketCap of the site or any association with its operators. This article is intended to be used and must be used for informational purposes only. It is important to do your own research and analysis before making any material decisions related to any of the products or services described. This article is not intended as, and shall not be construed as, financial advice. The views and opinions expressed in this article are the company's own and do not necessarily reflect those of CoinMarketCap.
14 people liked this article

Tech Deep Dives
What Is Terraformer (TFM)?
CoinMarketCap takes a deep dive into Terraformer, a launchpad that pledges to terraform the LUNA landscape with an array of hand-selected projects building on Terra.
โดย Daniel Phillips
8 months ago
5ในการอ่าน
Tech Deep Dives
Africrypt Hack - One of the Biggest Crypto Hacks in History
A tale of two teenagers who fled with $3.6 billion and never got caught. How did it happen? Read more to find out!
โดย Sarah Ahmed
10 months ago
4ในการอ่าน
Tech Deep Dives
Is UNISWAP V3 Sacrificing Retail for Capital Efficiency?: Flipside Crypto
Flipside Crypto takes a dive into how Uniswap's v2 compares to its v3.
โดย Rochelle Guillou
10 months ago
4ในการอ่าน
See all articles